One week before the 2014-15 season opener, the Checkers took the ice for their first preseason game and emerged with an overtime victory thanks to Phil Di Giuseppe.

In the first of two preseason meetings between the two squads, the Checkers and the Norfolk Admirals squared off at Extreme Ice Center in Indian Trail. The game acted as an introduction of fans to many of the new faces that make up the current roster, including offseason addition Kyle Hagel. Hagel struck first for the Checkers, receiving a feed from the corner courtesy of Jared Staal and sending a shot past Admirals goalie Igor Bobkov for the lone goal of the period.

The scoreless second period was littered with penalties for the Checkers, including a 10-minute misconduct for Hagel and three power plays for the Admirals. Norfolk took the lead with two rapid strikes in the third, one on a quick backdoor play to Antione Laganiere, the other one a breakaway from Nicolas Kerdiles. 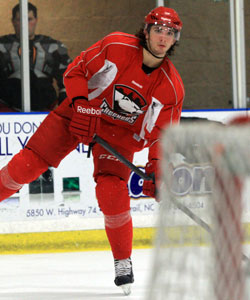 Greg Nemisz responded for Charlotte soon after with a beautiful goal to even the score once again. On an odd-man rush, Nemisz spun around a diving Norfolk defenseman and backhanded the puck past a sprawling Bobkov. Still deadlocked after 60, the game headed to overtime. The new overtime rules were in effect, but ended up being unnecessary, as rookie Phil Di Giuseppe ended things 63 seconds in with a blistering shot that beat Bobkov short side, giving the Checkers a 3-2 victory.

Di Giuseppe, who played three games with the team last season after the conclusion of his collegiate career, will be counted on to bring offensive firepower to a squad that could be losing most of their primary scorers from the year before. Head Coach Jeff Daniels was pleased with what he saw from Di Giuseppe, specifically with the game-winner.

“He showed on that shot that it’s quick and it’s hard and it can be deceiving to some goalies,” said Daniels. “I’m not going to be on him about shooting the puck. He has a great shot.”

When asked if he felt any chemistry developing with specific teammates, the former Michigan Wolverine quickly pointed to linemate Justin Shugg.

“I think me and Shugg,” said Di Giuseppe. “He hooked me up with that pass at the end there. It was a nice read there coming across the blueline.”

While many of the players on the ice had been skating in Hurricanes camp and had even gotten into some NHL preseason games, others had this contest as their first game since last season. One such player was John Muse, but his play in net did not seem to be affected by rust, stopping 32 shots.

“Muse wins,” said Daniels. “He makes the saves he’s supposed to and doesn’t get rattled. He gave up two quick ones, but he shut the door the rest of the way.”

As far as takeaways from the game, Daniels did note that the team needed to stay out of the box, but his penalty kill unit holding the Admirals to 0-for-6 on the man advantage was definitely a bright spot, especially for a team that hasn’t had much time to work on those systems.

“It’s a positive in a game like this where you can work on your PK out here,” said Daniels. “It’s something we haven’t worked on. It’s something that we’ll work on this week. But I think being in a game-like situation where you’re killing one after another, two five-on-threes, hopefully in the long run it’ll be helpful.”

The Checkers will head to Norfolk tomorrow to take on the Admirals once again to close out their preseason slate. Not having had a lot of time to really take a look at his team as a whole, Daniels is planning on using both games as a tool to evaluate what he has, including line combinations, in preparation for the rapidly approaching season opener at Milwaukee.

“It’s tough to judge that first day,” said Daniels. “I’m going to switch them all up for tomorrow. Throw them against the wall and see what sticks, so to speak.” 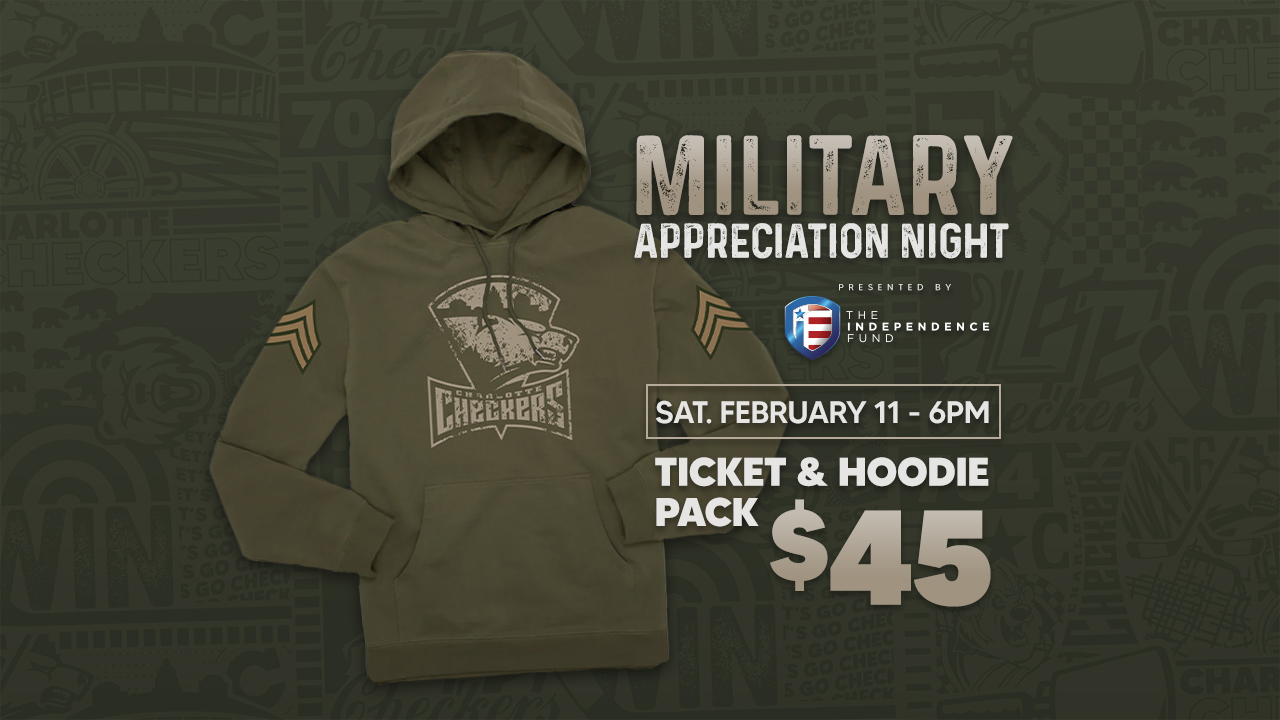