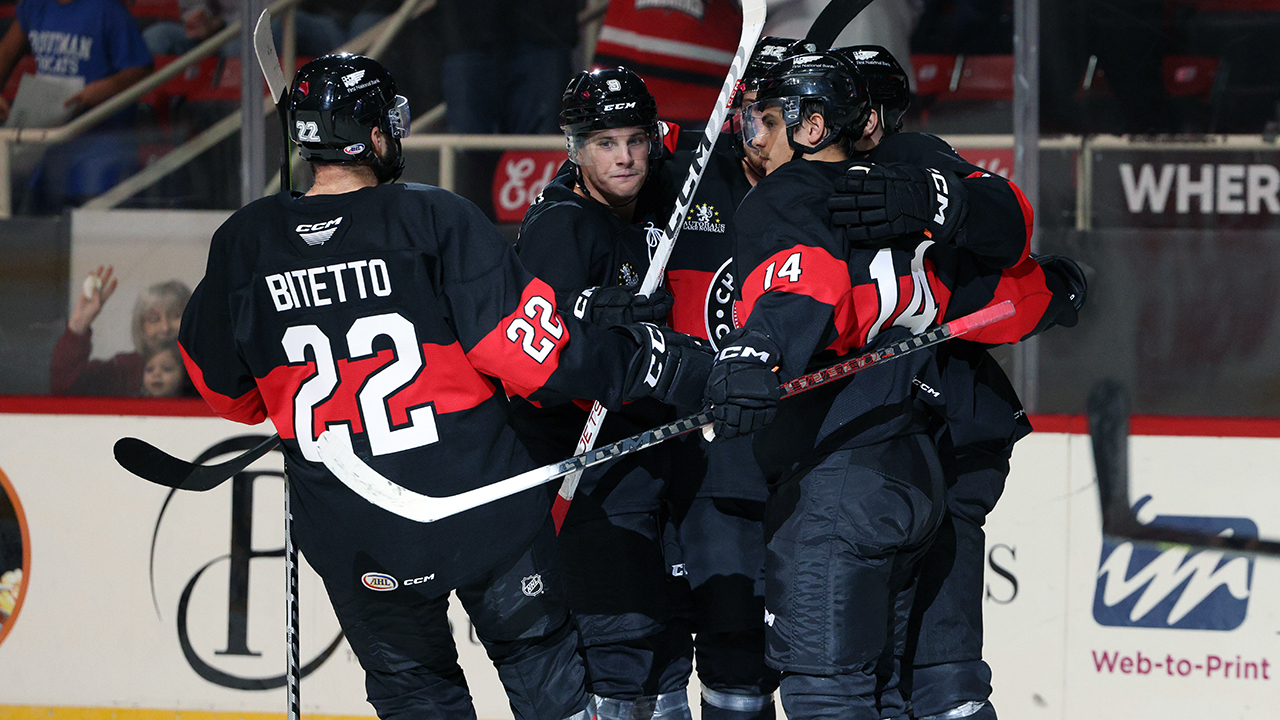 The Checkers opened up the 2022-23 season in dramatic fashion, beating the Hartford Wolf Pack 4-3 in overtime.

Deadlocked after 60 minutes of play, it didn’t take Charlotte much longer to put an end to things. Just 35 seconds into the extra frame Anton Levtchi - playing his first North American pro game - picked up a slick feed from Riley Nash at the left circle and dangled his way across the mouth of the crease, lighting the lamp for the second time tonight and clinching two points for the home side.

The Checkers and Wolf Pack traded goals for much of regulation, with Aleksi Heponiemi netting the season’s first tally less than five minutes in and Levtchi converting on the man advantage early in the second. Former Checkers Julien Gauthier broke the pattern midway through the third and gave Hartford its first lead of the contest, but new addition Chris Tierney came through in the clutch. With under eight minutes to play, the veteran forward knocked home the tying goal and set the game on course for overtime.

Making his first start in a Charlotte sweater, J-F Berube came through when called upon with 19 saves in a winning effort, while the rest of the Checkers defense suffocated the Hartford attack - allowing just a single shot in the third frame.

SCORE SHEET PHOTO GALLERY
Coach Geordie Kinnear on the game
It was good. I think the chemistry built over time and they had their game legs going a little bit. They’re probably sick of practicing and sick of all the meetings and video and all that and just wanted to play, so I thought they did a good job of it. Lots of mistakes obviously, but we knew that going in and were going to accept it. We wanted to play with how we wanted to play with the identity, and we saw spurts of it. We’ll build off of it.

Kinnear on Anton Levtchi
Two goals, but what I liked is that I asked him to do some certain things with his skating and moving his legs, and he did that and you get rewarded when you do it the right way.

Chris Tierney on the game
I thought we were good and I thought we played fast. We had big shifts in the o-zone and guys were coming back and closing gaps early. I was happy with the way we played.

Tierney on younger players in the lineup
All those guys were good players in junior and they played in big games. You come to the pro level and play in big games, that’s how you learn. I thought everybody did a good job and some of the young guys looked really good out there tonight

Tierney on his first game in Charlotte
It was fun. It was a rowdy crowd out there and they cheer and get the boys going. It was fun.

Tierney on Levtchi getting two goals
It’s nice when you can score early. He has a great set of hands on him and you saw what he can do tonight. I wouldn’t be surprised if you continue to see that from him.