Checkers Come Up Short In 5-1 Loss To Bruins 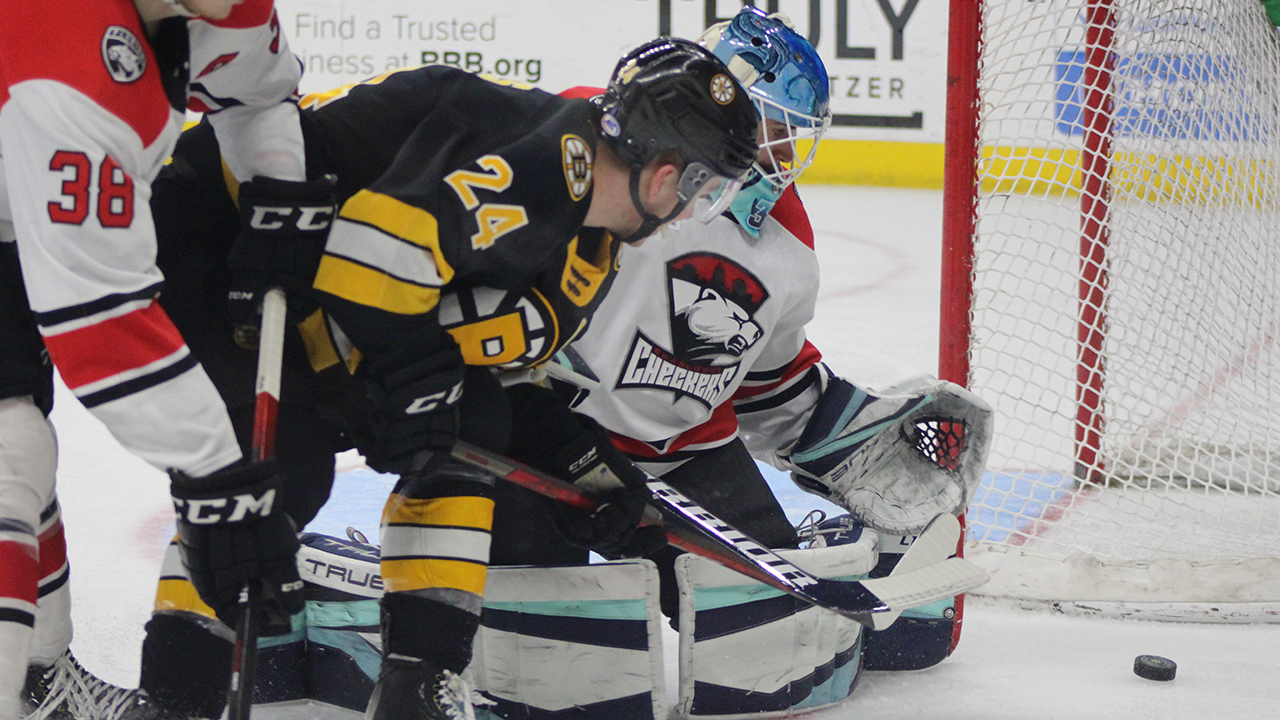 The Checkers started off their lengthy road trip on the wrong foot in Providence Friday night, stumbling to a 5-1 loss against their division foes.

The Bruins set the tone in the opening frame and kept on the throttle from there. Cameron Hughes pounced on a shorthanded breakaway opportunity and buried it to open the scoring early, then the Bruins struck twice in the final minute of the period to build a commanding 3-0 advantage through 20 minutes of play.
SCORE SHEET PHOTO GALLERY
The home side tacked on two more to stretch the lead to 5-0 before the Checkers were able to make a dent later in the third period, when Alexander True got a piece of a Dennis Cholowski point blast to spoil Providence’s shutout bid. A rally wasn’t in the cards for Charlotte, however, and the visitors skated away at the final buzzer with a 5-1 defeat.

Tonight snapped Charlotte’s five-game point streak … The Checkers are 0-2-0-0 against the Bruins this season … Joey Daccord entered the game in relief of starter Spencer Knight in the second period following Providence’s fourth goal … The Checkers have allowed a power-play goal in five consecutive games … Dennis Cholowski has assists in three straight games … Owen Tippett has recorded at least one assist in each of his three games with the Checkers this season … Alexander True has three goals in his last three games … The Checkers have scored a power-play goal in each of the last two games … Tonight snapped a five-game winning streak for Spencer Knight … The Checkers have surrendered at least four goals in four of their last seven games … Providence’s opening goal was the third shorthanded tally allowed by Charlotte this season … Grigori Denisenko, Max Gildon, John Ludvig, Gustav Olofsson and Christopher Gibson all missed the game due to injury … Ryan Lohin and Justin Nachbaur were healthy extras

The road trip rolls on for the Checkers as they visit Springfield tomorrow at 7:05 p.m.