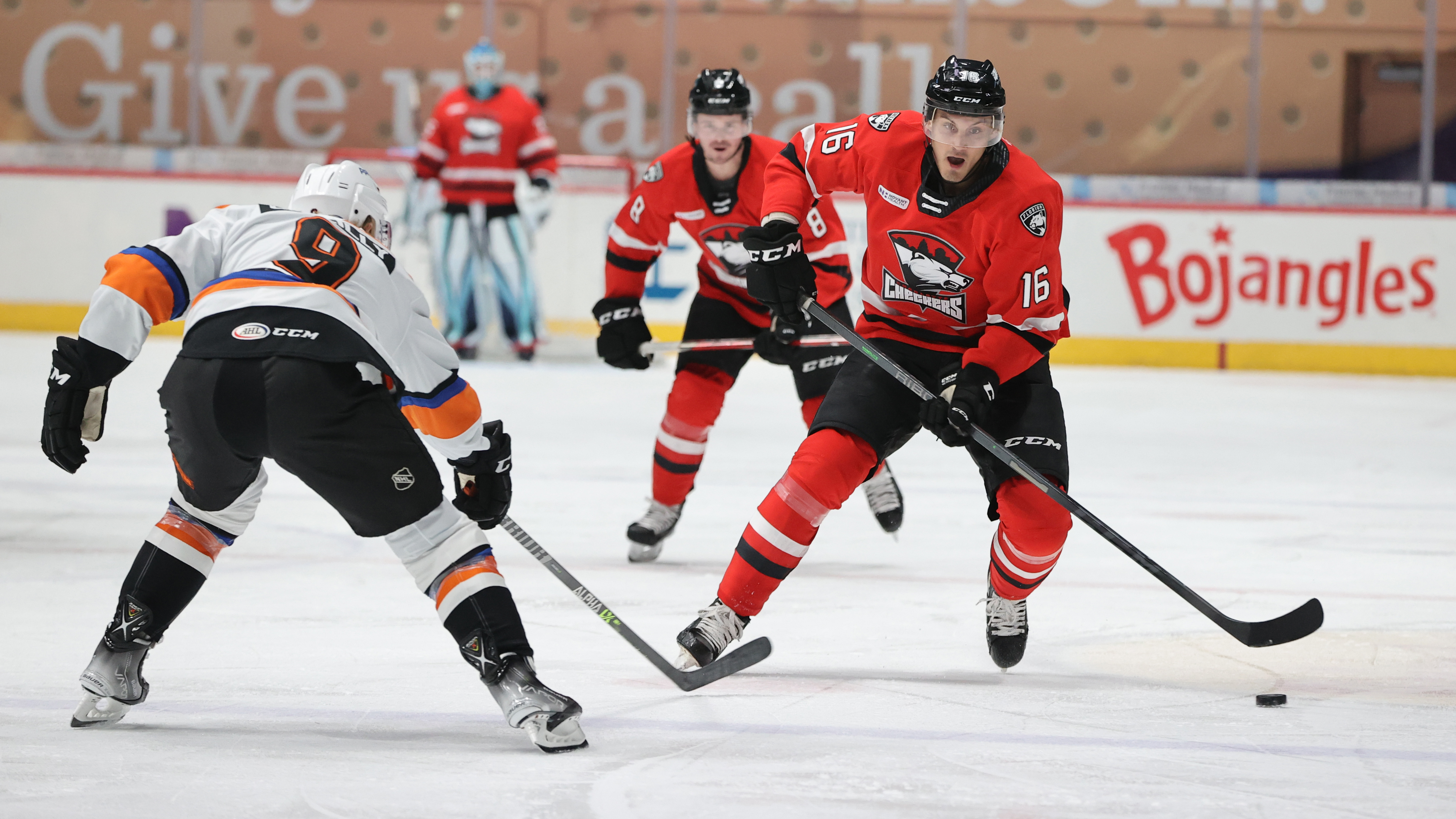 A third period rally made things interesting, but the Checkers ultimately fell short Sunday afternoon in a 5-3 loss to Lehigh Valley.

Cole Schwindt kept his hot streak going when he opened the scoring early on in regulation, but the tide would turn in the Phantoms’ favor from there. The visitors would even the score minutes later, and then pour in the next three goals to build up a commanding 4-1 advantage early on in the third for Lehigh Valley.

The Checkers showed some fight in the final frame, however. Connor Carrick’s power-play strike sparked the home side and Scott Wilson’s tally just two minutes later pulled Charlotte within one with over 15 minutes remaining. They would continue to push the play, outshooting Lehigh Valley 17-7 in the final frame and seeing several near chances go their way, but the Checkers couldn’t solve netminder Felix Sandstrom down the stretch and time ran out on a 5-3 defeat.

While Antoine Bibeau started the contest and stopped seven of the eight he faced, he exited the game after the first period due to injury and was replaced by Joey Daccord, who made 15 stops after playing in last night’s contest. 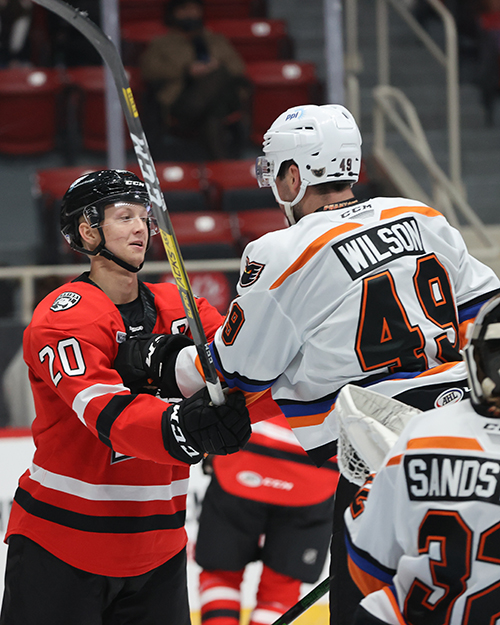 SCORE SHEET PHOTO GALLERY
Coach Geordie Kinnear on the game
An inconsistent effort. I thought in the first period we started out really well but then we got away from our game halfway through that period. In the second period we started out fine and then it definitely got away from us. We had the goalie change, and when we had the goalie change I was disappointed with how the guys came out.

Kinnear on Antoine Bibeau leaving the game
He wasn’t feeling right, so Daccs (Joey Daccord) went in. We have a responsibility as a group when Daccs played the night before and now in a 1 o’clock game to come out and play the right way and make sure we look after our teammate. That didn’t happen in the second period, and it was too little too late in the third.

Kinnear on nearly coming back in the third period
It’s always the case that when you’re down you can play a little bit looser, but we don’t want to have to be able to do that. We want to be able to play the right way through 60 minutes. Lessons learned, and there’s always going to be bumps in the road with a young group. It wasn’t our best effort.

Defenseman Connor Carrick on the difference between today’s game and last night’s game
The second period hurt us. We didn’t command the puck the same way we did in the first period and definitely not the same way we did last night. There was an effort on their end to really simplify. We’ve got smart coaches in this league, so when you’re playing these two-game series like we do a lot in Charlotte, the other team has an opportunity to make adjustments and so do we. I felt, and I think our coach felt, that they were able to maintain a consistency with that effort and capitalize, and we were chasing the game from there.

Carrick on his goal giving the team a spark
That was the idea. The power play is going to get hot and cold over the course of the year and it’s not always a reflection of the players. We have a lot of good players and a plan, but the puck just wasn’t going in for us. We needed something to break through, so that was an emotional point for us. You’re on home ice and you want to fire up your group and your crowd and play with passion. We have a dangerous offensive team, so it was the start of the blood in the water.

Carrick on the team’s mentality
There’s a certain conviction that deep playoff, championship contender teams come to the rink with every night. We had an opportunity to step on a team that was bleeding and we let them off the mat a little bit in the second.

Two quick goals by Carrick and Wilson to get us within one. Buckle up! pic.twitter.com/3kfXHzwRkb

The Checkers out-shot Lehigh Valley 17-7 in the third period … After going scoreless in five games to start the season, Schwindt has points in each of his last four (3g, 2a) … Carrick’s goal was his first in the AHL since Jan. 25. 2019. He had three NHL goals in the interim … Logan Hutsko recorded an assist to extend his point streak to four games (2g, 2a). He remains on a point-per-game pace for the season (nine in nine) … Forward Max Zimmer, recalled from ECHL Greenville earlier in the day, played his second career AHL game and first since last suiting up for the Checkers on March 11, 2020. He tied for the team lead with four shots on goal … Forward Serron Noel missed the game due to injury.