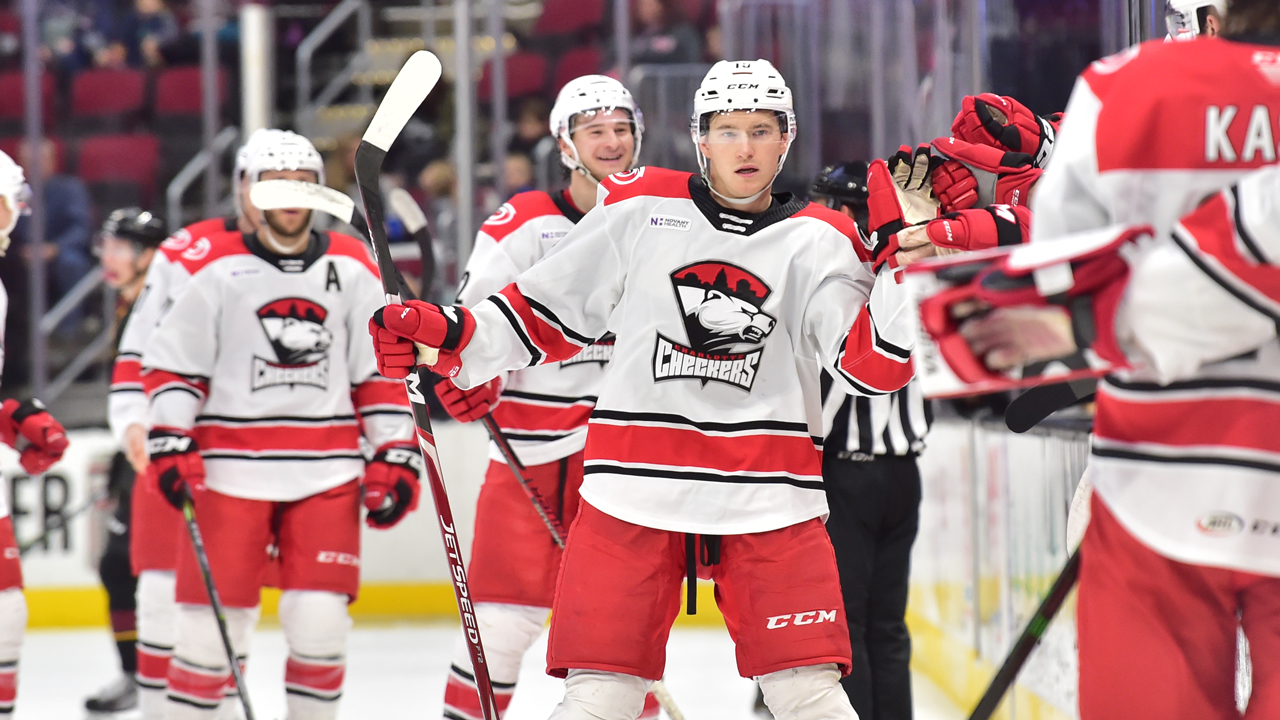 The Checkers have won three games in a row for the first time this season thanks to a 3-1 victory in a Monday afternoon matinee in Cleveland.

Max McCormick, Oliwer Kaski and Dave Gust scored for the Checkers, whose winning streak comes during a larger surge in play that has seen the team win seven of nine since Dec. 7. With a record of 16-13-3, the Checkers now find themselves just three points out of the fourth and final playoff spot in the Atlantic Division.


SCORE SHEET PHOTO GALLERY
Facing his former team for the third time this season, Anton Forsberg came up with 27 saves to earn his first win of this season’s series.

With much of the game played at 1-1 when Cleveland answered Max McCormick’s first-period goal with one of their own early in the second, recent trade acquisition Kaski picked up the winning goal midway through the third period with a blast set up by Steven Lorentz’ ability to corral a neutral-zone turnover and rush up ice.

In six games as a Checker since the Carolina Hurricanes acquired him from the Detroit Red Wings organization in exchange for fellow blueliner Kyle Wood, Kaski now has four points (2g, 2a) and a plus-4 rating.

The Monsters had several opportunities to tie the game late if not for Forsberg, who made several excellent saves, including a point-blank chance by Brett Gallant, down the stretch the preserve the lead before Gust found the empty net in the final minute.

The Checkers will now return home for a few days of practice before their seven-game road swing carries into the new year with games in Providence on Saturday and Sunday.

McCormick has five goals and seven points in his last six games … Julien Gauthier assisted on McCormick’s goal to extend his point streak to a career-best-tying five games (5g, 4a) … After scoring four points in his first 20 games of the season, Fredrik Claesson has seven points (2g, 5a) in his last six … Lorentz had two assists to give him five points (1g, 4a) during a three-game point streak. He has recorded two points in four of his last six games … This was the Checkers’ fourth win of the season when not scoring a power-play goal (0-for-5) … Forwards Terry Broadhurst, Stelio Mattheos and Kerby Rychel missed the game due to injury … Forward Cedric Lacroix and defensemen Cavan Fitzgerald and Derek Sheppard were healthy extras.