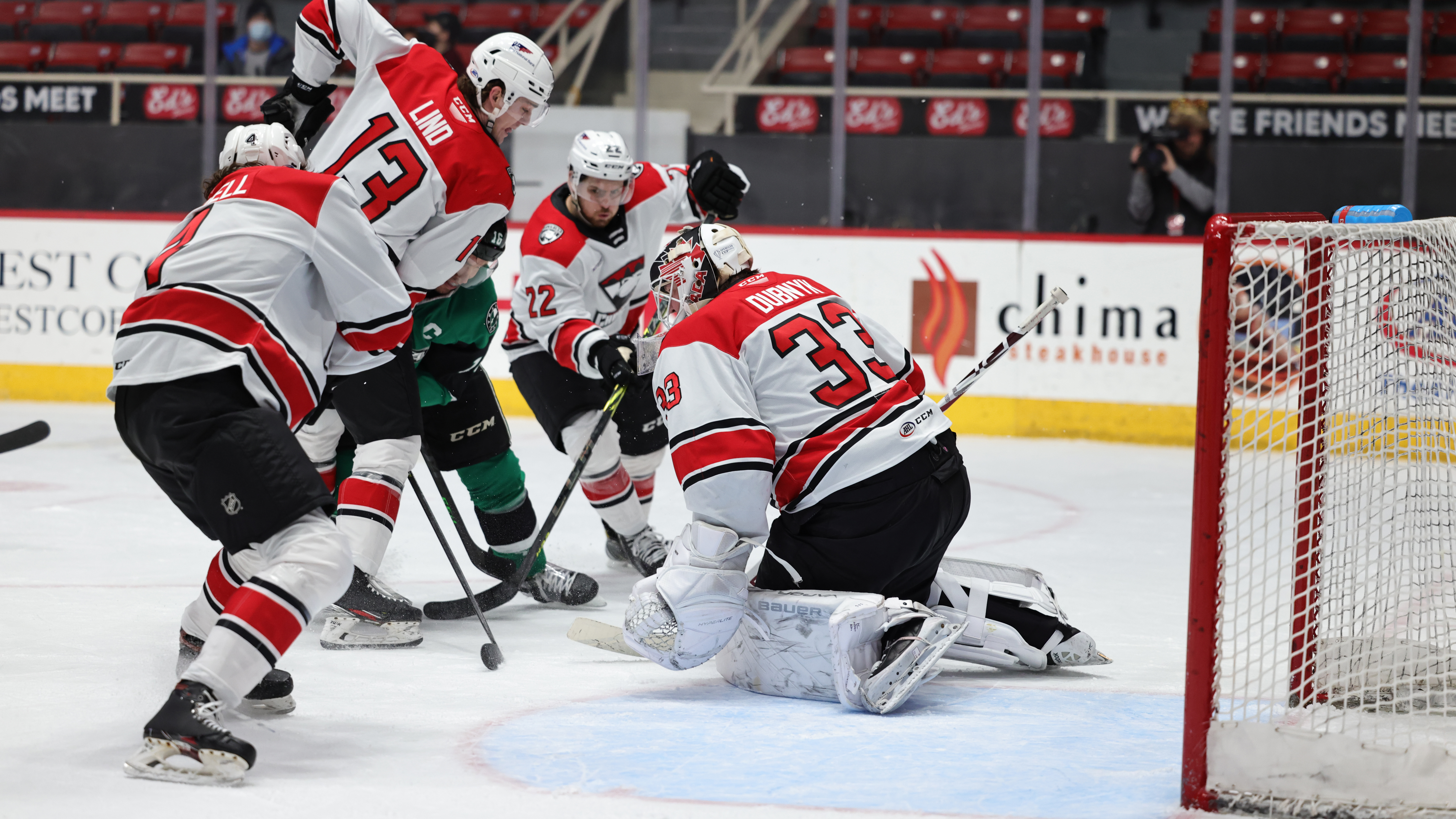 After falling behind by two goals not even nine minutes into play, the Checkers roared back with three unanswered strikes - two of which came on the man advantage - to even the score midway through regulation.


SCORE SHEET PHOTO GALLERY
The two sides traded blows from there. Texas lit the lamp twice over the span of 90 seconds to claim the lead heading into the second intermission, but a slick redirection from Aleksi Heponiemi drew things back even early on in the third.

The Stars responded once again, however, quickly putting two more into the back of the net to seal the deal. Charlotte’s final attempt at a rally fell flat, and the Checkers fell by a final score of 6-5.

Attendance for the game was just 449 fans due to winter weather in the Charlotte area … The Checkers’ three-game win streak, which tied their longest of the season, came to an end … Owen Tippett had three assists, giving him five points (5a) in his first two games as a Checker … Lind has four goals in his last four games … Carrick tied his personal career high with three points (1g, 2a) … Nolan Kneen has two assists in his first two AHL games … The teams went a combined 5-for-6 on the power play (CLT: 3-for-4, TEX: 2-for-2) … Forward Grigori Denisenko, defensemen John Ludvig and Gustav Olofsson and goaltender Christopher Gibson missed the game due to injury … Forwards Ryan Lohin and Craig Martin were healthy extras.

The Checkers’ home stand rolls on as they host the Springfield Thunderbirds on Tuesday, featuring $1.25 tickets in honor of Throwback Week.