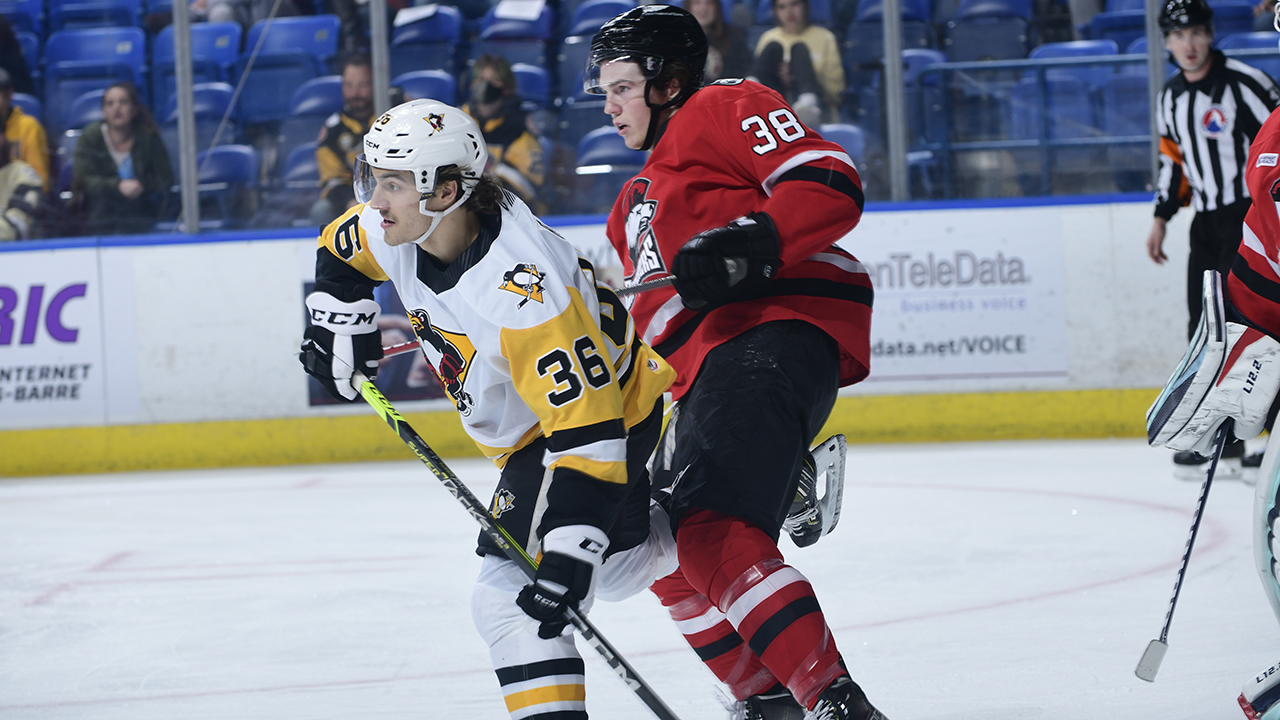 The Checkers started their extended road trip by locking in a defensive duel with the Penguins, and it was the home side that came out on top, with Charlotte falling 2-1.

Both sides found the back of the net in the first period - Grigori Denisenko threw a puck in off the rush less than 90 seconds into the game, followed by a Valtteri Puustinen one-timer near the end of the frame to draw things back even.

That one had eyes ? pic.twitter.com/S4RCWII5n8

That would be the end of the offensive fireworks for nearly 40 minutes, however, as neither squad could break that deadlock. It wasn’t until Chris Bigras knocked home a loose puck in traffic with under five to play that the Penguins would claim their first lead of the contest, and the home team would be able to ride that out for the remainder of regulation.
SCORE SHEET PHOTO GALLERY


The netminders hogged the spotlight for the majority of the contest, with Joey Daccord posting 27 saves in the tough losing effort. Filip Lindberg saw a lot of rubber early on, registering 26 saves through the first 20 minutes alone, but exited the contest after 40 minutes. Tommy Napier came in cold for the third and handled Charlotte’s final push, turning aside all 10 shots he was faced with.

The Checkers and Penguins meet again tomorrow at 6:05 p.m. for the middle leg of Charlotte’s three-in-three weekend.