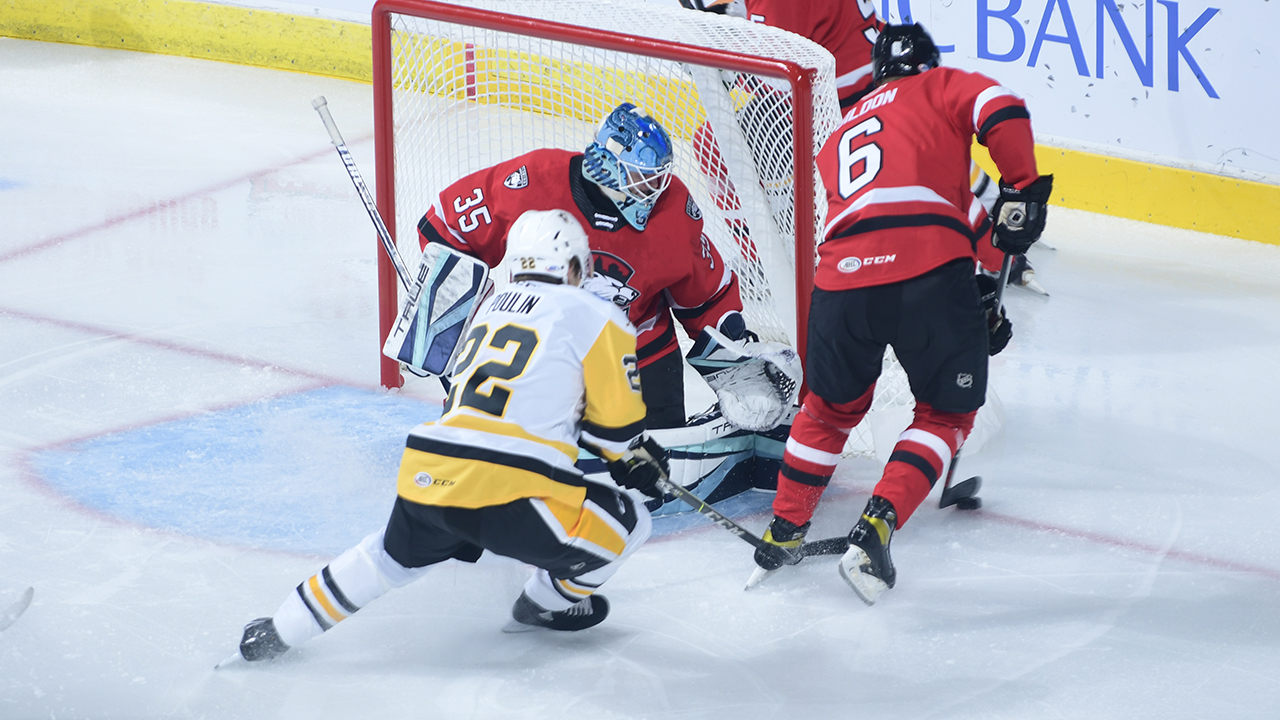 The Checkers shook off a tough loss the night before and picked up their first win of the season Sunday afternoon, rolling over the Penguins for a decisive 4-1 victory.

After struggling to get going in Hershey, the Charlotte offense kept the pressure on the home side from start to finish and were rewarded. A scoreless deadlock was broken by a point blast from Lucas Carlsson just 77 seconds into the middle frame, followed quickly by a power-play marker from Alex True to put the Checkers on top of the reeling Penguins.


SCORE SHEET PHOTO GALLERY
The ice continued to tilt in the visitors’ favor in the third, with the Checkers outshooting the Penguins 12-7 Max McCormick extending their advantage with a beautiful individual effort on the rush. The home squad would spoil things with a late power-play goal, but Charlotte squashed any hope of a comeback with a Zac Dalpe-produced empty netter to seal the victory.

In his first appearance in a Charlotte sweater, Joey Daccord was lights out. The netminder stopped 26 of the 27 shots he faced, including 11 in the hectic middle frame alone, to send his squad back home with a win.

The Checkers have not started a season with back-to-back losses since 2016-17 … Alex True has goals in each of Charlotte’s first two games ... Logan Hutsko has assists in each of his first two pro games … Max McCormick has points in each of Charlotte’s first two games and has points in four of his last five AHL games dating back to the 2019-20 season … Lucas Carlsson had his first multi-point game of the season after hitting that mark three times last season … Zac Dalpe’s goal was his first in a Checkers jersey since April 20, 2013 ... Luke Henman made his pro debut … Karch Bachman missed the game due to injury … Henry Bowlby, Ryan Lohin, Frank Hora and Antoine Bibeau were all healthy scratches