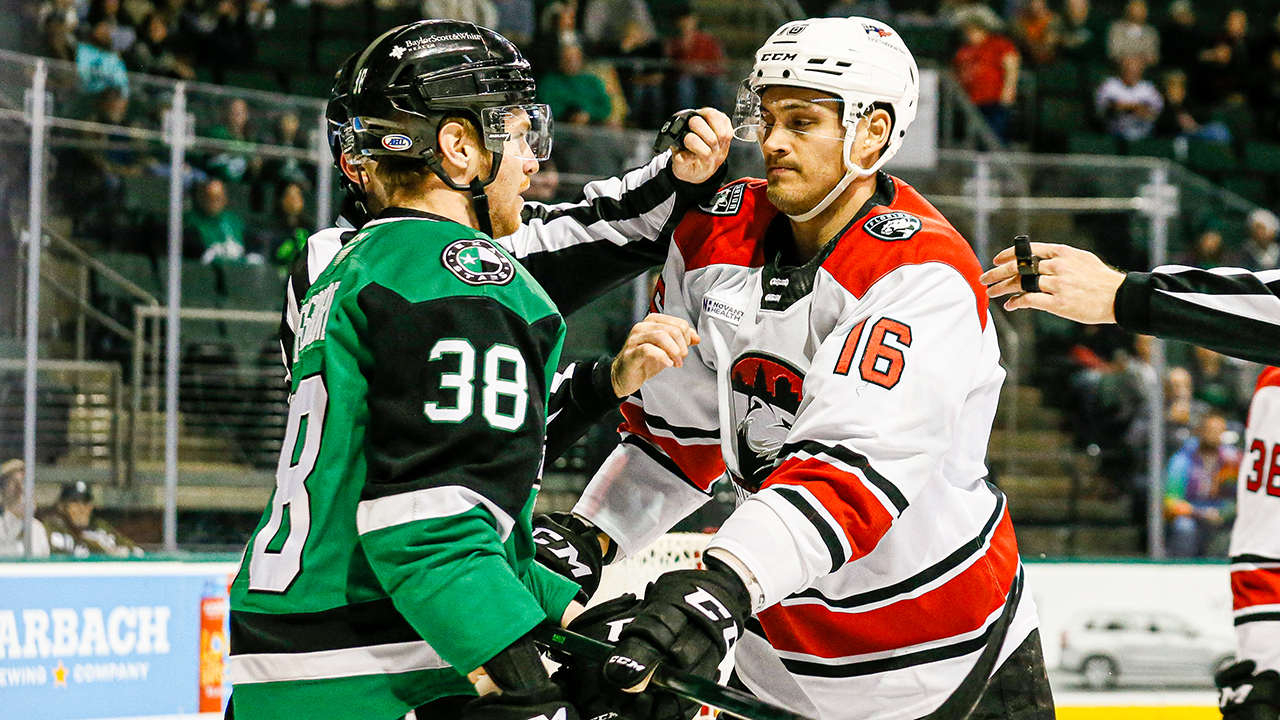 The Checkers’ hot streak came to a jarring end in their road trip finale, as they dropped a 7-1 contest to Texas.

The visitors found themselves in a hole just 64 seconds into regulation, then saw that advantage double early on in the second period. But the Checkers appeared to be trending in the right direction late in that middle frame, as Zac Dalpe finished off a slick Scott Wilson feed on the man advantage to cut the Texas lead to one.


SCORE SHEET PHOTO GALLERY
That would be the only spark for Charlotte, however, as the Stars took over from there. The home side regained its two-goal lead before the second buzzer, and then would pump in four more unanswered goals in the third to push the contest out of reach and send the Checkers home with a lopsided loss.

Tonight snapped a four-game winning streak for Charlotte … Tonight was the final regular season meeting between Charlotte and Texas, with the Checkers posting a 2-2-0-0 record against the Stars … Texas’ seven goals were the most allowed by Charlotte this season and the six-goal losing margin was the largest of the season … Zac Dalpe’s goal was his team-leading 22nd of the season … Owen Tippett extended his point streak to five games … Texas scored in the first minute of each period … Antoine Bibeau entered the game in relief in the third period, marking his first game action for Charlotte since Feb. 2 … Grigori Denisenko, Gustav Olofsson, Max Gildon, Connor Carrick, Christopher Gibson and John Ludvig all missed the game due to injury … Justin Nachbaur, Luke Henman, Carter Robertson, Dennis Cesana and Joey Daccord were healthy extras

The Checkers finally return home, where they’ll host the Springfield Thunderbirds on Friday at 7 p.m.