Checkers Fall To Bruins 2-1 For First Loss Of Season 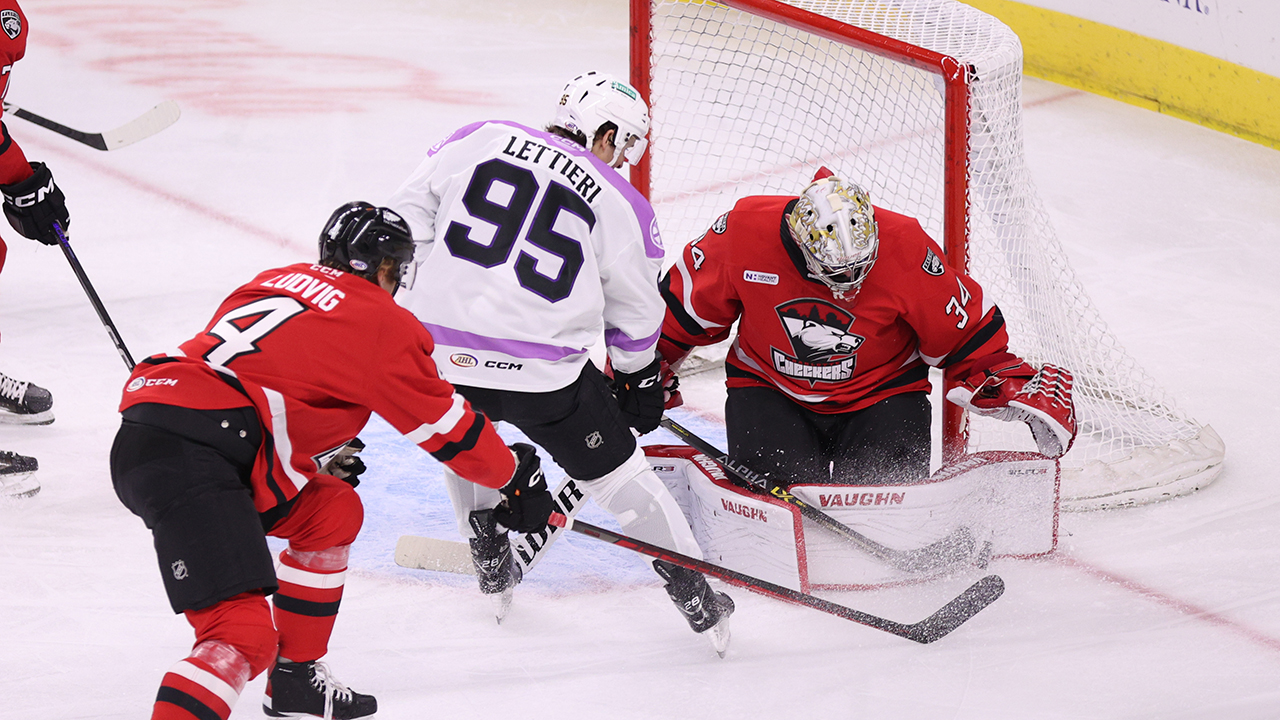 The Checkers battled hard in their first road test, but ultimately fell to the Bruins 2-1 for their first loss of the season.

It was a goaltending duel in Providence for most of the contest, with Alex Lyon and Kyle Keyser finishing at 30 and 29 saves, respectively.

After a scoreless first period that saw Lyon deny all 15 shots he saw, Aleksi Heponiemi knocked home a loose puck on the left side of the net early on in the middle frame to break the deadlock and give Charlotte the lead. The score would remain there until 73 seconds into the third, when - after a lengthy review - it was ruled that Providence successfully tied things up with a tally of its own.


SCORE SHEET PHOTO GALLERY
The Bruins would fight off Charlotte’s surge throughout the third period, and with under five minutes to play Oskar Steen converted a quick shot on the rush to give Providence its first lead of the night. The Checkers would create a flurry of chances in the waning minutes, including a late powerplay opportunity, but they couldn’t find the equalizer before the buzzer sounded and saw their undefeated start come to an end.

Tonight was the Checkers first loss of the season. They were the last undefeated team in the AHL coming into the game … Justin Sourdif picked up an assist in his second straight game … Riley Nash has at least one assist in four of Charlotte's five games this season … Alex Lyon posted a season-high 15 saves in the first period and matched Mack Guzda’s team high with 30 saves on the night … Four of the five games that Charlotte has played this season have been decided by a single goal … The Checkers were scoreless on the power play for the second straight game … Providence’s 32 shots were the most Charlotte has allowed this season … Santtu Kinnunen and Chris Tierney both saw their four-game point streaks snapped … Ethan Keppen, Riley Bezeau, Serron Noel, Zach Uens, Max Gildon and J-F Berube were all healthy extras