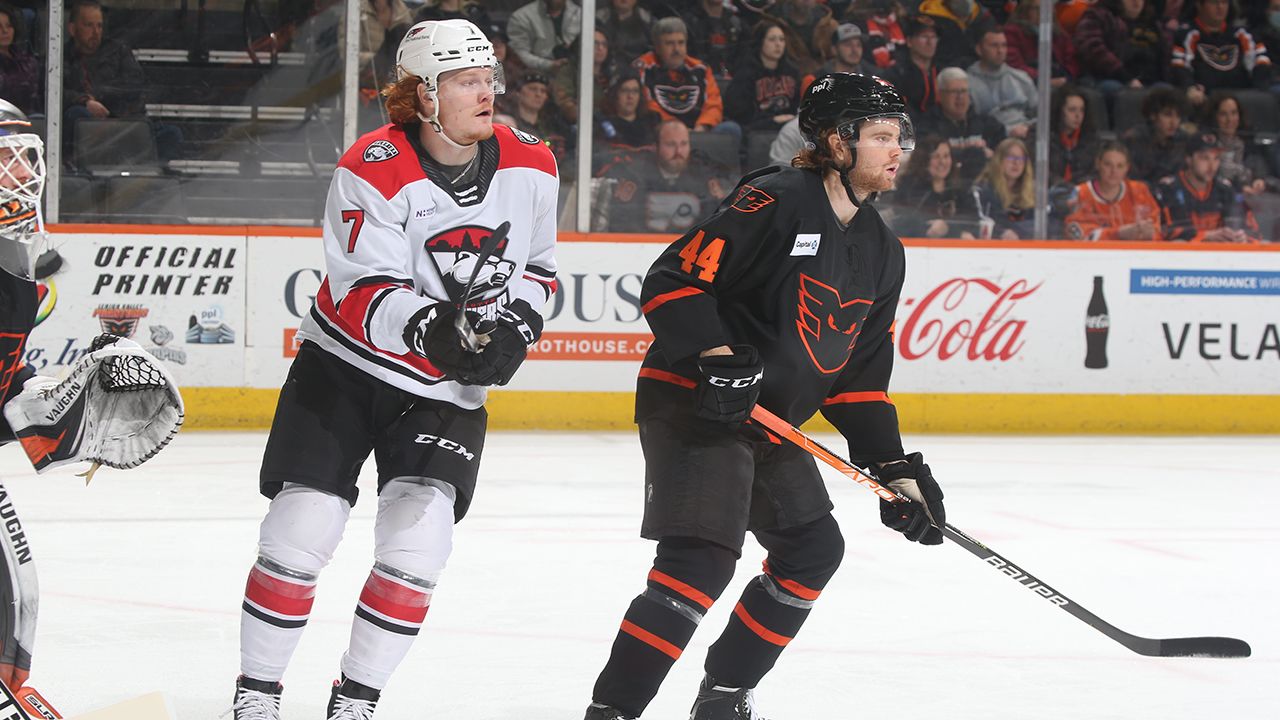 The Checkers made the most of their final visit to Lehigh Valley, throttling the Phantoms en route to a decisive 5-2 victory.

Charlotte didn’t fire a ton of rubber on net in Saturday’s rematch, but it certainly made them count. The Checkers recorded three shots in the first frame and found the back of the net on two of them, as Owen Tippett and Dennis Cholowski each lit the lamp in the span of a minute to give the visitors a stranglehold on the lead that they never let go.
SCORE SHEET PHOTO GALLERY

Another burst of goals blew things open early on in the second, as Chase Priskie notched the team’s second power-play tally of the night and Kole Lind followed it up less than two minutes later with a one-time blast of his own - moving Charlotte’s conversion rate to four goals on its first 12 shots.

What a dish, what a finish! pic.twitter.com/GOJKGTjvIC

The Phantoms would finally break through in the third for a pair of strikes, but Carter Robertson’s first AHL goal would keep Charlotte’s lead insurmountable and Joey Daccord’s 33 saves would prove to be more than enough to earn the Checkers a weekend sweep of the Phantoms.

The Checkers have now won three straight, the fifth time they’ve notched a streak at least that long … Tonight wrapped up the season series between Charlotte and Lehigh Valley, with the Checkers finishing with a 6-2-0-0 record against the Phantoms … Alexander True extended his assist streak to four games with his second two-assist effort in the last four contests … Owen Tippett and Henry Bowlby each extended their point streak to three games … Chase Priskie has goals in each of his last two games … The Checkers scored two goals on three shots in the first period and four goals on 12 shots through the first two periods … The Checkers scored multiple power-play goals for the seventh time this season and have now converted on the man advantage in each of their last two games … Carter Robertson scored his first AHL goal … Grigori Denisenko, Gustav Olofsson, Max Gildon, John Ludvig, Connor Carrick and Christopher Gibson all missed the game due to injury … Justin Nachbaur, Serron Noel, Nolan Kneen and Spencer Knight were healthy extras

The Checkers’ road trip will now take them to Texas for a pair of weekday matchups against the Stars, starting Tuesday at 8 p.m.