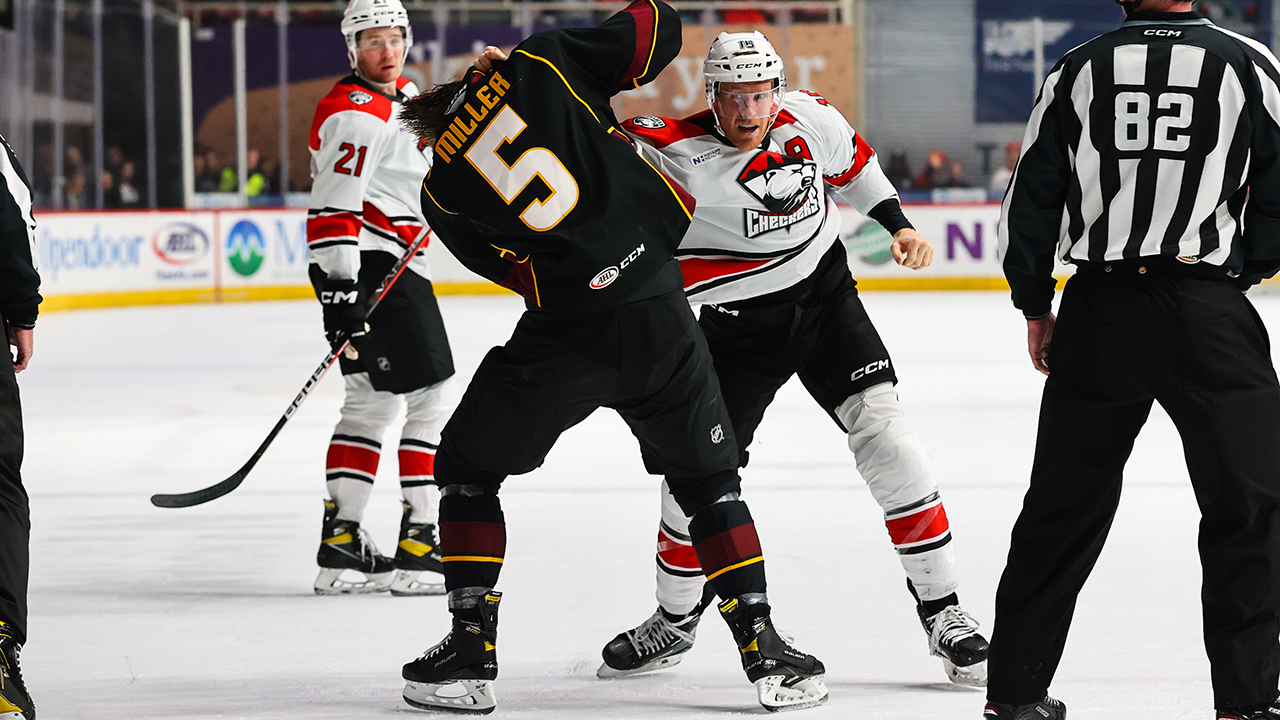 The Checkers couldn’t replicate their success in Sunday’s rematch against Cleveland, dropping the contest 5-2.

Charlotte looked to be in control for the first chunk of the game, with Riley Nash and Gerry Mayhew each keeping their hot streaks rolling and pushing the home side ahead 2-0 early on in the second.

Things tilted Cleveland’s way from there, however, striking twice before the second buzzer to draw things even and then pouring in two more in the third to blow things open - capping off their offensive run with an empty-net dagger in the waning minutes.

The penalty box was a busy place throughout the contest, with both sides endlessly parading to the sin bin. The two squads combined for 96 penalty minutes - 53 for Charlotte and 43 for Cleveland - and had six man advantages each, though neither side would convert at all.

SCORE SHEET PHOTO GALLERY
Coach Geordie Kinnear on the game
A great start and I thought we played how we wanted to. The second period was our good period yesterday but it was our bad period (today). We want to play five-on-five, and our power play couldn’t get it done. They scored a shorthanded goal and we kind of chased it after that. It gave them momentum and we never really recovered.

Kinnear on the rough nature of the game
You’ve got to embrace the physical part of it, and I thought that early we did and were fine with it. All of the sudden guys were playing too many minutes because of all the power plays and PKs and it kind of worked in their favor. We’re comfortable playing a physical game, but in the second period all the four-on-four, five-on-four, kills and power plays – and we didn’t hold them accountable on our power plays. Then we were just chasing the game from there.

Kinnear on how to move forward
Keep building. I liked four periods for sure and then two periods we want to correct like the special teams there in the second period, but we’re building as a group. A lot of young players still and guys getting back in the lineup. We’ll just keep building. All is good.

Riley Nash on the penalty-filled game
There’s no rhythm to it. It’s hard. We lost the special teams battle and we lost the five-on-five battle. We lost the last half of the game. It was very lopsided, kind of how it was in our favor yesterday. It was the opposite today. You see when a group is motivated like that and raises the bar, you’ve got to be able to raise it and keep that level that we had yesterday and go above and beyond that. Obviously when they pushed back we weren’t able to do that tonight, so we’ll try and figure that out. It’s a good lesson.

Nash on the physical part of the game
I thought we did fine. We just took some other penalties that maybe are penalties or maybe not, but when you get into a game like that it’s kind of what they wanted and it played into their hands. I think that’s just kind of how it went tonight. We let them initiate and slowly got dragged into everything they wanted us to get dragged into.

Nash on lessons learned from this game
Hockey is a funny game. You can try to out-skill a team and you can try and play as fancy at you want, but the end of the day it’s kind of like football – it’s won in the trenches. You’ve got to put the work in and you’ve got to do the dirty stuff. When they raised their intensity … we were still in the game in the third period but they really started coming in the third and I don’t know if we were able to match that.

Both teams went 0-for-6 on the power play, with the Checkers allowing one shorthanded goal … This game set season highs for most penalty minutes by the Checkers (53) and by both teams combined (76). The previous combined high of 64 was set at Cleveland on Dec. 31 … Nash and Mayhew finished the weekend with three goals apiece … Lucas Carlsson had an assist to extend his point streak to four games (3g, 2a) … The Checkers finished the season series with Cleveland at 3-1-0 … Checkers scratches included forwards Justin Sourdif and Ethan Keppen and defensemen Calle Sjalin and Zach Uens. 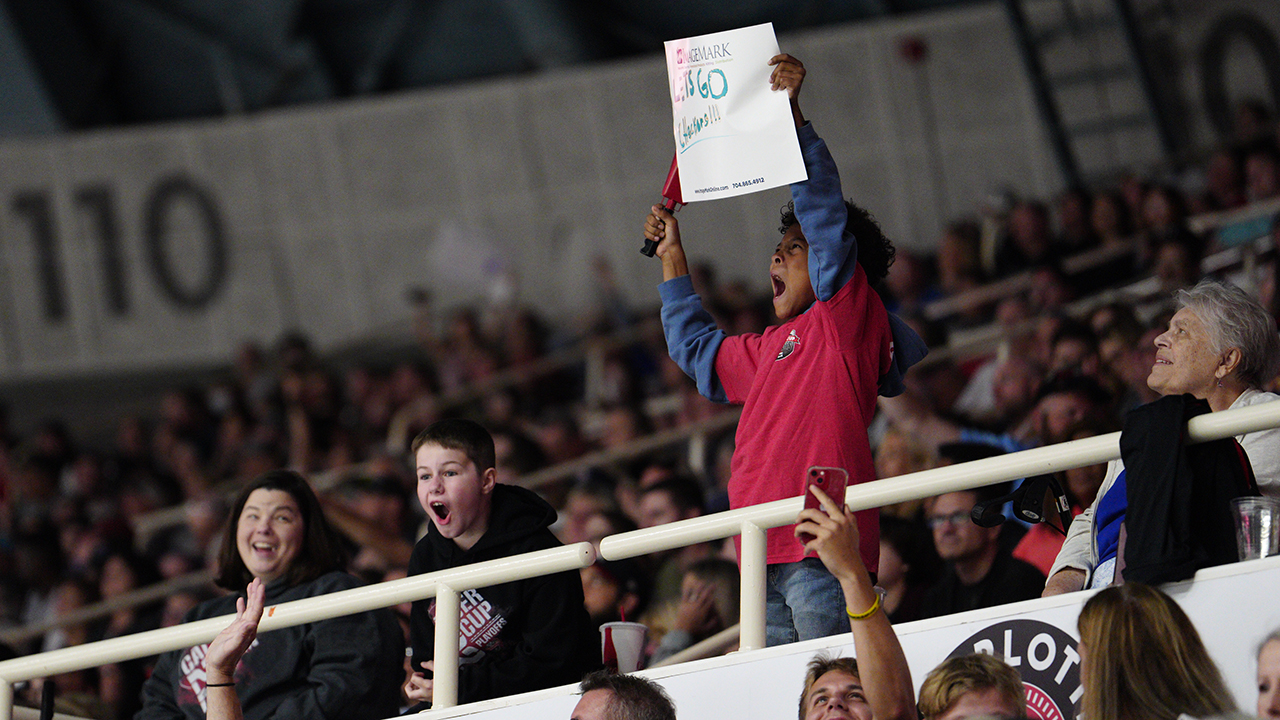 Bring your whole squad out and save at our six Family Nights this season, presented by Fairfield Inn & Suites!
Read More 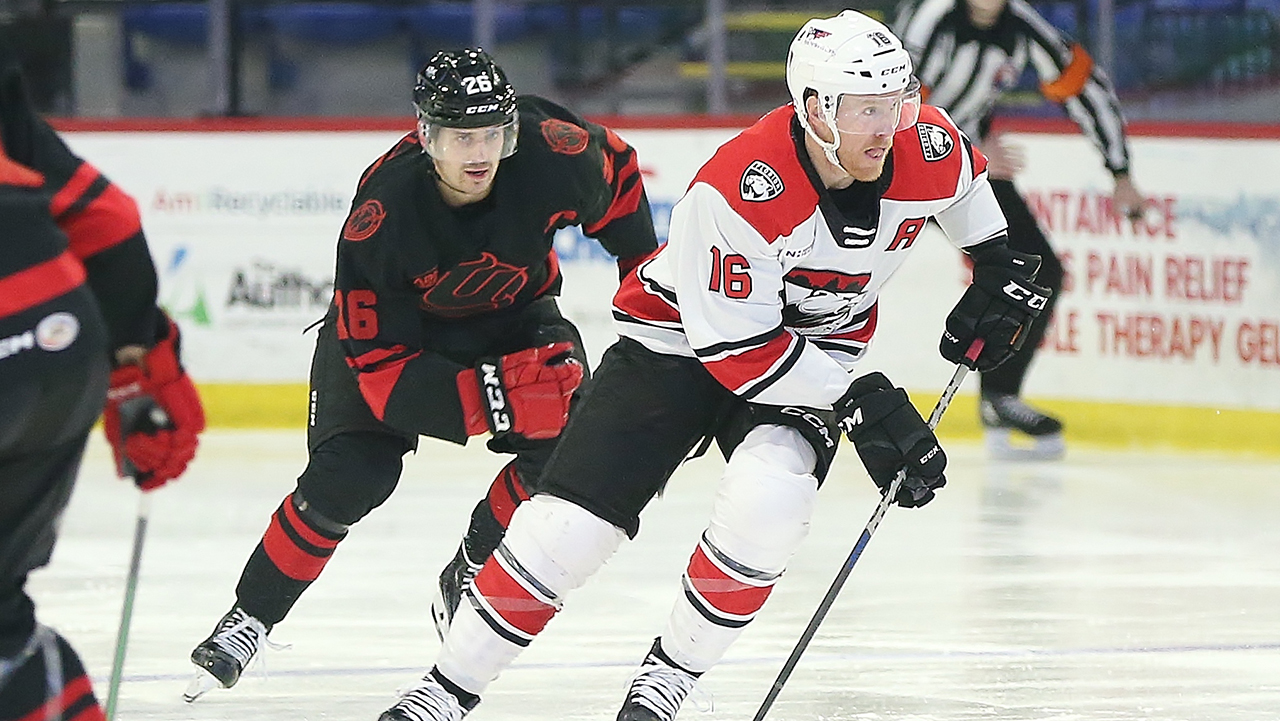 The Checkers went into Utica and dominated from start to finish, crushing the Comets 4-0.
Read More