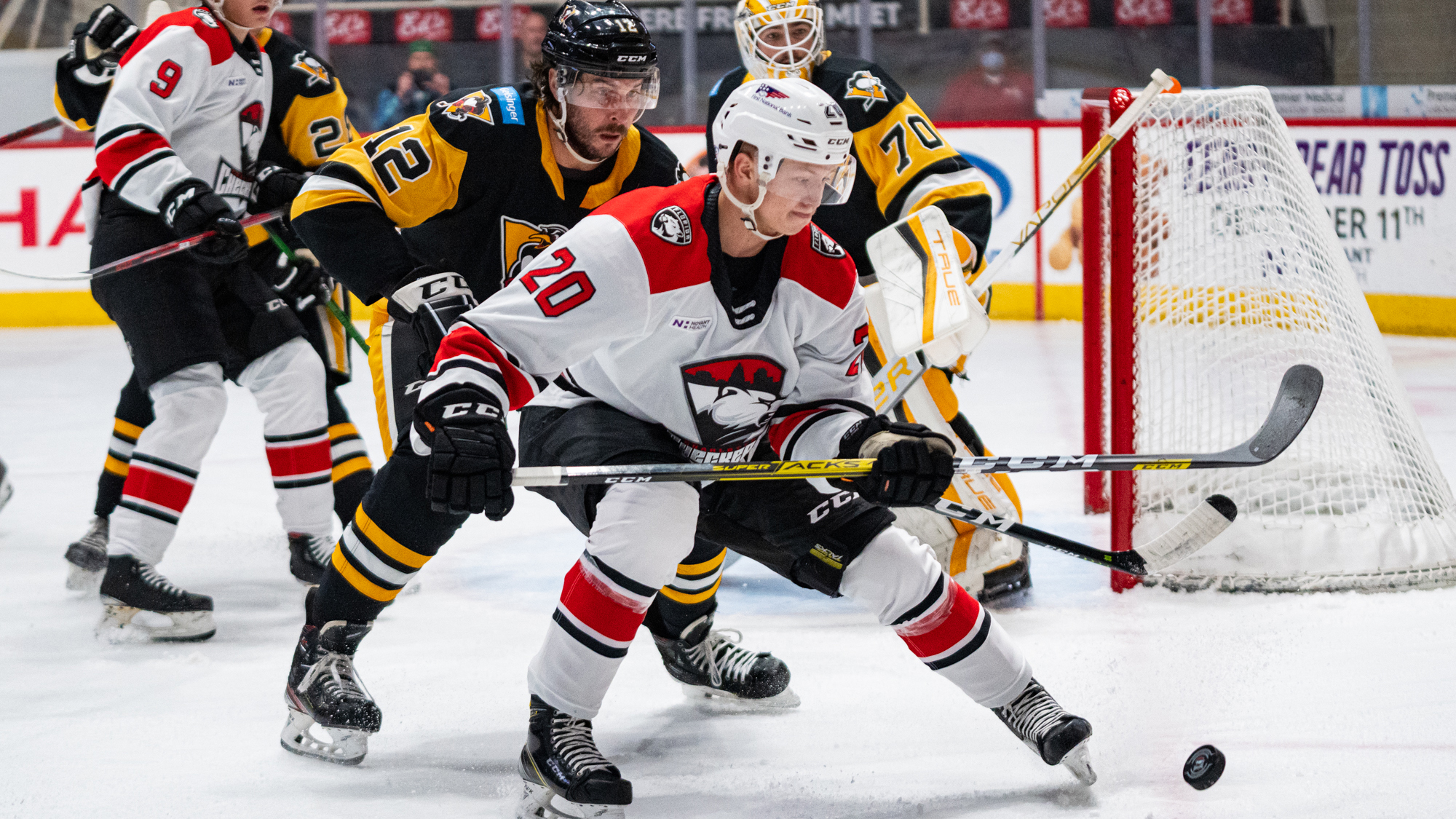 The Checkers started strong in their long-awaited return home, but a late rally from the visiting Penguins tripped up Charlotte in an overtime loss.

Deadlocked after 60 minutes of play, the contest was decided in a wild overtime period that saw a slew of chances for both sides - though it was the Penguins who outshot the home team 6-1 over the near five minutes. Joey Daccord stood on his head multiple times throughout the overtime, shutting down several top-tier chances from Wilkes-Barre/Scranton, but the visitors were finally able to break through with just 20 seconds left, lighting the lamp and earning two points for the Penguins.

The home side controlled the lead for a sizeable chunk of regulation, as Grigori Denisenko continued the Checkers’ run of finding the board first in the opening frame and Chase Priskie quickly responded to the Penguins initial tally in the middle frame. But things slipped away down the stretch, as Wilkes-Barre/Scranton mounted pressure and eventually cashed in on the tying goal with five minutes left on the clock to force the extra frame.

Both goalies provided strong backstops for their respective clubs, with Daccord making 34 saves to snag one point for his team and Louis Domingue turning in 33 saves in the winning effort.

Kinnear on overtime philosophy
We’ve haven’t been a lot of overtimes so you kind of get a feel for it a little bit and who’s going in the game and who’s not going. We didn’t have a lot of chances, and obviously they had the legs in overtime and ended up scoring the goal. We want to make sure we finish it in regulation.

Kinnear on goaltender Joey Daccord
He was good. We don’t want to give up that many Grade A chances. We’re not a track meet type team. We want to play with structure and play organized and play fast. We got away from that in certain situations, but overall I liked the battle. We came off the long road trip and had a great start to the game so that says a lot about our group, but we want to make sure we play the right way all the way through, which we’re still learning.

Defenseman Chase Priskie on the turning point
For us it’s just being able to finish games. We’ve been in a similar situation in a couple of games this year, and as a team we just need to learn how to put teams away when we move into the third period with a lead. Learn how to play with a lead, manage the puck and continue to get better at that. We’ve learned this lesson a couple of times now and hopefully this resides with us a little more. We learn this lesson, we move on to the next game and we learn how to finish a game here.

Priskie on staying positive after a tough loss
Just stay on an even keel. We have a chance to come back tomorrow and redeem ourselves, play a full 60 and finish a game the right way. For us, it’s come back and play. Play hard, play for each other, finish the games out and they’ll start to pile up here win after win.

Priskie on Joey Daccord
I thought he was phenomenal tonight. He kept us in the game big time. He made some timely, timely saves. Played the puck well, really helped our defensemen transition the puck. He brings it every night, and now we have to rally around and bring it for him.

The Checkers held one-goal leads in each of their last three games but went 0-2-1 in that span … The Checkers are 0-2 in overtime games this season, both of which were at home. They have yet to go to a shootout … Charlotte fell to 2-1-1 against the Penguins this season … The Checkers’ 18 shots in the first period were their most in any period this season … Defenseman John Ludvig missed the game due to injury … Forwards Luke Henman, Ryan Lohin and Serron Noel were healthy extras.

The Checkers and Penguins square off once more tomorrow night at 7 p.m. for the first Winning Wednesday of the season.