Checkers Pick up Another Shootout Win Against Providence 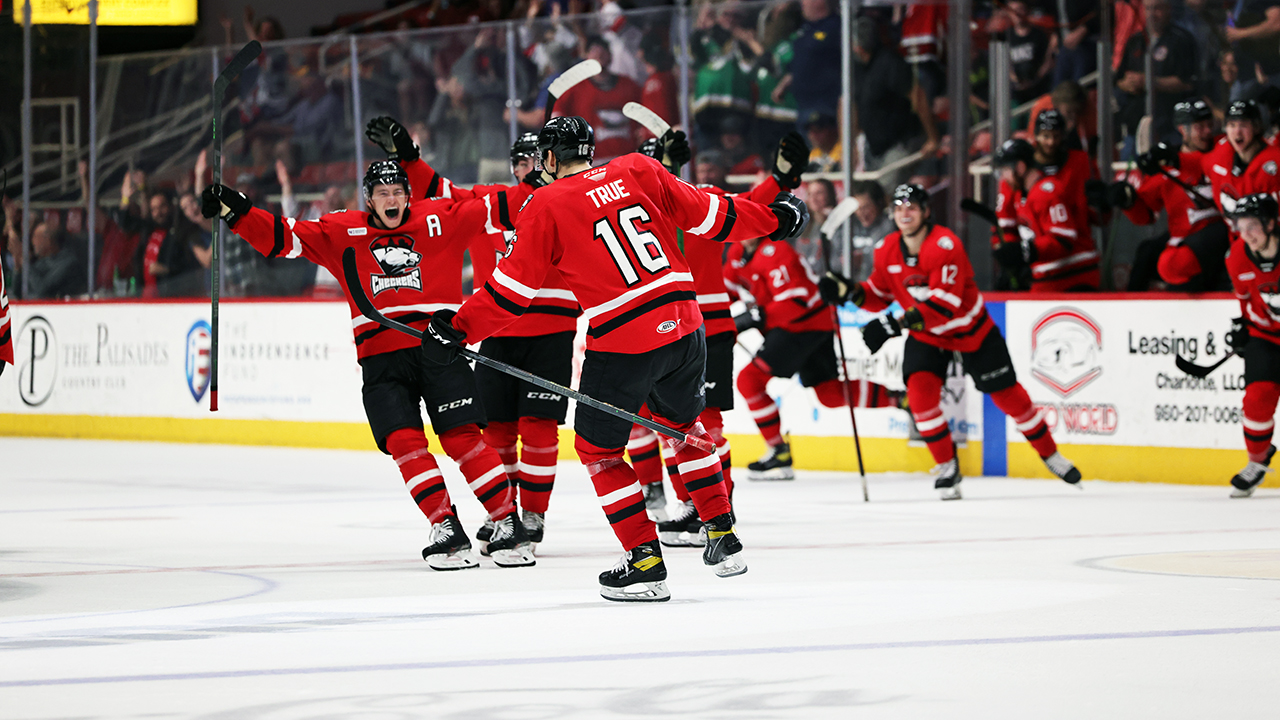 Two nights after pulling off a big win against Providence, the Checkers did it again, besting the Bruins 3-2 in another shootout.

Deadlocked in a tightly contested 2-2 score through 60 minutes of play, the two sides were locked in overtime where the Bruins once again controlled a majority of possession - but neither team could put an end to the game.

This shootout was markedly longer than the previous matchup, as Cameron Hughes broke the ice in the third round for Providence only for Scott Wilson to patiently swoop in and extend the contest. The Bruins found the back of the net again in the sixth round, but the Checkers once again rose to the occasion as Zac Dalpe lit the lamp to keep things going.

Joey Daccord came up with a big denial in round seven - capping off a stellar 38-save night from the netminder - and Alexander True sent the packed Coliseum home happy with a walk-off tally in the seventh round.

Regulation was once again a back-and-forth battle, with the two sides holding tight defensively and trading goals. Wilson opened things up by finishing off a slick shorthanded feed from Cole Schwindt in the early stages of the first, then Carsen Twarynski capped off the middle frame by hammering in a one-timer to push the Checkers ahead once more.

Electric finishes are what we do! pic.twitter.com/O7G2ZrI39d

SCORE SHEET PHOTO GALLERY
Coach Geordie Kinnear on the game
It was just a better hockey game by both teams. It was a playoff-type feel. Fast, physical. Both teams had chances. It was a really good hockey game.

Kinnear on team chemistry
These guys have been together all year now. They care about one another and they want to do well and they want to see their teammates do well. When you have that, you can throw anybody up there and they’ll contribute.

Kinnear on True’s shootout goal
I loved the emotion after he scored from him and the whole group. In a playoff-type game, you have to have emotion and I thought we had everyone invested tonight.

Alexander True on the key to the win
Just sticking with it and not trying to win it one shift. Just plucking away through the game and sticking to the game plan.

True on playing Providence for the third time in four days tomorrow
Tomorrow has to be our best game. They’re going to be angry and they’re going to be coming out hard with an even better game than they did tonight.

The Checkers are 7-1-1 in their last nine games. They also have a nine-game point streak at home (7-0-3) … Daccord is 5-0-0 with a 1.36 goals-against average and .963 save percentage in March … The Checkers are 3-0 in shootouts this season, with Daccord in net for all three … The Checkers have gone to overtime in three straight games … Wilson is the second Checker to hit the 20-goal mark this season after Zac Dalpe (23) … The Checkers’ ninth shorthanded goal of the season ties them for fourth in the AHL. Wilson and Cole Schwindt lead the team with two each. Prior to this season, Wilson had just one shorthanded goal in 152 career AHL games … The Checkers improved to 2-2-0 against Providence this season … Forward Patrick Giles made his pro debut … Grigori Denisenko, Max Gildon, Connor Carrick, Christopher Gibson and John Ludvig missed the game due to injury … Owen Tippett, Jacob Friend, Dennis Cesana, Ryan Lohin, Justin Nachbaur and Carter Robertson were healthy extras.