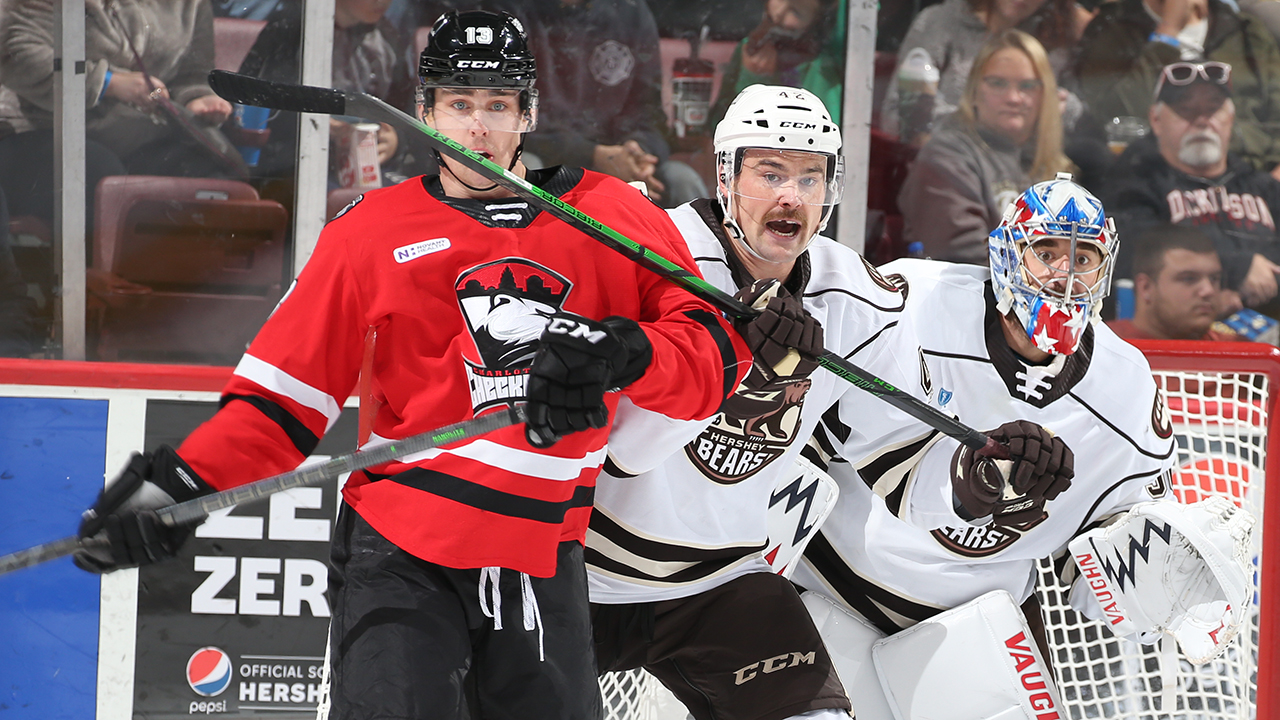 A grueling weekend couldn’t slow down the Checkers, as they throttled the Hershey Bears 4-1 to notch their second straight win.

In the final leg of a three-in-three situation, it was the Charlotte power play that propelled the visitors past Hershey. For the second straight game the Checkers had seven man advantages across the game and converted a staggering four times - two of which came off the stick of Kole Lind.
SCORE SHEET PHOTO GALLERY


After surrendering the opening tally nearly 16 minutes into regulation, the Checkers struck twice in the final two minutes of the period to claim the lead and never looked back. It would be five unanswered for Charlotte before the Bears found a response in the waning seconds, but it was too little, too late.

Along with Lind’s two-goal effort on the man advantage, both Chase Priskie and Aleksi Heponiemi picked up two power-play assists on the night, while Grigori Denisenko led all skaters with a trio of helpers.

While the offense garnered much of the spotlight, Joey Daccord put together a strong performance between the pipes to keep a potent Hershey offense at bay. The netminder turned aside 29 of 31, helped his squad kill all three of their times shorthanded and picked up his third win of the season.

Some sick hand-eye coordination from Kole Lind on this redirection ? pic.twitter.com/w61MyHpDMZ

Charlotte’s four power-play goals are the most it has scored in a game this season and one shy of the franchise record … The Checkers have won consecutive games for the first time since Oct. 17 and 22 and consecutive road games for the first time this season … The Checkers scored at least four goals for the second night in a row and the fifth time this season … Cole Schwindt dropped the gloves for his first pro fight … Grigori Denisenko set a career high with three assists … Koled Lind matched his career high of two goals in a game … Scott Wilson posted a point in his second straight game … The Checkers went perfect on the penalty kill for the third straight game and have now killed 13 consecutive power plays … Ryan Lohin, Luke Henman, Olli Juolevi, John Ludvig, Riley Sheahan and Christopher Gibson were all healthy extras

While the three-in-three weekend is in their rearview mirror, the Checkers still have quite the road trip ahead of them. They’ll visit Lehigh Valley on Wednesday, with the puck dropping at 7:05 p.m.