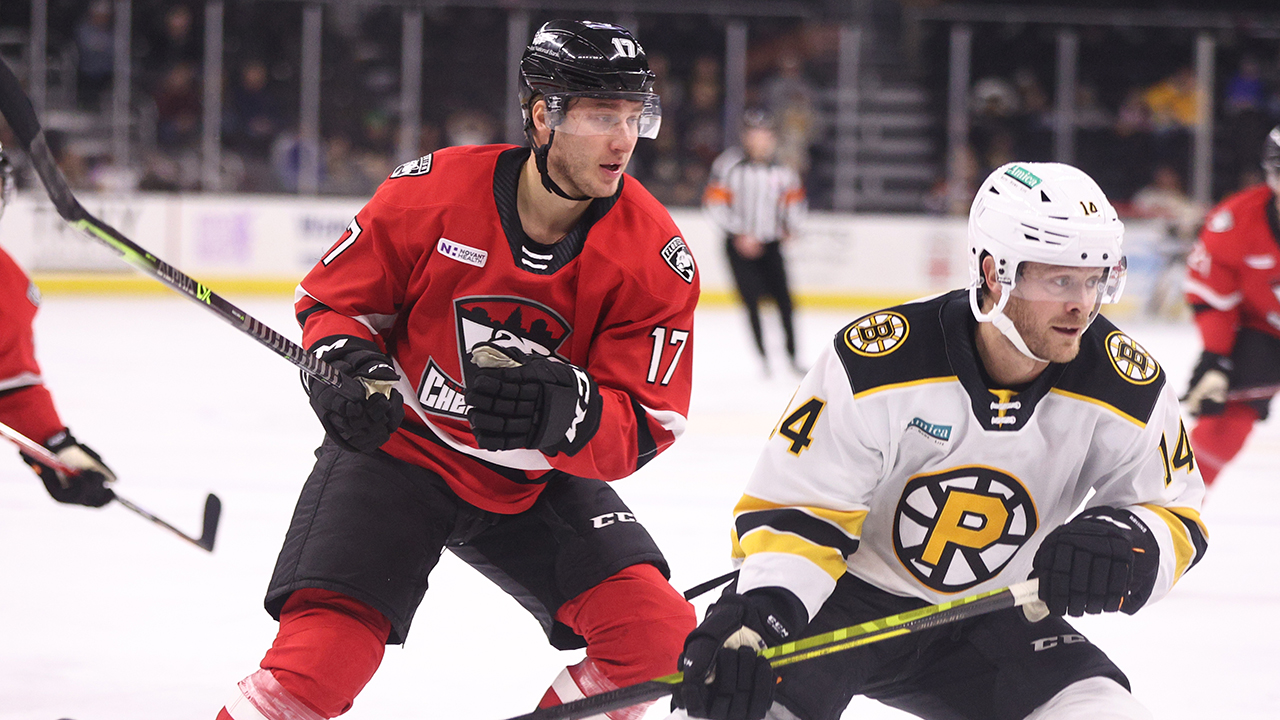 The Checkers nearly pulled off a stunning comeback in their weekend finale, but ultimately fell just short with a 5-3 loss to the Bruins.

The visitors racked up the chances early on, firing 17 shots in the first period alone and outshooting their opponent 31-18 through two periods of play, but strong play from Bruins netminder Brandon Bussi and the Providence attack had them in a hole nevertheless.


SCORE SHEET
Providence struck twice within the same minute to open the scoring in the first, then extended their lead early on in the second. Anton Levtchi would break through on the man advantage later in the frame, but just before the second buzzer Providence pushed in one more to hold a 4-1 lead after 40 minutes of play.

The Checkers continued to muster up chances and they finally began to fall, as Michael Del Zotto ripped a shot in for another power-play conversion early in the third and Henry Bowlby pulled off a seeing-eye snipe - despite tripping on a broken stick in the process - minutes later to narrow the gap to just a single goal.

Bowlby sticks with it and we're within one! pic.twitter.com/RdO3mFk2Zm

Charlotte kept the opportunities coming down the stretch, but they couldn’t quite cap off their improbable rally. Chris Wagner found the back of the empty net in the waning moments for the Bruins to seal the deal and the Checkers departed from Providence on the wrong end of a 5-3 defeat.