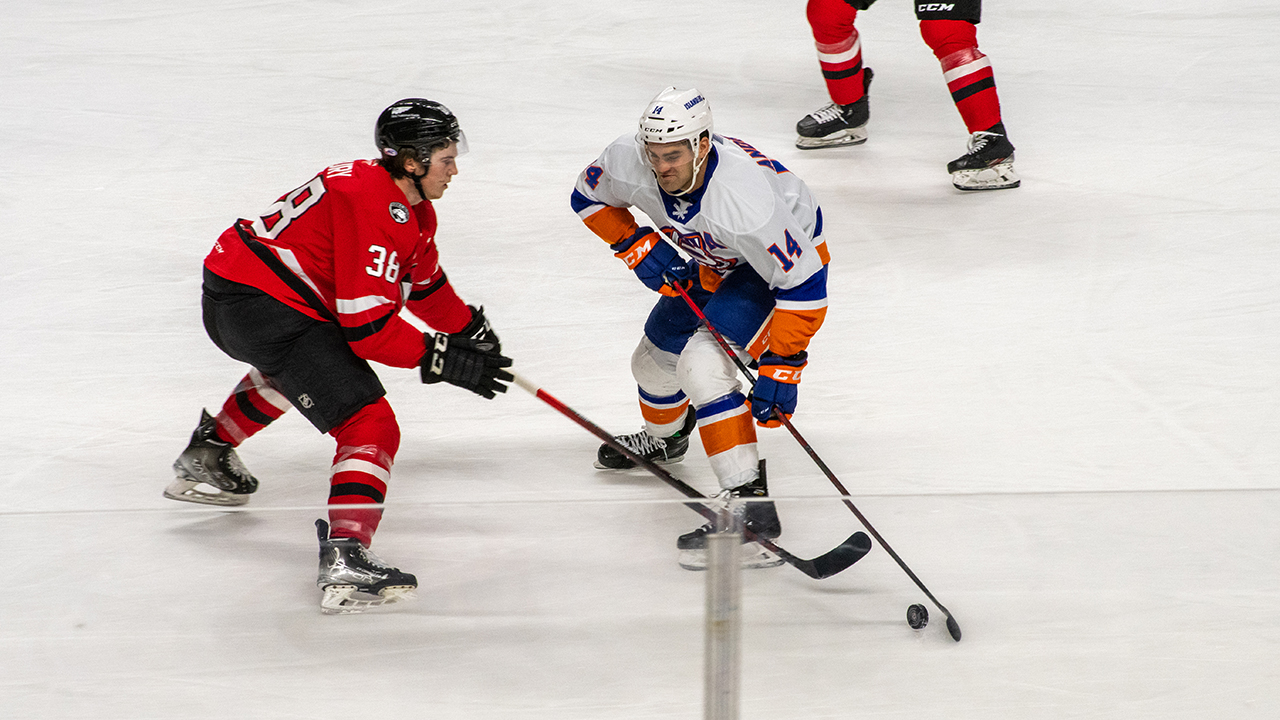 The Checkers returned to the ice for the first time in the new year on Saturday but couldn’t keep up with the Islanders, falling to Bridgeport 5-1.

In their first game since Dec. 19, the Checkers locked up with their opponent for much of the first period, with both sides creating chances but neither team converting. It was the Islanders who were finally able to break the ice though, finding the back of the net late in the frame to put the home side ahead.


SCORE SHEET PHOTO GALLERY
Bridgeport would ride that wave of momentum into the second, doubling their advantage early on in the period and then extending the lead to 3-0 before the second buzzer sounded.

The Checkers tilted the ice in their favor in the third, outshooting the Islanders 12-8 and breaking their scoring drought midway through with a Zac Dalpe power-play marker, but it wasn’t enough to spark a rally.

The Islanders capitalized on Charlotte’s use of an extra attacker late in regulation and then struck once more with a shorthanded tally in the waning moments to settle the final score at 5-1.

The Checkers are now 2-2-0-0 against the Islanders this season … Tonight was the second time in the last five games that the Checkers have allowed more than two goals … The Checkers were perfect on the penalty kill for the third straight game and scored a power-play goal for the second straight game … Cole Bardreau’s third-period goal was the second shorthanded goal the Checkers have allowed this season … Tonight was the first time in his last four appearances that Joey Daccord has allowed more than one goal … Zac Dalpe scored his fifth power-play goal of the season, giving him the team lead and tying him for fifth in the AHL … The Checkers are now 6-6-0-0 this season when allowing the first goal in a game … The Checkers outshot their opponent for the eighth time in the last nine games … Luke Henman recorded his first pro fight … Logan Hutsko picked up his sixth assist in his last seven games … Bobby Russell, Nick Albano and Blake Siebenaler made their Charlotte debuts

The Checkers and Islanders square off again tomorrow with a 3 p.m. matchup in Bridgeport.