Checkers Return To Ice But Fall To Hershey In Season Opener 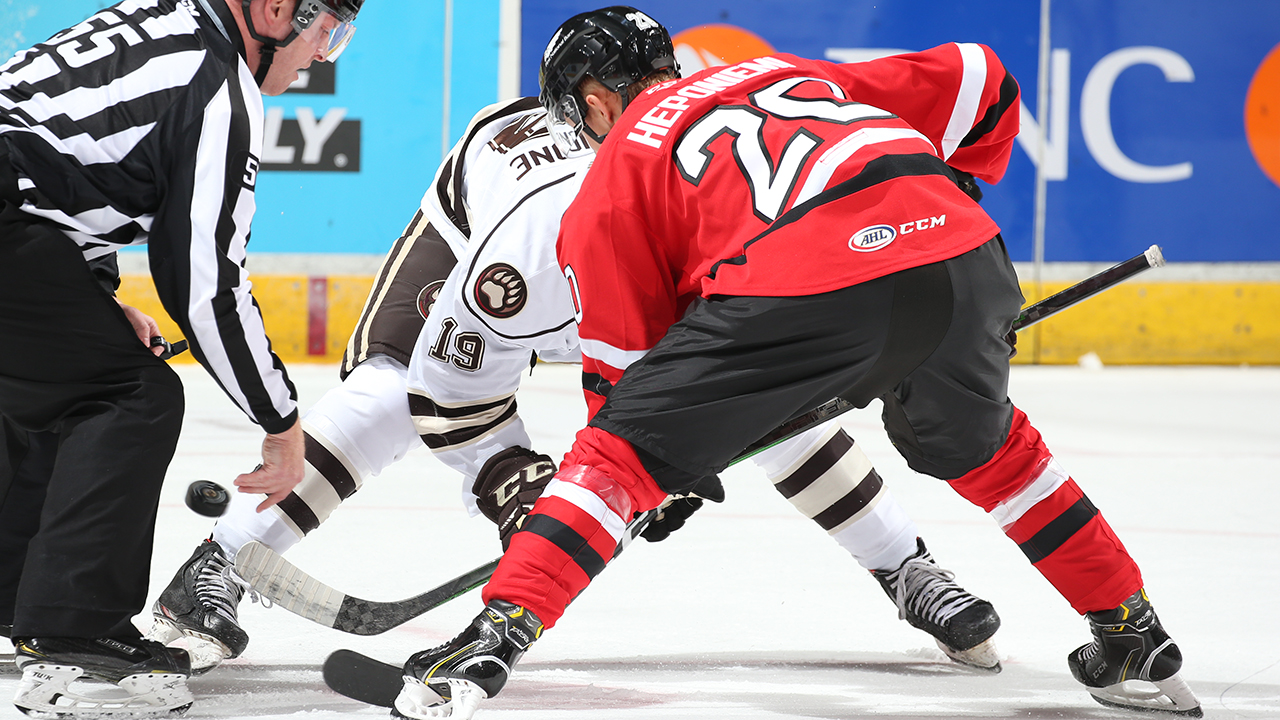 The Checkers made their triumphant return to the ice and kicked off the 2021-22 season Saturday in Hershey, but stumbled en route to a 5-2 loss at the hands of the Bears.

A penalty-laden first period saw Aleksi Heponiemi notch the first goal of the campaign for the new-look Checkers, splitting the defense for a quick breakaway tally to erase an early Hershey lead, but things would tilt toward the home team from there.


SCORE SHEET PHOTO GALLERY
Back-to-back strikes on the man advantage gave Hershey a two-goal lead early on in the second and they wouldn’t look back. Alex True ripped a wrister into the top corner on a rush to pull Charlotte back within striking distance heading into the final frame, but the Bears reestablished their lead 24 seconds into the third and then found the back of the net again later in the third to put the nail in the coffin for Charlotte.

A bright spot for a Checkers team that couldn't quite find the offensive spark through the night was rookie forward Logan Hutsko, who set up both goals to pick up a pair of assists in his first pro game.

Christopher Gibson faced a slew of pucks in the crease for Charlotte, stopping 29 of the 24 shots on goal, while Hershey’s Pheonix Copley saw just 15 shots on the night from the Checkers, including four over the final 40 minutes of play.

Tonight was the Checkers’ first game since March 11, 2020 … It was also the first game for Charlotte’s new dual NHL affiliation with the Florida Panthers and the Seattle Kraken … This was the second consecutive season opener that the Checkers has lost, bringing them to 5-5-1-0 all time … Zac Dalpe wore the C for the first time since being named captain earlier this week … Aleksi Heponiemi and Gustav Olofsson served as alternate captains … Logan Hutsko made his pro debut and picked up his first two pro points with a pair of assists … Karch Bachman missed the game due to injury … Luke Henman, Ryan Lohin, Frank Hora and Antoine Bibeau were all healthy extras