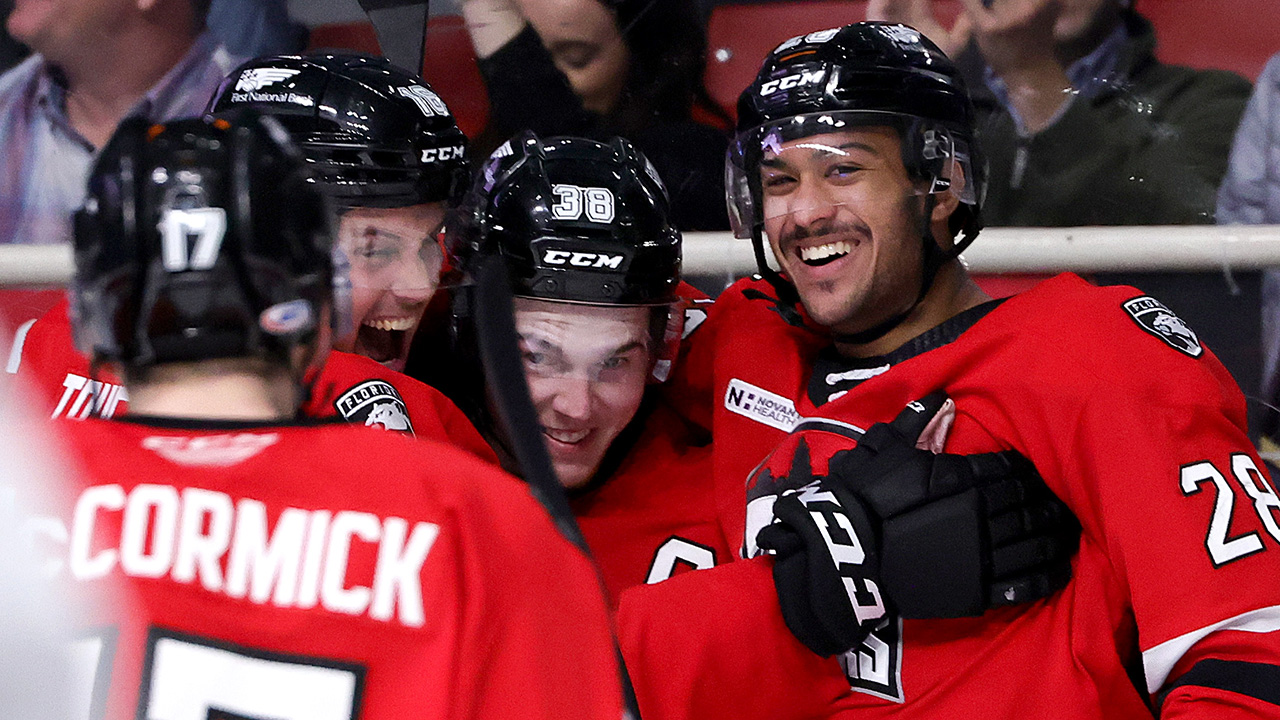 The Checkers shook off a rocky start and roared back to claim a clutch come-from-behind victory over the Hershey Bears 5-3.

The visitors came out of the gates hot, lighting the lamp less than two minutes into regulation and then controlling most of the play en route to constructing a 3-0 lead early on in the second period.

Looking to spark something in its team, Charlotte made a goalie change at that point, with Christopher Gibson entering the contest for his first action in over four months. They got what they were looking for, as Alexander True got his team on the board quickly after that swap and the tide turned Charlotte’s way from there.

Zac Dalpe capped the middle frame with a tally to pull the home side within one, then Cale Fleury kept that momentum rolling with a beautiful play to walk the puck all the way in from the blue line and lift a backhander into the back of the net to tie the game.

The ice continued to tilt in the Checkers’ favor throughout the third, and their comeback was finally completed with a power-play tally in the final five minutes as Scott Wilson tipped in a slick feed from Fleury.

Gibson was up to the task on Hershey’s final charge, finishing the contest with a perfect 16 saves on 16 shots, and an empty-netter from Dalpe sealed the thrilling win for Charlotte.

SCORE SHEET PHOTO GALLERY
Coach Geordie Kinnear on the game
Obviously we didn’t like the start at all. I thought (Gibson) came in and brought some energy, and we juggled the lines a little bit and gave some guys that started on time an opportunity. We stepped up, we built our game over time and started getting more in sync. At the start we weren’t in sync, but we found on a rhythm, got on the same page and we started executing a little more.

Kinnear on the goalie change sparking momentum
For some reason we weren’t going. Obviously (Daccord) has been unreal for us. Gibby had a long road to be able to come back and it was a good opportunity to get him in there. He brought a lot of energy and was a big reason we won the hockey game.

Kinnear on Cale Fleury factoring on the tying and winning goals
He has some good offensive punch. I don’t think we see it all the time, but he made a couple of plays there. He’s been a big player for us all year. He made those plays to allow us to get back in the game, but the change with Gibby going in was huge for us.

Kinnear on the team’s 11-game point streak at home
The crowd has always been great. You talk about energy, they bring the energy and they stick behind us no matter what. It’s a great place to play and we’re proud to play in front of them.

Cale Fleury on his tying goal
I saw that our forwards did a good job of pushing everybody in the pile and I had a lot of time. I knew that once I beat the first guy it was a 2-on-1 with (McCormick) and the other d-man, so I just took it myself.

Fleury on the comeback
We didn’t have our A game to start. We talked about it in the room and dug in. Towards the second half of the second we took the game over. It says a lot about our group. We’ve got a great group in there and we’re only getting better.

Fleury on Gibson coming in to the game
It was unreal. He’s been gone for a while but he’s had a couple of good weeks of practice and then kind of gets thrown in the fire like that. He did a great job.

The Checkers’ 11-game point streak at home (9-0-2) dating back to Feb. 12 is one shy of tying the franchise record … The Checkers have faced a two-goal deficit only twice in their last eight games, and they came back to at least tie the game both times … Dalpe scored for the second consecutive game, hitting the 25-goal mark for the second time in his career. He leads the team and is tied for fifth in the league with 26 goals … Gibson, who recently returned from a lengthy injury absence, played his first game since Nov. 28 … The Checkers are 4-2-1 against Hershey this season … Grigori Denisenko, John Ludvig, Max Gildon and German Rubtsov missed the game due to injury … Dennis Cesena, Patrick Giles, Zach Uens and Antoine Bibeau were healthy extras.