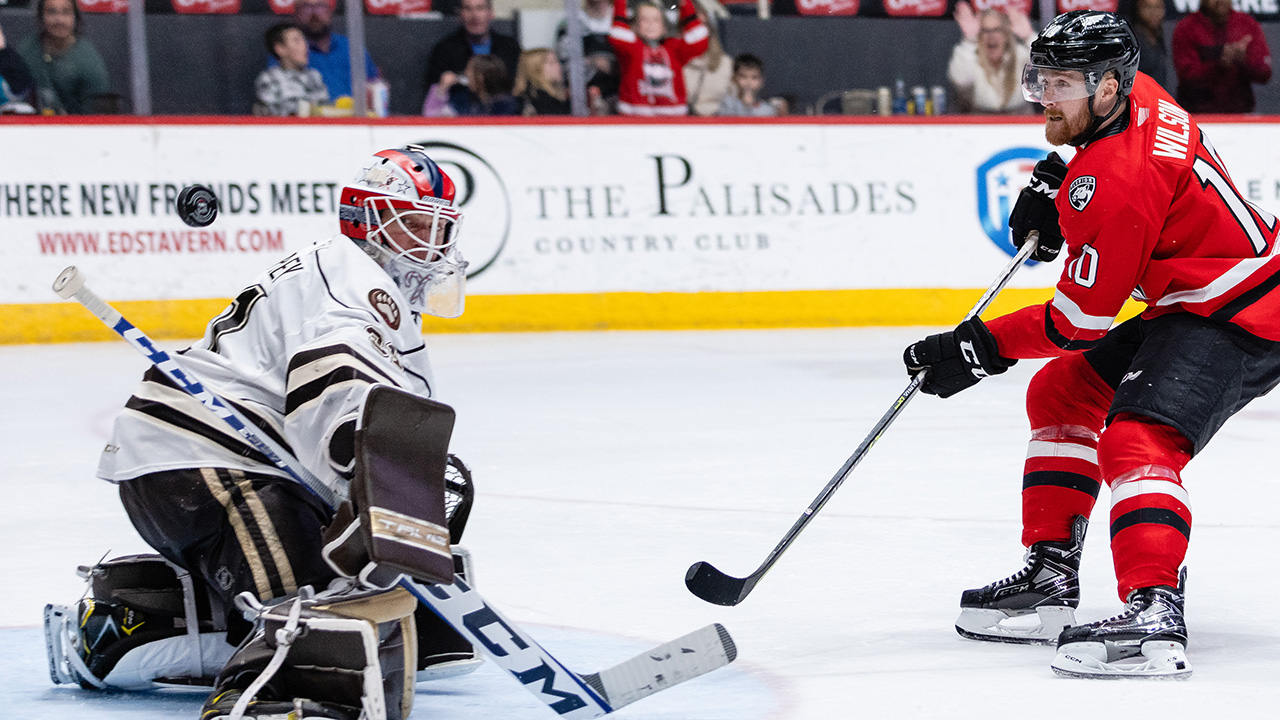 The Checkers continued their relentless defense of home ice by sending Hershey packing with a 3-1 victory over the Bears.

A far cry from last night’s high-scoring comeback, a sizable chunk of tonight’s contest was played in a deadlock. A power-play strike from Scott Wilson broke the ice in the final minute of the first, but the Bears responded quickly in the middle frame to once again draw things into a tie that would carry through to the third.

An early power-play in the third period set the stage for the Checkers to reclaim the lead, as Zac Dalpe ripped a quick one-timer from the slot for a clutch go-ahead goal.

Charlotte locked down from there - surrendering just five shots in the final frame - and Joey Daccord delivered a bounce-back performance between the pipes to keep the Bears at bay. Cole Schwindt deposited one final dagger into the empty net in the waning seconds of regulation and the Checkers picked up a crucial weekend sweep of their divisional rivals.

The Checkers are now in sole possession of second place in the Atlantic Division, marking their highest standing position of the entire season … The Checkers 12th consecutive home game with a point (10-0-2) ties a franchise record set during the championship 2018-19 season … Wilson (3g) and Dalpe (4g) each extended their goal streaks to three games. They tie the longest by any Checkers player this season … Wilson’s 23rd goal of the season set a new career high … Cale Fleury had two assists to extend his point streak to three games (1g, 4a) … After going five straight games without a power-play goal (0-for-16), the Checkers have scored in two straight (3-for-9) … The Checkers finished 5-2-1 against Hershey this season … Grigori Denisenko, John Ludvig, Max Gildon and German Rubtsov missed the game due to injury … Dennis Cesena, Luke Henman, Zach Uens and Antoine Bibeau were healthy extras.