Checkers Shut Out in Cleveland 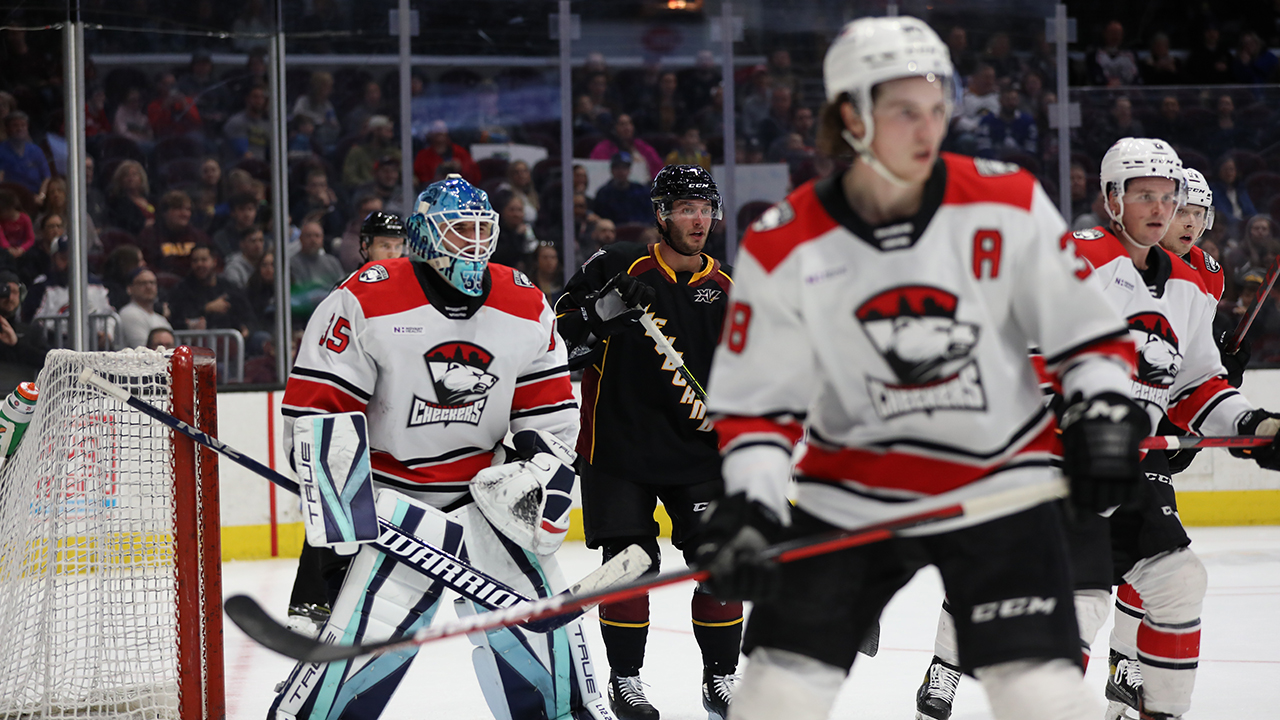 The Checkers’ hot streak hit a bump in the road as they began a two-game set in Cleveland with a 1-0 loss on Friday.

It marked the second time the Checkers have failed to hit the back of the net this season, as they also fell by a 1-0 score to Utica back on Nov. 27. The loss snaps the Checkers’ point streak at five games (4-0-1), a run that had tied their longest of the season. This was the team’s first regulation loss since March 9.


SCORE SHEET
All of the offense in this contest came midway through the first period, as the Monsters’ Jake Christiansen scored on the game’s first power play. From that point on, both goaltenders were up to the task as Cleveland’s Jet Greaves made 31 saves and benefitted from three hit goalposts, while Charlotte’s Joey Daccord stopped 26 shots to continue his stellar month of March.

Charlotte, which ranks third in the league with 200 goals scored in 60 contests this season, has scored just four goals in its last four outings. On the other side of the puck, they have also only allowed five goals during that span.

The teams will meet again for a 3 p.m. matinee on Sunday. After that, the Checkers return to Charlotte to begin their final home stand of the regular season on April 1.

Daccord is 5-1-0 with a 1.31 goals-against average and .963 save percentage in March. He has allowed two goals or fewer in seven straight starts … Dennis Cholowski led the Checkers with six shots on goal … The Checkers are 1-1-1 in the season series with Cleveland that concludes Sunday … Forward Connor Bunnaman made his Checkers debut … Defenseman Connor Carrick returned to the lineup after missing 11 games due to injury … Grigori Denisenko, Max Gildon, John Ludvig, German Rubstov and Gustav Olofsson missed the game due to injury … Serron Noel, Dennis Cesana and Antoine Bibeau were healthy extras.