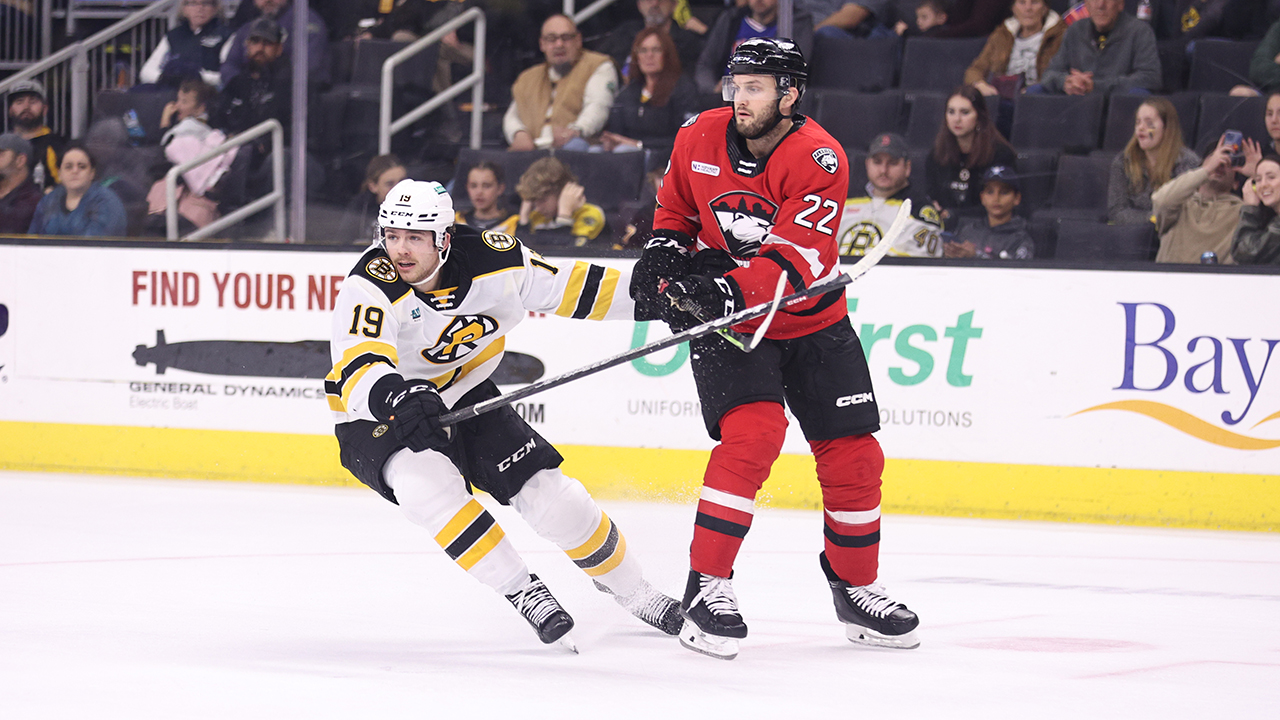 The Checkers’ road woes continued as they fell by a 5-2 score to the Providence Bruins on Friday.

Justin Sourdif scored his first professional goal and Connor Bunnaman had a second for Charlotte, which has offset a fast 5-1-0 start at home with an 0-2-2 road record to start the season.


SCORE SHEET
Both of the Checkers’ regulation losses on the road have come against Providence, which improved its league-best record to 9-1-2. This game kicked off a six-game road trip for the Checkers, who visit Hartford Saturday and then return to Providence on Sunday.

Providence took an early lead in this game through Jakub Lauko, only to see Sourdif cancel it out with a power-play strike later in the frame. The Bruins would go on to score four of the next five goals on either side of another man-advantage goal by Bunnaman that had made the score 3-2 in the second period.

The Checkers finished the game 2-for-5 on the power play, marking the second time in three games that they scored multiple power-play goals.

The Checkers out-shot Providence 39-36, including a 17-8 mark in the second period. It marked the most shots the team has taken in a regulation game this season … In his first game back from NHL recall, Aleksi Heponiemi earned the primary assist on Bunnaman’s goal … Checkers scratches included forwards Riley Bezeau, Ethan Keppen and Serron Noel, defensemen Lucas Carlsson, Max Gildon, Johnny Ludvig and Zach Uens, and goaltender J-F Berube.