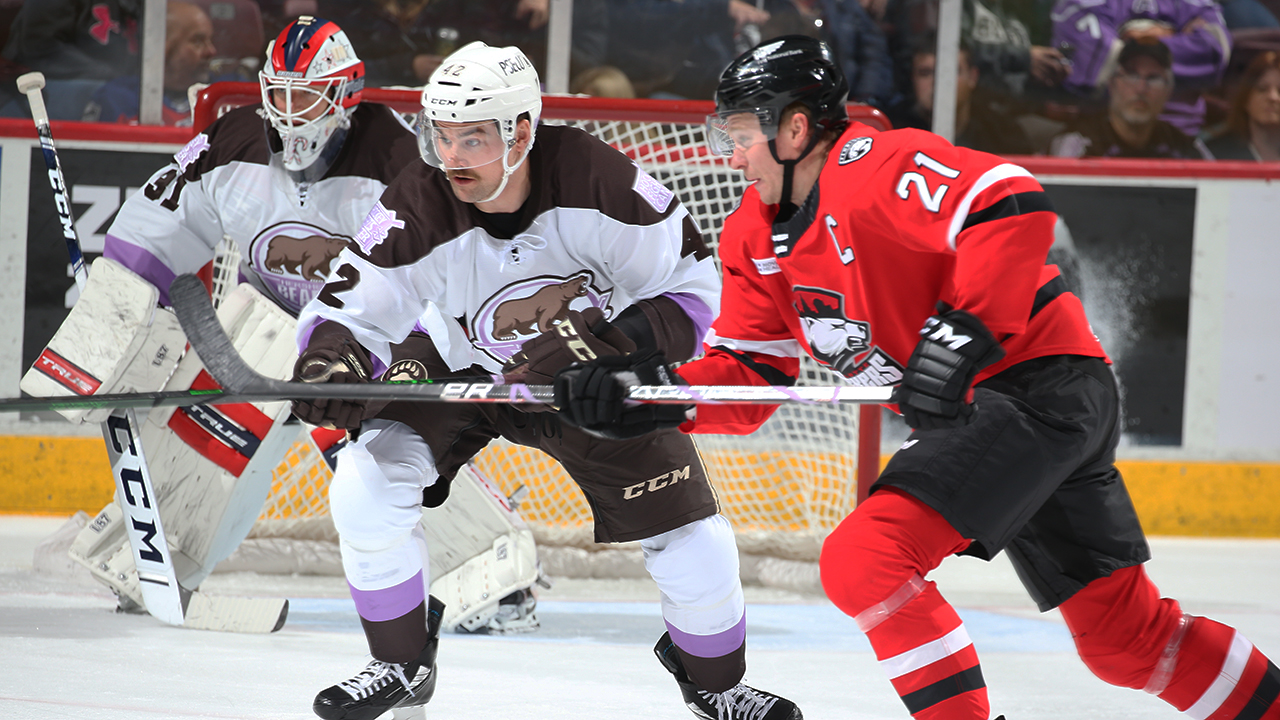 The Checkers’ lengthy road trip ended on a tough note Sunday evening, as they surrendered a lead and ultimately fell to Hershey 4-2.

As they often have this season, the Checkers found the scoreboard first thanks to a power-play snipe from Cale Fleury in the early minutes of the contest. The visitors would cling to that advantage for the next stretch of game, and even when the Bears broke through halfway into the middle frame the Checkers almost immediately responded with a Gustav Olofsson tally to push back ahead 2-1.

This one starts with a point blast from forward Zac Dalpe and ends with a knocked-in rebound from defenseman Gustav Olofsson. Just how they drew it up pic.twitter.com/lumFOQZzev

That lead wouldn’t last, however. Mike Sgarbossa would punch one in to even things up before the second intermission, and the Hershey rally was activated. The Bears would capitalize on a man advantage early in the third to claim their first lead of the night, and the home squad would buckle down from there.
SCORE SHEET PHOTO GALLERY


The Checkers would make a substantial push, outshooting Hershey in the final frame and creating a slew of chances down the stretch, but Pheonix Copley and the Bears remained composed and rode things out - with a long-distance empty netter cementing the outcome.

The Checkers will finish their six-game, 10-day road trip with a 3-3-0-0 record … This is the second time this season that the Checkers have lost back-to-back games in regulation … Five of Charlotte’s 15 games this season have been against the Bears … The Checkers allowed multiple power-play goals for the third time this season and the first time since Oct. 22, with all three instances coming against the Bears … The Checkers have now scored first in 12 of their 15 games this season and are 5-6-1 in those instances … In nine career games against the Checkers, Joe Snively has 13 points (4g, 9a) … Zac Dalpe recorded his first multi-assist game of the season … Hershey’s 19 shots on goal are the fewest by a Charlotte opponent this season … Cale Fleury has a point in three of his last four games … Ryan Lohin, Luke Henman, Henry Bowlby and John Ludvig all served as healthy extras

The Checkers finally return home for a busy Thanksgiving week, starting with a matchup with Wilkes-Barre/Scranton on Tuesday.