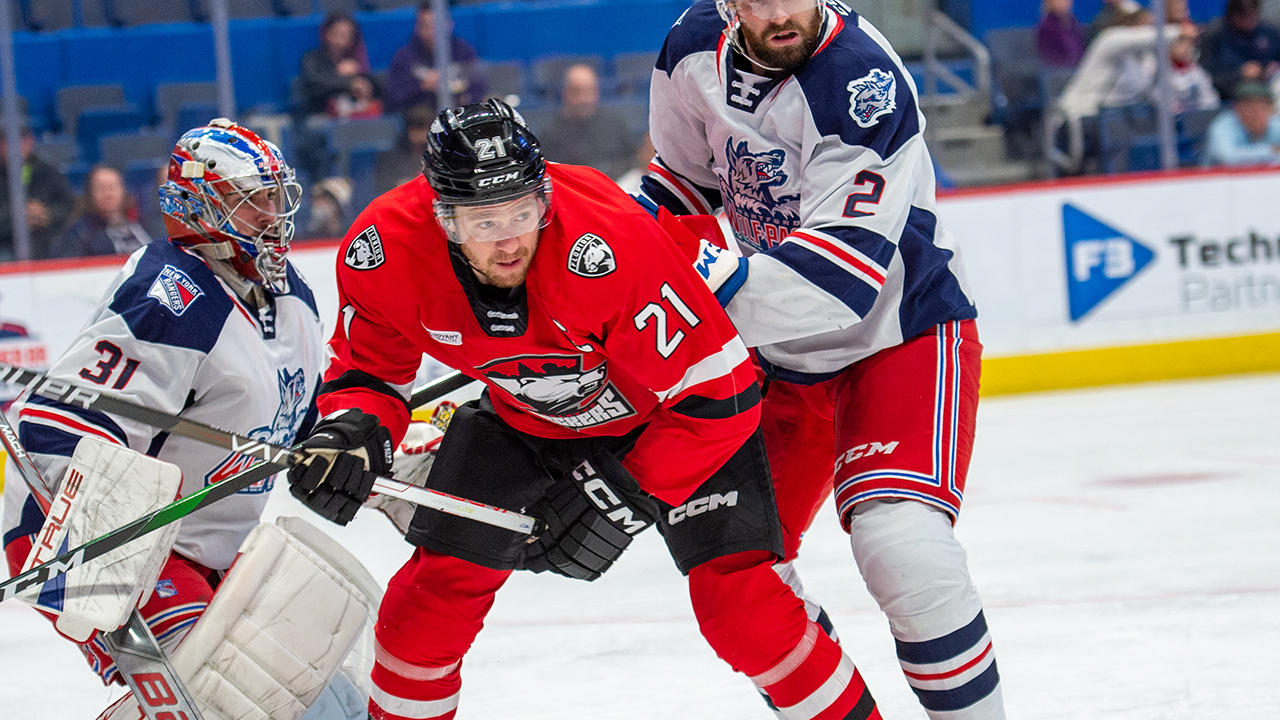 Gerry Mayhew scored the only goal of the shootout to cap off a wild night in Hartford that gave the Checkers a 6-5 victory – their first on the road this season.

Both teams scored four consecutive goals at one point in this contest, with Hartford storming back from a 4-1 deficit to take a 5-4 lead in the third period. When his team needed it most, Checkers captain Zac Dalpe scored to tie the game with nine minutes remaining in regulation and send the game to a shootout.


SCORE SHEET
After seven scoreless shootout attempts, Mayhew netted the walkoff winner when his shot hit the glove but then trickled through the legs of Hartford netminder Dylan Garand. The Checkers, who lost in overtime in their last visit to Hartford two weeks earlier, are now 1-2-2 away from the friendly confines of Bojangles Coliseum.

After a scoreless first period, both teams exploded offensively in the second. Hartford started the party with a goal by C.J. Smith less than a minute in, but the Checkers rattled off four in a row led by a highlight-reel breakaway move by Anton Levtchi. Just when it seemed as though the Checkers were on their way to a big win thanks to subsequent goals by Mayhew, Riley Bezeau and Zach Uens, Hartford punched back with two goals in the last three minutes of the period to get back within one.

The Wolf Pack then carried the momentum over into the third with two goals less than two minutes apart to take the lead, but Dalpe was able to stop the bleeding with his sixth goal of the season that would end up sending the game to overtime and then the shootout. Checkers netminder Mack Guzda took over from there, making four straight stops to set Mayhew up for the winner.

Now two games into a six-game trip, the Checkers will finish a three-in-three weekend with a game in Providence tomorrow afternoon.

The Checkers are 3-0-1 against Hartford this season. The teams play each other yet again on Nov. 16 … Bezeau and Uens each scored their first pro goals … The Checkers out-shot Hartford 18-6 across the third period and overtime … The teams were a combined 2-for-13 on the power play … Michael Del Zotto led all skaters with a plus-3 rating … Checkers scratches included forwards Henry Bowlby, Logan Hutsko and Serron Noel, defensemen Lucas Carlsson, Dennis Cesana, Calle Sjalin and Johnny Ludvig, and goaltender J-F Berube.