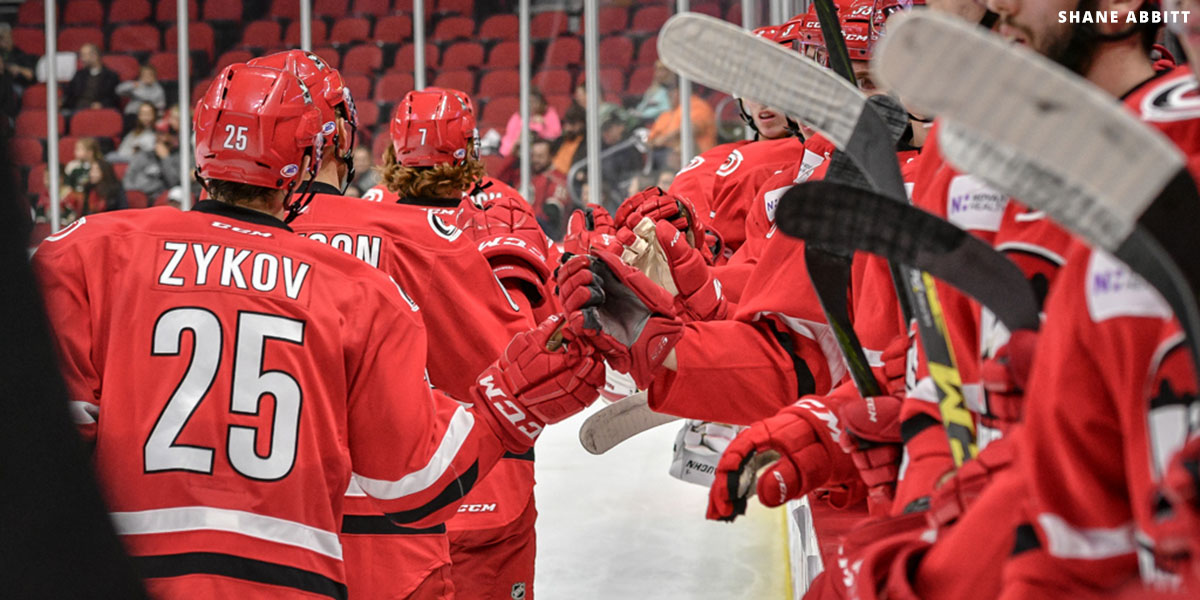 In a wild back and forth contest in Iowa, the Checkers stormed back to clinch a 5-4 victory, their fifth in a row.

Despite an early start time, there was no shortage of action right off the bat between Charlotte and Iowa. Valentin Zykov took advantage of an early power play to put the visitors on top three minutes in, but Iowa responded shortly after with a tally of their own. Brock McGinn, continuing his scoring tear, lifted the Checkers ahead again nine minutes in with a snipe of the crossbar and in, but Pat Cannone struck quickly to erase that advantage. Just over a minute after Cannone’s goal, however, the Wild took their first lead of the day thanks to Kurtis Gabriel’s third tally of the year.

The frantic first period continued, as it took the Checkers less than a minute to again draw things even, this time with Keegan Lowe pouncing on an Iowa turnover and depositing it in the net to tie the score at 3. The scoring was done, though, with Iowa potting one more off the stick of new addition Teemu Pulkkinen in the final five minutes of the frame before the period ended with a staggering 4-3 score.

The Checkers turned up the intensity in the middle frame, controlling much of the play and outshooting the home team 22-8, but couldn’t put any behind Iowa goalie Steve Michalek and headed into the third still trailing by one.

Charlotte’s defensive stranglehold continued in the third, as Iowa was only able to register five shots through the entire frame, and the offense got the spark they needed from an unlikely source.

Playing in just his second game of the season, Kyle Hagel collected a loose puck off an Iowa turnover in the slot and picked a corner, pulling the Checkers even early in the frame. The visitors continued to apply pressure to their opponent, and with five minutes left in regulation Patrick Brown scooped up a loose puck during a scramble in front and roofed it to lift his team to a 5-4 advantage.

That would prove to be enough, as the Checkers held on and collected their fifth consecutive victory.

Alex Nedeljkovic was tabbed for the start in goal for Charlotte and, after a bumpy start, settled in to pitch two perfect periods down the stretch and earn his first AHL win. He was aided generously by the Checkers defense, as the team held Iowa to just 24 shots on goal.

The Checkers will look to keep their winning ways going tomorrow night as they again take on the Wild in the middle leg of a three-in-three weekend.

The Checkers’ five-game win streak ties the longest posted by any AHL team this season. It is one short of the franchise record set in January of 2013 … The Checkers have allowed less than 10 shots in eight of their last nine periods of play … McGinn extended his career-high and team-best points streak to seven games and his goals streak to three games, matching the longest by a Checker this season … Zykov extended his point streak to four games … Lowe scored his third goal of the year, matching his career high just eight games in … The Checkers did not allow a power play for just the third time in their AHL history and first since Feb. 16, 2014 … Matt Tennyson served his one-game suspension … Brendan Woods missed the game due to injury, while Mitchell Heard and Clark Bishop were healthy extras.