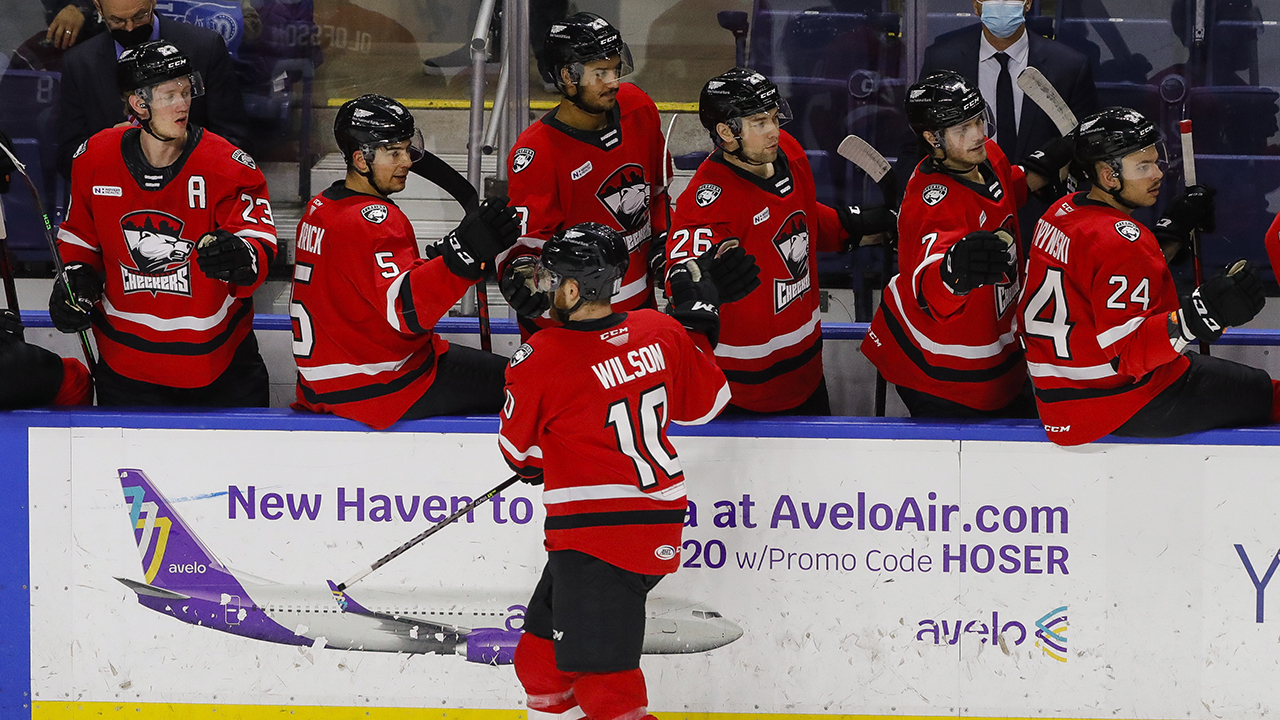 It took quite a while, but the Checkers emerged from their rematch against Bridgeport with a big two points thanks to a clutch shootout victory.

In their first game since Dec. 19, the Checkers locked up with their opponent for much of the first period, After an extra frame that saw a slew of chances but no conversions, the Checkers and Islanders proceeded on to a shootout that saw the goalies take center stage. Chase Priskie was the first to find the back of the net in the top of the fourth round, but the Islanders responded with their backs on the wall with the next shooter.


SCORE SHEET PHOTO GALLERY
The goalies battled once again from there until the eighth round when Grigori Denisenko pulled off a quick-release wrister through the five-hole of Corey Schneider to put the visitors back on the verge of victory. With the game on the line, Joey Daccord stepped up and gloved down Bridgeport’s final attempt - making his seventh save of the shootout and claiming a win for Charlotte.


The first 60 minutes of play swung back and forth between the two sides, as Scott Wilson and Kole Lind gave the visitors a two-goal advantage midway through the game before the Islanders pushed back and tied the score early on in the third.

The goaltending was at the forefront in regulation as well, as both sides fired a ton of rubber on net. In the end it was Daccord’s season-high 40 stops over the 65 minutes of play that gave the Checkers a chance in the shootout.

Tonight was Charlotte’s first game to go to a shootout this season … The Checkers are 9-0-2-0 when leading through two periods this season … The Checkers have not lost consecutive games since Nov. 28 … The Checkers have been perfect on the penalty kill in each of their last four games, killing off 10 straight power plays … Chase Priskie recorded a point for the second straight game and now has seven points in his last five games … Joey Daccord made his third consecutive start, the most in a row by a Checkers netminder this season … Daccord has allowed two or fewer goals in four of his last five appearances … Daccord’s 40 saves are the most by a Checkers goalie this season, as are his 18 in the third period alone … Max Gildon, John Ludvig and Christopher Gibson missed the game due to injury … Bobby Russell, Craig Martin, Nolan Kneen and Nick Albano served as healthy extras

The Checkers have one more stop on this current road trip, as they'll visit the Hartford Wolf Pack on Wednesday.