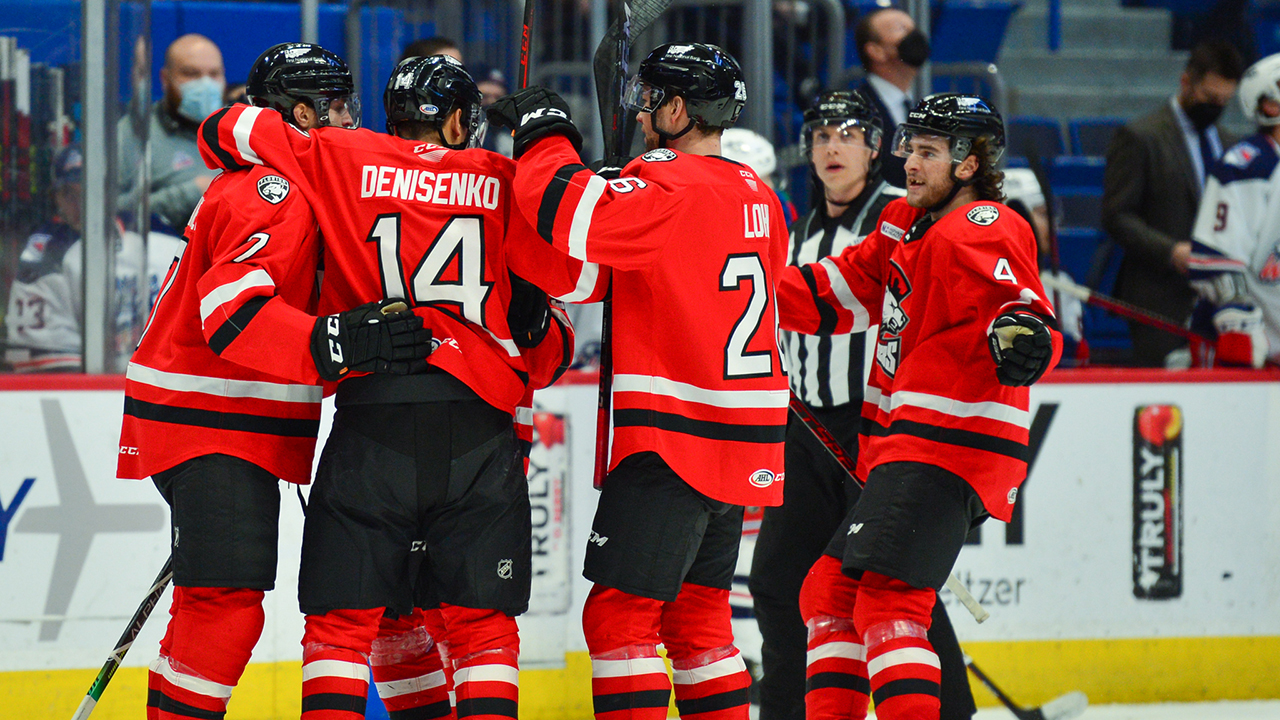 Similarly to their last contest, the Checkers found themselves trading chances with their opponent in a fast-paced extra frame, but some relentless forechecking served up a key opportunity for the visitors nearly two minutes in. Heading up an odd-man rush, Denisenko patiently surveyed his options before ripping a quick wrister to the near side that beat Hartford’s Francois Brassard and clinched two points for the Checkers.

HAVE YOURSELF A NIGHT, DENI ? pic.twitter.com/hiX4WJMCij

Denisenko singularly drove the Charlotte offense Wednesday night, as he found the back of the net midway through the third to not only put the visitors on the board for the first time, but to even the score and force the contest beyond regulation.

SCORE SHEET PHOTO GALLERY
Joey Daccord found himself in yet another goaltending duel, but once again came out on top, as the netminder turned aside 29 shots to claim his fourth win in his last five outings.

The Checkers are now 8-3-0-0 since the start of December … The Checkers are 2-0-0-0 in their two meetings with Hartford this season, with both wins coming by one goal … This was Charlotte’s first overtime win of the season, moving the team to 1-2 in games decided in overtime … Tonight was Grigori Denisenko’s second two-goal game of the season … Joey Daccord has allowed a single goal in four of his last six games and has given up a total of 10 goals over that stretch … The Checkers have now gone five straight games without giving up a power-play goal … The Checkers are 3-9-0-0 when trailing for two periods … Tonight was the 11th one-goal game the Checkers have been in this season, moving them to a 6-3-2-0 record … Bobby Russell made his Checkers debut … Max Gildon, John Ludvig and Christopher Gibson missed the game due to injury … Craig Martin, Nolan Kneen, Nick Albano and Gustav Olofsson were healthy extras

The Checkers return to the Queen City for their first home games of 2022 this weekend, starting with Saturday’s Charlotte Night - featuring specialty jerseys that will be auctioned off throughout the game.