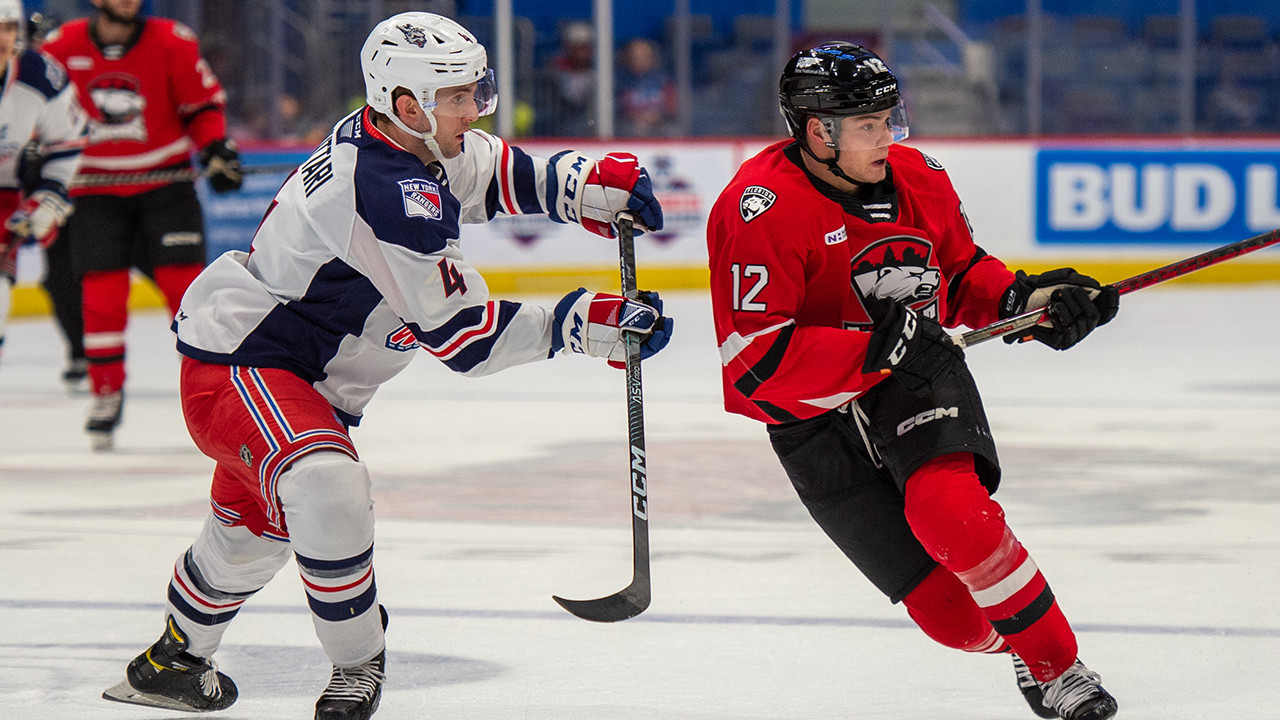 For the second time in less than a week, the Checkers went into Hartford and snared a shootout win over the Wolf Pack, this time by a score of 3-2.

Still deadlocked after a thrilling overtime period full of back-and-forth chances, the fifth meeting of the season between Charlotte and Hartford moved on to a shootout. After the first three attempts were all denied, Anton Levtchi gave his team the upper hand by pulling off a slick fake and then letting the puck slide through the five hole of Louis Domingue.

SCORE SHEET
The Wolf Pack converted on their next attempt, but with the game on his stick Chris Tierney came through in the clutch - picking a corner and sending the Checkers out of Hartford with a huge two points in the standings.

And then Tierney nets the walk-off winner! (and seals that poor goalie stick's fate lol) pic.twitter.com/kwh1euuLPY

The two sides traded goals across regulation, with Hartford opening up the scoring in the latter part of the first period but the Checkers responding less than a minute later courtesy of a shorthanded strike from Riley Nash. That would hold until late in the second when Hartford knocked home a bouncing puck in front to reclaim the lead heading into the final frame.

It wouldn’t take long for Charlotte to pull even once again, though, as Lucas Carlsson swung in on an odd-man rush and buried a wrister less than three minutes into the period. The Checkers would continue to push down the stretch - eventually outshooting Hartford 12-4 in the third period - but neither side would yield and the game moved beyond the 60 minutes of regulation.

Along with denying two of the three shootout attempts he faced, Alex Lyon turned in a big 25-save performance between the pipes for Charlotte and claimed his third win of the season.

The Checkers are 4-0-1-0 against the Wolf Pack this season … The Checkers are 2-1 in shootouts this season, with both wins coming against the Wolf Pack … Riley Nash’s tally was Charlotte’s first shorthanded goal of the season … Riley Nash now has four multi-point games this season … Tonight snapped a three-game power-play goal streak for the Checkers … The Checkers have gone two straight games without giving up a power-play goal … The Checkers have registered at least 37 shots in each of their last three games … Johnny Ludvig missed the game due to injury … Gerry Mayhew, Logan Hutsko, Serron Noel, Dennis Cesana, Max Gildon, Calle Sjalin and J-F Berube were scratches