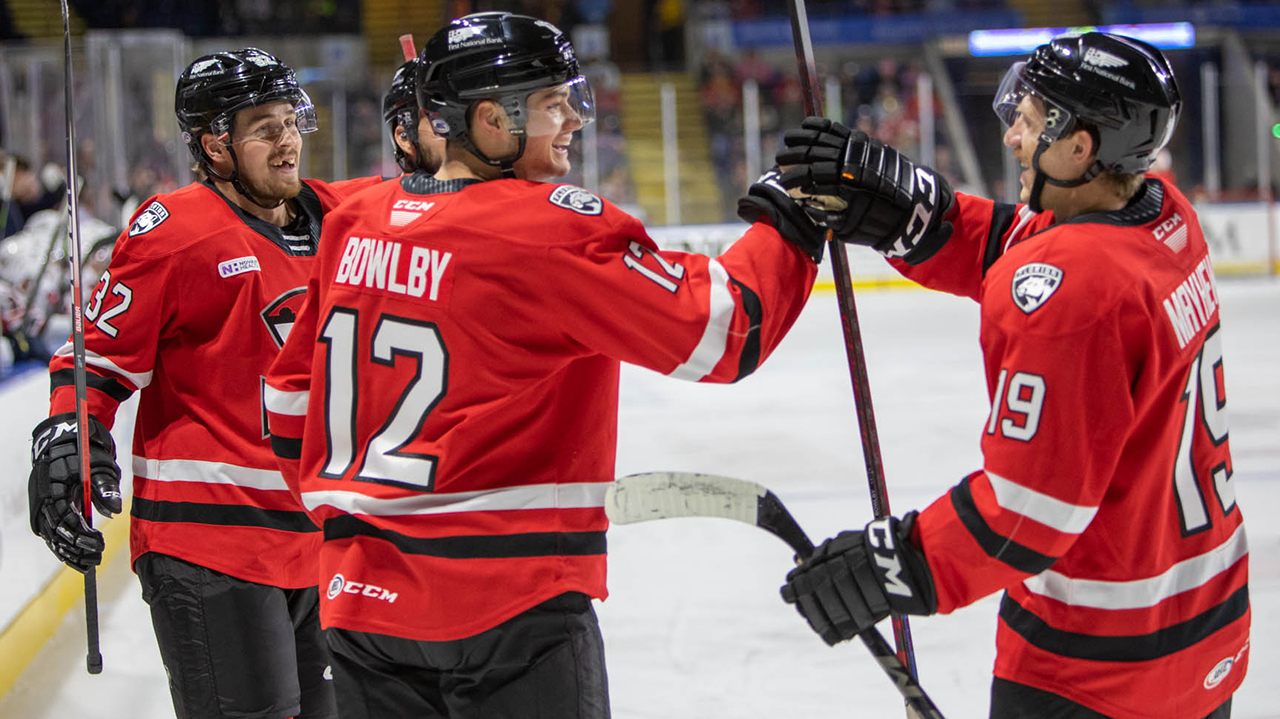 The Checkers capped off their road trip on a high note, dropping the Thunderbirds 4-1 on Saturday night.

Despite being behind on the shot counter, the Checkers held a firm grasp on the lead through the first 40 minutes - notching a pair of goals both on redirections courtesy of Gerry Mayhew and Zac Dalpe.

The Thunderbirds finally broke through with just five minutes remaining on the clock but the Checkers locked things down from there, and a pair of empty-net strikes from Aleksi Heponiemi and Lucas Carlsson pushed things out of reach to clinch the 4-1 victory.

While the offense came through in the clutch, it was Mack Guzda who stole the show between the pipes. The rookie netminder finished with a staggering 33 saves on the night and carried the Checkers with over 55 minutes of scoreless hockey. He also picked up his first point as a pro with a helper on Charlotte’s fourth goal.

Tonight was the first matchup between the Checkers and Thunderbirds this season … Riley Nash extended his point streak to three games … Zac Dalpe has points in two straight games … The Checkers snapped a two-game drought on the man advantage … The Checkers were perfect on the penalty kill for the fourth consecutive games … Mack Guzda set a career high with 33 saves … Johnny Ludvig missed the game due to injury … Ethan Keppen, Riley Bezeau, Serron Noel, Dennis Cesana, Calle Sjalin, Max Gildon and J-F Berube missed the game due to injury