Hutsko Helps Snag A Point As Checkers Fall In OT 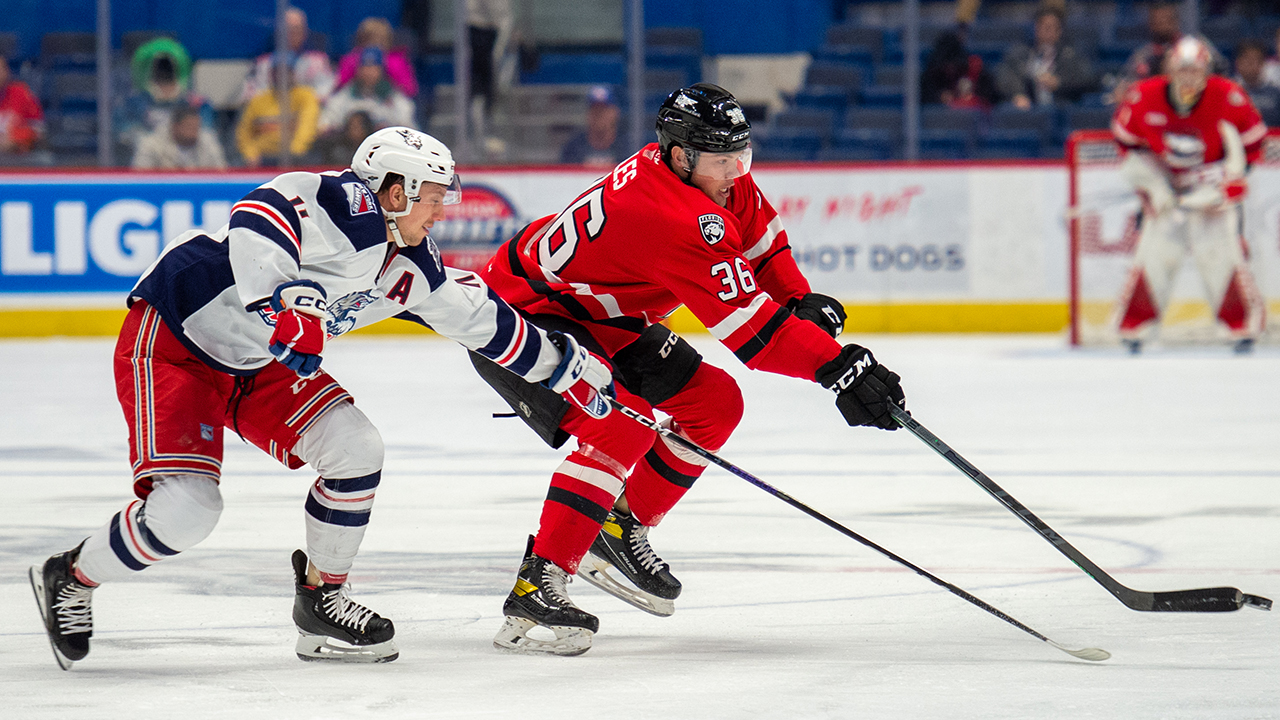 The Checkers battled through another tight road contest on Saturday and secured a point in the standings, but ultimately fell to the Wolf Pack in overtime 3-2.

Similar to last night’s contest in Providence, the two defenses took center stage as the Wolf Pack’s powerplay tally at the midpoint of the first period stood as the game’s only goal until nearly halfway through the third period. Grigori Denisenko potted his first of the year at that point to draw things even, but Hartford converted once more on the man advantage with under five to play to put the home side back ahead.
SCORE SHEET PHOTO GALLERY
For the second straight night the Checkers went to a power play inside of the final three minutes of regulation, and they made it count against the Wolf Pack - Logan Hutsko pounced on a big rebound out front with less than a minute on the clock to force the game to overtime.

The extra frame didn’t last long, however, as Hartford controlled the play early and Andy Welinski wired home the game winner less than a minute in to claim the victory.

After winning their first four contests, the Checkers are winless in their last two games (0-1-1) … Three of Charlotte’s six games this season have gone to overtime, and this is its first loss … Five of the Checkers’ six games this season have been decided by one goal … Justin Sourdif has assists in three straight games … Aleksi Heponiemi has points in two straight games … Mack Guzda has made at least 27 saves in all three of his starts this season … Tonight marked the first time that the Checkers have been outshot this season … The Checkers are 2-0-1-0 this season against the Wolf Pack … Zach Uens made his season debut with Charlotte … Ethan Keppen, Riley Bezeau, Serron Noel, Santtu Kinnunen, Calle Sjalin and Alex Lyon were all healthy extras