Islanders Surge For 5-3 Win Over Checkers 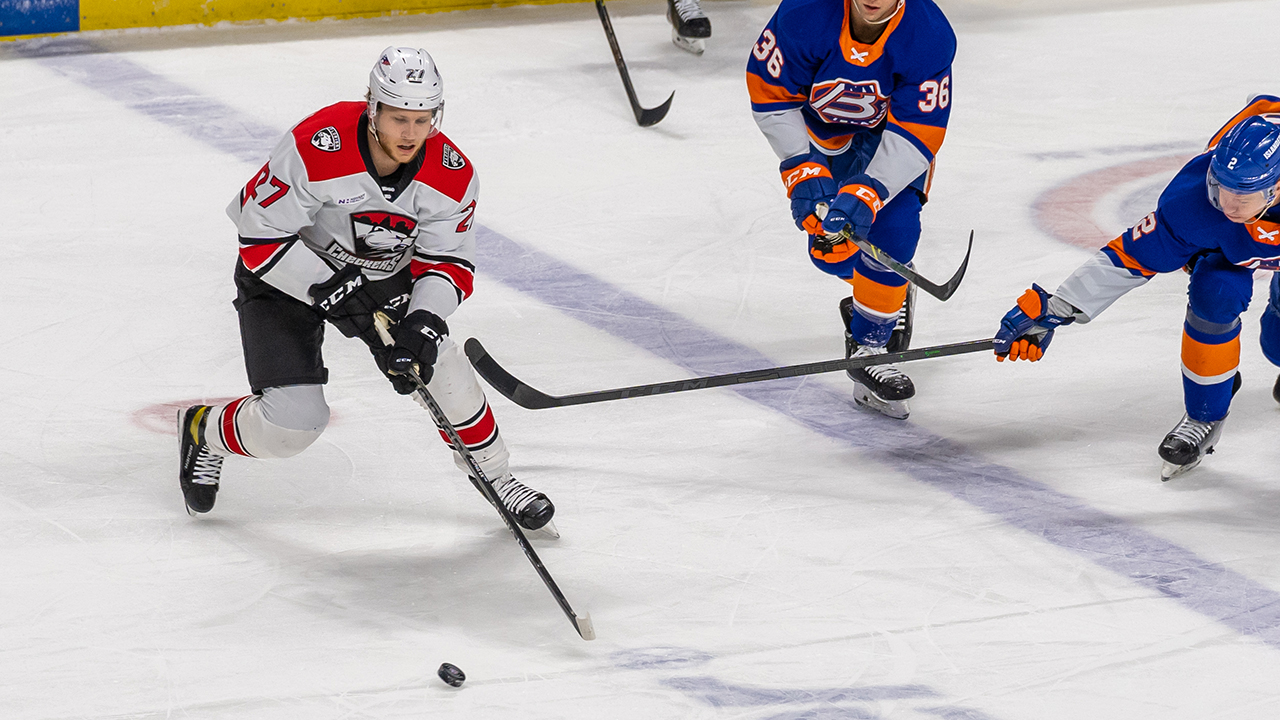 The last leg of Charlotte’s three-in-three weekend saw the Checkers surge early, but ultimately wind up on the wrong side of a 5-3 final against the Islanders.

The Islanders opened the scoring just 68 seconds in, but the Checkers had a strong response from there. Luke Henman knocked one home to even the score a few minutes later, then Cale Fleury and Dennis Cholowski each lit the lamp 40 seconds apart to give the visitors a 3-1 advantage heading into the first intermission.
SCORE SHEET PHOTO GALLERY
Things would shift the Islanders’ way from there, though, as Bridgeport evened the score before the second intermission and then reclaimed the lead with a quick shot from Andy Andreoff midway through the third.

The Checkers pushed hard down the stretch for the equalizer, launching plenty of rubber on net and earning a late man advantage, but they couldn’t solve veteran goalie Cory Schneider - who skated away with 37 saves and, after a late empty netter from his team, a 5-3 defeat of Charlotte.

The Checkers have now lost three straight games and are winless in each of their last four … Tonight was the last time the Checkers and Islanders will play each other this season, with Charlotte finishing with a 4-4-0-0 record in the series … Max McCormick has a point in each of the last two games … Alexander True recorded his first multi-assist game of the season and his sixth multi-point game of the season … Tonight was Max McCormick’s fourth multi-point game of the season … The Checkers snapped a six-game streak of allowing a power-play goal … Tonight was Owen Tippett’s 150th pro game … Grigori Denisenko, Gustav Olofsson, Max Gildon, Christopher Gibson, John Ludvig and Connor Carrick missed the game due to injury … Ryan Lohin and Serron Noel were healthy extras

The Checkers continue their road trek with a midweek meeting in Hershey on Wednesday at 7 p.m.