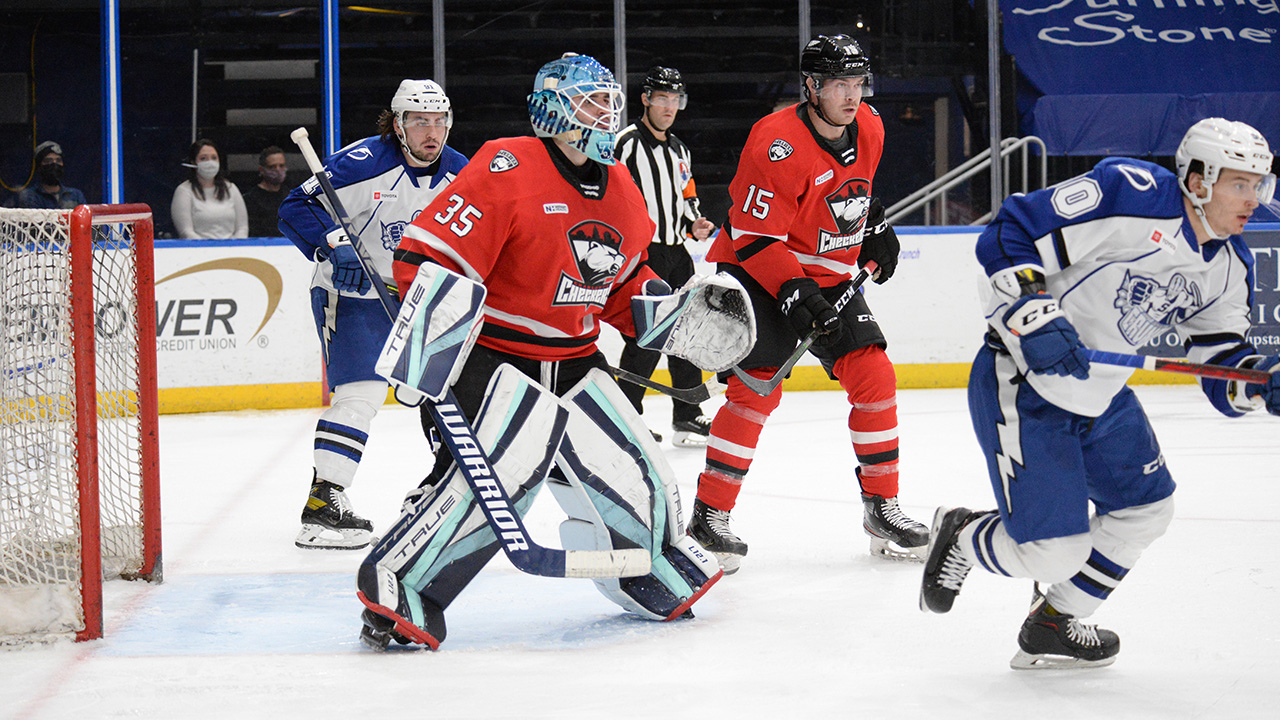 The Checkers ran out of steam on the last game of their road trip as they suffered a 3-1 loss at the hands of the Syracuse Crunch on Saturday.

Making his first career AHL start, Crunch goalie Corbin Kaczperski narrowly missed the shutout as he turned aside 32 of 33 shots before Kole Lind spoiled his bid with just 17 seconds remaining. Charlotte finishes its five-game road trip through New York state with a 3-2-0 record.


SCORE SHEET
The Checkers trailed 1-0 after the first period thanks to a goal by Crunch captain Gabriel Dumont but came agonizingly close to seizing the momentum early in the second.

After Carsen Twarynski took a roughing penalty and Alexander True committed a double minor for high sticking just 27 seconds apart, the Checkers penalty kill stood tall to negate a lengthy two-man advantage. Just when it seemed as though they would get through the entire sequence unscathed, Crunch forward Gabriel Fortier broke through with only 19 seconds left on True’s penalty.

What could have turned into a big boost for the Checkers had they killed those penalties instead had the opposite effect, as Cole Koepke extended the lead to 3-0 just 26 seconds later.

Charlotte had several chances to get back in the game, including four subsequent power play opportunities of their own, but Kaczperski was up to the challenge until Lind finally broke through with his 13th goal of the season in the waning moments.

Kaczperski’s only previous AHL action was 13 minutes of relief work against the Checkers last Saturday. He stopped all three shots he faced in that contest … The Checkers narrowly avoided their second shutout of the season. A 1-0 home loss to Utica on Nov. 27 marks their only goalless effort to date … Lind has three goals and six points in his last six outings … Cale Fleury assisted on Lind’s goal and now has nine points (1g, 8a) in his last eight games … The Checkers finish their season series with Syracuse at 2-2-0 … Forward Ryan Lohin returned to the lineup after missing six games due to injury … Aleksi Heponiemi, Grigori Denisenko, Max Gildon, John Ludvig, Gustav Olofsson and Christopher Gibson missed the game due to injury … Antoine Bibeau, Max McCormick, Bobby Russell, Brandon Fortunato and Blake Siebenaler were healthy extras.

The Checkers begin a six-game home stand against the Bridgeport Islanders on Friday.