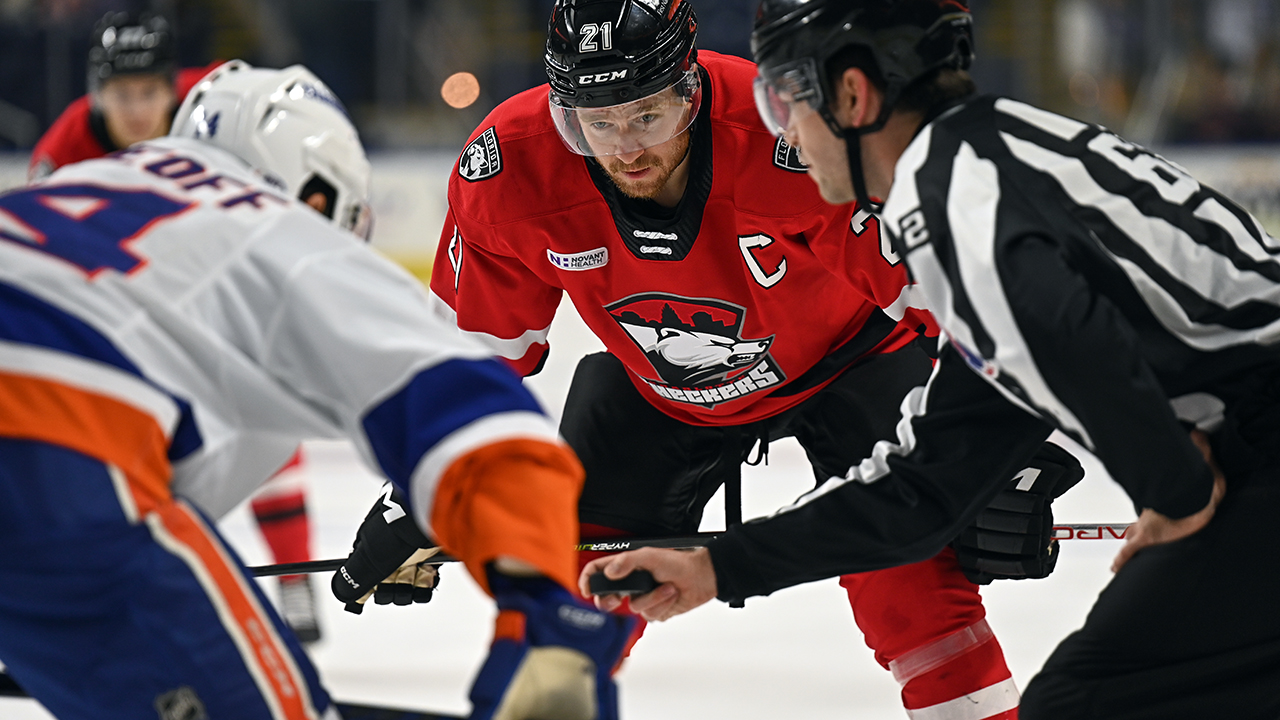 The Checkers wrapped up their road trip with another tightly contested battle and picked up a point in the standings, but couldn’t snap their skid and fell to the Islanders in a shootout.

For the fourth time this season the Checkers saw their game extend beyond the 60 minutes of regulation, and after a scoreless overtime period - which saw the visitors kill off a critical penalty - Charlotte headed to its first shootout of the year.


SCORE SHEET
None of Charlotte’s three shooters were able convert, and after Alex Lyon shut down Bridgeport’s first two attempts, William Dufour found the back of the net to snare the walk-off win for the Islanders.

It was a back-and-forth contest leading up to that conclusion, as the Checkers built themselves a lead twice during regulation but saw the Islanders pull back even each instance.

Some new faces emerged on the scoresheet for the Checkers, as John Ludvig followed up his own shot to score his first in a Charlotte sweater and Ethan Keppen knocked home his first pro goal. Zac Dalpe registered his third goal of the season to account for Charlotte’s other tally, while Logan Hutsko led all skaters with a pair of assists on the night.

Ludvig sticks with it and gets his first as a Checker! pic.twitter.com/W0Zpus8l5h

Checkers have gone to overtime a league-high four times, including two straight. They are 2-1 in games decided during the five-minute, three-on-three period and now 0-1 in the shootout … The Islanders extended their point streak to seven games (6-0-1) … After starting the season 4-0-0 at home, the Checkers went 0-1-2 on their now completed, three-game road trip … Keppen’s goal was his first as a professional … Ludvig’s was his first as a Checker … Dalpe, who celebrated his 33rd birthday today, is tied for the team lead with three goals … After going scoreless in his first three games, Logan Hutsko has six points (3g, 3a) in his last four outings, including two assists today … Checkers scratches included forwards Aleksi Heponiemi, Serron Noel and Chris Tierney, defensemen Dennis Cesana and Max Gildon and goaltender J-F Berube.