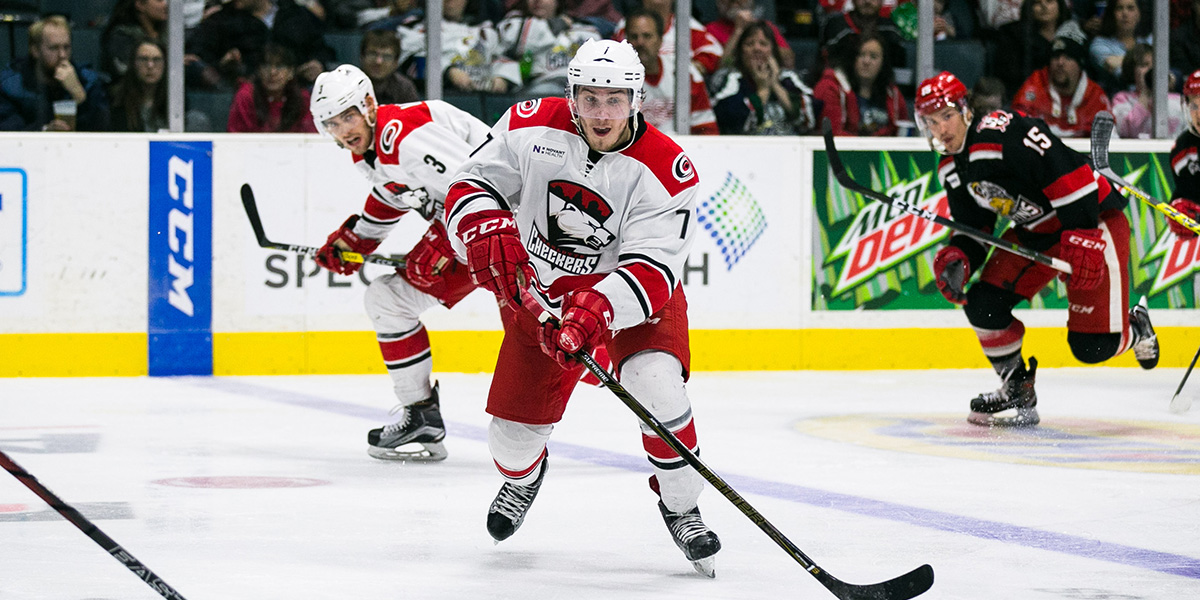 After putting themselves back into a playoff spot last night in Cleveland, the Checkers kept things rolling against Grand Rapids, besting the Griffins by a 3-1 score.

Aleksi Saarela continued his seamless transition to North America, showing off his lethal shot for what would hold as the game winner early in the third and then quickly adding a slick breakaway move for his second goal of the night and his fifth point in three games with Charlotte. On the playmaking side of things was Andrew Miller, who stayed hot by picking up the primary assist on all three of the Checkers’ tallies on the night. 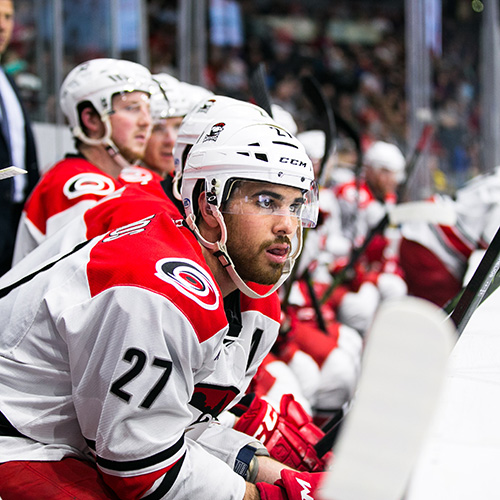 Score SheetPhoto Gallery
While the Checkers’ offense was buzzing all night, thanks to the group of Saarela, Miller, Valentin Zykov, Trevor Carrick and Jake Chelios, who were all on the ice for each Charlotte goal, their netminder turned in a gem of a game as well. Daniel Altshuller, making his first start in nearly a month, stopped 30 of the 31 shots he saw to earn his second consecutive victory at Van Andel Arena and give the Checkers at least one point in the standings in each of their last seven road contests.

The Checkers have points in each of their last three games (2-0-1) and now hold a two-point lead over Cleveland for the final playoff spot in the Central Division … Charlotte is 9-1-1 since March 9 and extended its season-long point streak on the road to seven games (5-0-2) ... The Checkers improved to 5-2-0 against the division-leading Griffins this season … Altshuller, who had not played since March 9, lost his shutout bid with 54 seconds remaining. He has won both of his starts in Grand Rapids this season, allowing just two total goals … Saarela now has five points (3g, 2a) in his first three AHL games with Charlotte … Miller had three assists, giving him six points (1g, 5a) over an active three-game point streak and 23 points (6g, 17a) in his last 18 games since Feb. 19 … Carrick’s two assists marked his first multi-point game of the season … Zykov has two points (1g, 2a), a plus-6 rating and seven penalty minutes since returning to Charlotte … Forwards Kyle Hagel and Erik Karlsson and goaltender Michael Leighton missed the game due to injury … Goaltender Tom McCollum missed the game for personal reasons … Forwards Clark Bishop, Hudson Elynuik, Kris Newbury and Brendan Woods and defenseman Tyler Ganly were healthy extras.

The Checkers wrap up their road trip with a Sunday afternoon matchup in Chicago against the Wolves.