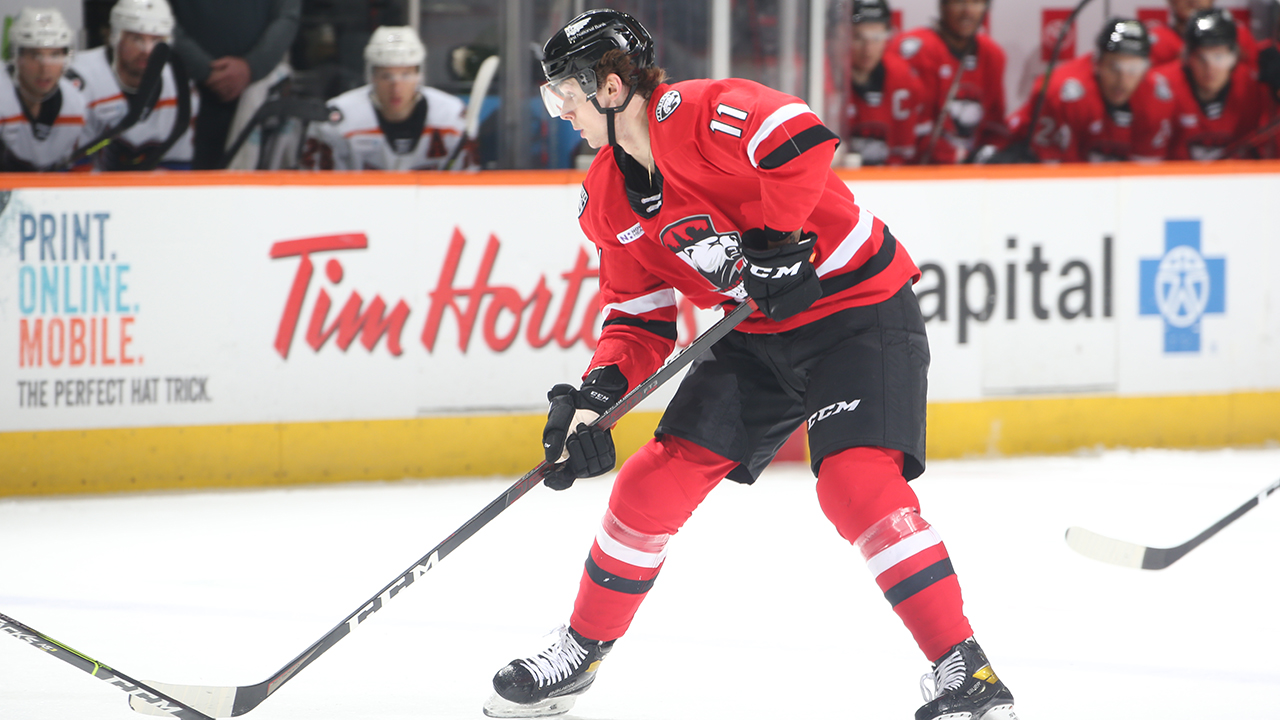 The Checkers pushed themselves back into the win column Friday night in Lehigh Valley, upending the Phantoms 5-3.

The back-and-forth contest ended in thrilling fashion, as Cole Schwindt fought through traffic and redirected a Connor Carrick shot into the back of the net to push the visitors on top with five minutes left on the clock. The Phantoms couldn’t muster a response from there, as netminder Evan Fitzpatrick and the Checkers shut things down and rode out a key Atlantic Division victory.

The Checkers found themselves in a rare situation for them this season - trailing after 20 minutes of play. The offense ramped up as the contest progressed, however, reversing their recent trend.

Logan Hutsko and Henry Bowlby lit the lamp in the middle frame to deadlock things going into the second intermission, and then Cale Fleury launched a seeing-eye shot from the point to tie things once again early on in the third, setting the stage for Schwindt’s late heroics.
SCORE SHEET PHOTO GALLERY
Fitzpatrick, in his Checkers debut, stood up to the Phantoms attack and turned in 25 saves to claim the win.

Tonight was Zac Dalpe’s 400th AHL game … The win snapped a two-game road losing streak and a two-game losing streak overall for the Checkers … Tonight was the fourth time this season the Checkers scored at least five goals and the first since Nov. 14 at Hershey … The Checkers are now 3-1-0 this season against the Phantoms … The Checkers went perfect on the penalty kill for the second straight game … Cole Schwindt has scored a goal in two consecutive games and now holds sole possession of the team goal lead … Tonight was Evan Fitzpatrick’s first game as a Checker … Tonight was the first Checkers game to feature a goalie other than Christopher Gibson and Joey Daccord since Nov. 7 … Olli Juolevi picked up his first point with the Checkers in his second game of the season at any level … Ryan Lohin made his Checkers debut tonight … Connor Carrick recorded his second multi-assist game of the season and has points in each of his last two games … Alexander True, Zac Dalpe and Carsen Twarynski all recorded points for the second straight game … Liam Pecararo, Max McCormick, Frank Hora and Christopher Gibson all served as healthy extras … John Ludvig missed the game due to injury

The Checkers’ game originally slated for tomorrow in Wilkes-Barre/Scranton has been postponed due to COVID-19 protocols affecting the Penguins, so Charlotte will take a day off before a Sunday matchup against the Bridgeport Islanders.