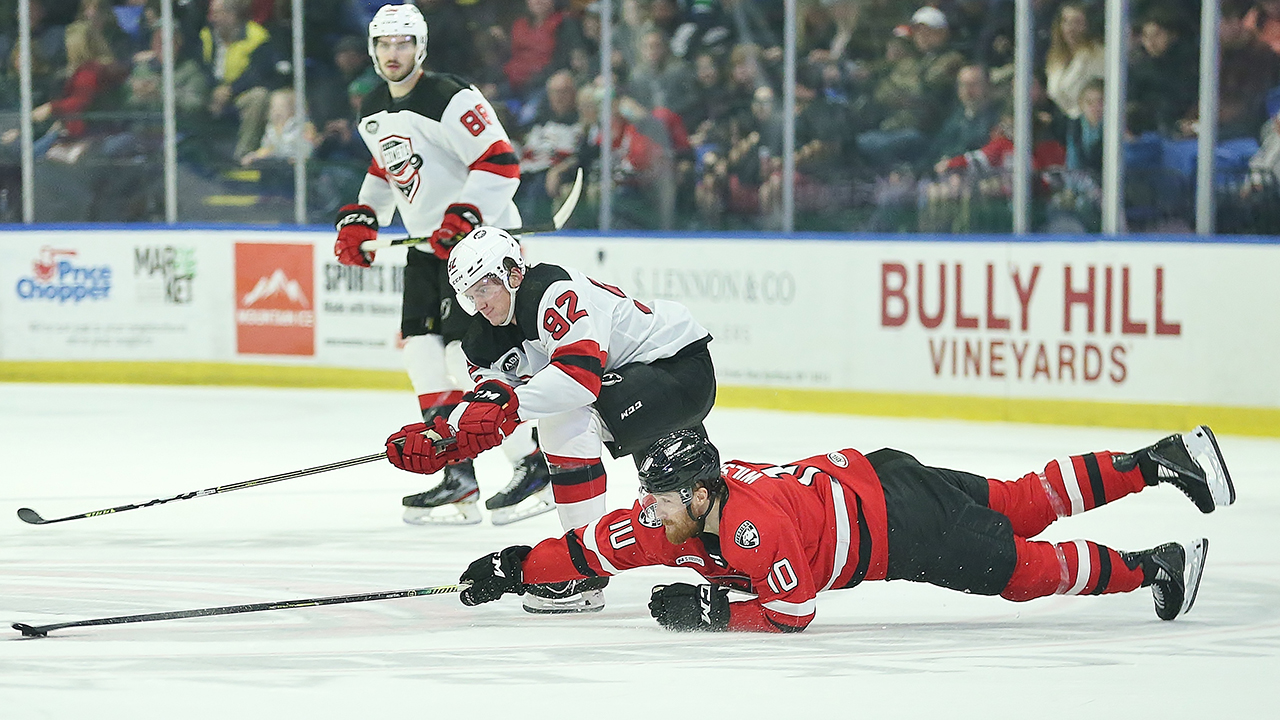 A promising start wasn’t quite enough for the Checkers to trip up the streaking Utica Comets, as they fell by a score of 4-1.

The visitors came out firing in Utica, applying immediate pressure and taking a lead just 63 seconds in courtesy of a swift redirection by Max McCormick. The Checkers would hold onto that advantage for the remainder of the opening frame, but the second period saw the momentum swing Utica’s way.
SCORE SHEET PHOTO GALLERY


The Comets knotted the score early on in the middle frame and tilted the ice in their direction from there, pouncing on a reeling Charlotte squad with two strikes in the final five minutes of the period to blow things wide open. The Checkers heated up in the third - outshooting Utica 12-4 - but couldn’t muster up a rally, and a late empty netter sealed the deal on a tough defeat.

The Comets have now set an AHL record for most wins in a row to start the season … The loss snapped Charlotte’s season-best winning streak at three games … Charlotte’s lineup saw Riley Sheahan, Zac Dalpe and Scott Wilson playing on one line, with the three combining for 1,595 career pro games and 927 career NHL between them … The Checkers snapped a two-game run of recording power-play goals … The Checkers have now gone five consecutive games without surrendering a power-play game, killing off each of their last 20 times shorthanded … Max McCormick has scored a goal in three straight games … Alex True has recorded an assist in three straight games … Kole Lind dropped the gloves for his second fight of the season … Riley Sheahan made his Checkers debut tonight … Ryan Lohin, Luke Henman, Henry Bowlby and John Ludvig were all healthy extras

The Checkers’ current road trip finally comes to an end with a Sunday evening matchup in Hershey.