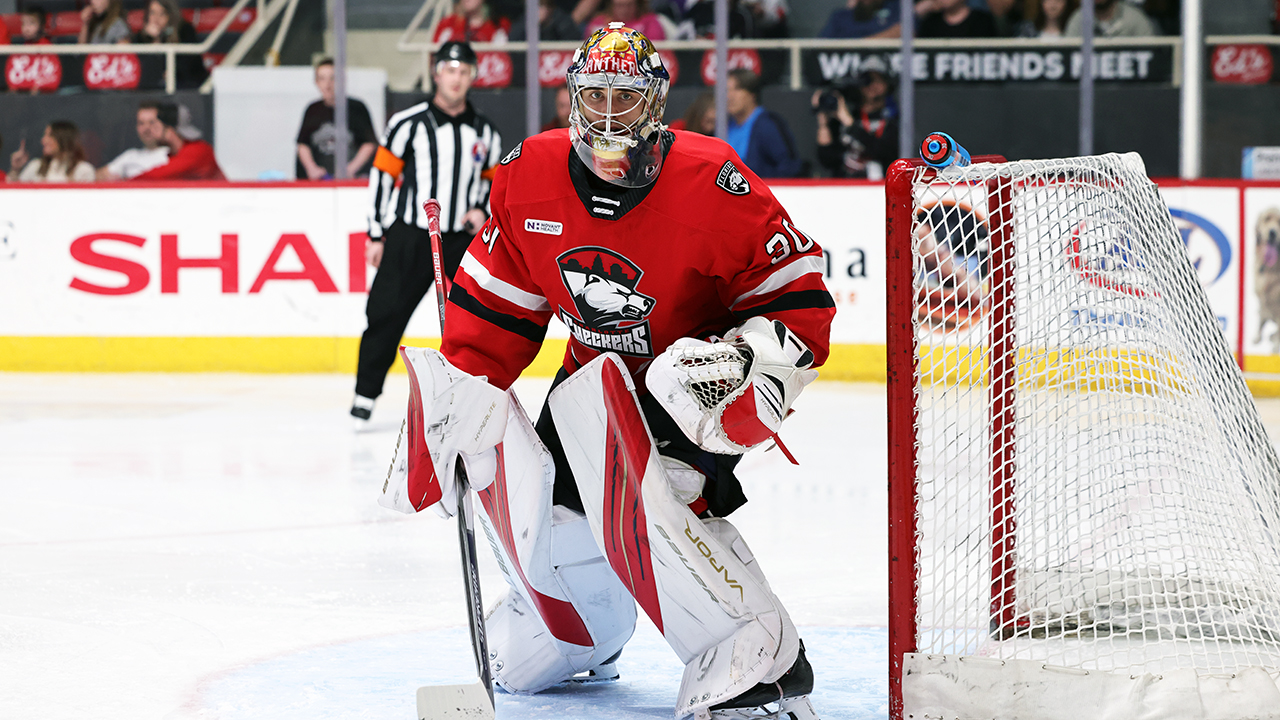 The Checkers and Islanders engaged in another tightly contested battle on Saturday, but a stellar performance from Spencer Knight and a clutch tally from Scott Wilson lifted Charlotte to a thrilling 2-0 victory.

The first 57 minutes of play saw both sides applying waves of pressure but not seeing anything break through on the scoreboard. A late power play set the stage for Wilson to play hero, however, as he swooped in and fired a quick shot that snuck through the Bridgeport netminder to claim a lead for Charlotte.

That would prove to be all the home side needed, as Knight stepped up between the pipes and frustrated the Islanders from start to finish with 25 saves. The visitors would mount one last push in the final moments but couldn’t solve Knight, and a Kole Lind empty netter sealed the rookie netminder’s shutout victory.

SCORE SHEET PHOTO GALLERY
Coach Geordie Kinnear on the game
Tonight was a gritty win. We weren’t in love with our game yesterday. That’s on me to get them organized and I didn’t think we were organized yesterday. Today we were more organized and the compete level was there where it needs to be. A gritty effort in a playoff-type game that you want to be able to win. The power play didn’t have its way for the two games but then it comes up with the big goal. To me it’s a matter of when you score power-play goals, and that was a big one.

Kinnear on Spencer Knight
He comes down with a great attitude and he was big and gave the guys a ton of confidence. That’s why he’s an elite goaltender, but the group in front of him did a great job too with paying a price to keep the puck out of the net. All around, a good team win.

Kinnear on the message to the team
Enjoy this one, because it’s a hard-fought game. Watch the Super Bowl tomorrow and come to work on Monday, because nothing changes for us. We come in every day to continue to get better. We have some things to continue to get better at as a team and as individuals, so we have to be ready to come to work on Monday.

This was Knight’s first professional shutout … It was the Checkers’ second of the season (Chris Gibson – Nov. 12 at WBS) … Wilson’s goal gave him 10 points (6g, 4a) in his last 10 games … Dennis Cholowski has a point in each of his first two games as a Checker (1g, 1a) … Lind has 12 points (7g, 5a) in his last 12 games … The Checkers improved to 4-3-0 against Bridgeport with one game remaining in the season series (at Bridgeport Feb. 27) … Grigori Denisenko, Max Gildon, John Ludvig, Gustaf Olofsson and Christopher Gibson missed the game due to injury … Jacob Friend, Nolan Kneen, Ryan Lohin and Justin Nachbaur were healthy extras.