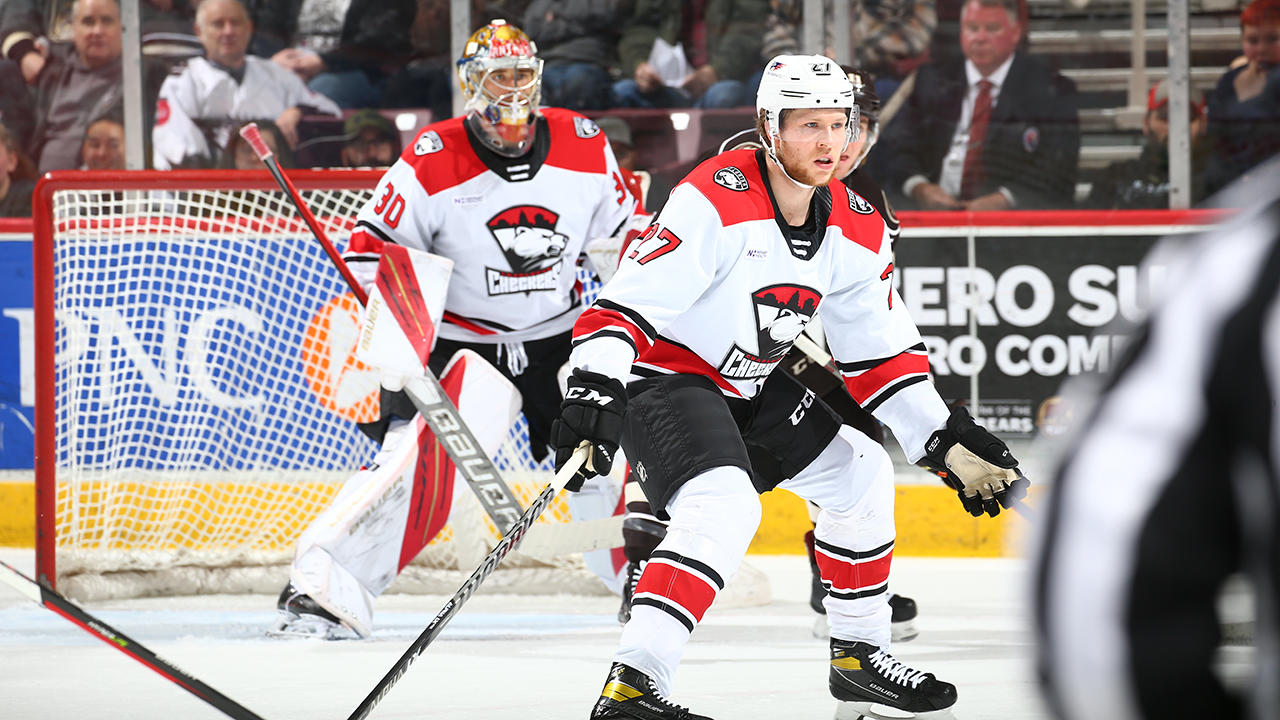 Spencer Knight turned in a stellar 44-save performance to lead the Checkers to a 3-0 victory in Hershey on Wednesday.

It was the second shutout in nine career AHL games for Knight, the Florida Panther’s first-round draft choice and Team USA World Junior champion who has played the bulk of his rookie season in the NHL to this point. He received all the goal support he needed from a second-period strike by fellow rookie Logan Hutsko, while Owen Tippett and Zac Dalpe tacked on late empty-net tallies to make the victory seem more lopsided than the goaltender’s duel that it was.


SCORE SHEET
Hershey out-shot the Checkers 44-28 for the evening, with Knight instrumental in Charlotte’s perfect 5-for-5 performance on the penalty kill. He threw in a breakaway stop in the third period for good measure, completing his dominance in a game between teams that are neck-and-neck in the Atlantic Division standings.

Aside from Hutsko’s spin-o-rama shot near the end of the middle frame that put the Checkers ahead for good, Hershey netminder Pheonix Copley stood even with Knight during a game that featured several high-quality scoring chances on both sides.

The margin for error was still razor thin until Tippett scored his first goal as a Checker with exactly one minute remaining and Dalpe potted home his 20th with 10 seconds left on the clock.

The Checkers earned their first victory of a road trip that started with a pointless three-in-three set over the weekend. Their journey continues with a back-to-back set in Lehigh Valley starting Friday.

This is getting ridiculous pic.twitter.com/lCBR7YVMvq

Knight set an AHL career high in saves but was one short of his professional high set with Florida earlier this season … Knight has two of the Checkers’ three shutouts this season. Christopher Gibson has the other … It was the most saves posted by a Checkers goalie this season, topping Joey Daccord’s 40 on Jan. 9 … Tippett has seven points in six games with Charlotte this season … Cale Fleury had an assist on each of the Checkers’ first two goals, giving him an even 20 for the season … Dalpe hit the 20-goal mark for the fourth time in the AHL … The Checkers’ three-game losing streak and four-game winless streak were both season longs. Immediately prior, the team had a season-long, four-game win streak … The Checkers are 3-2-1 against Hershey this season with two games left to play in Charlotte … Grigori Denisenko, Gustav Olofsson, Max Gildon, Christopher Gibson, John Ludvig and Connor Carrick missed the game due to injury … Ryan Lohin, Justin Nachbaur and Carter Robsinon were healthy extras.