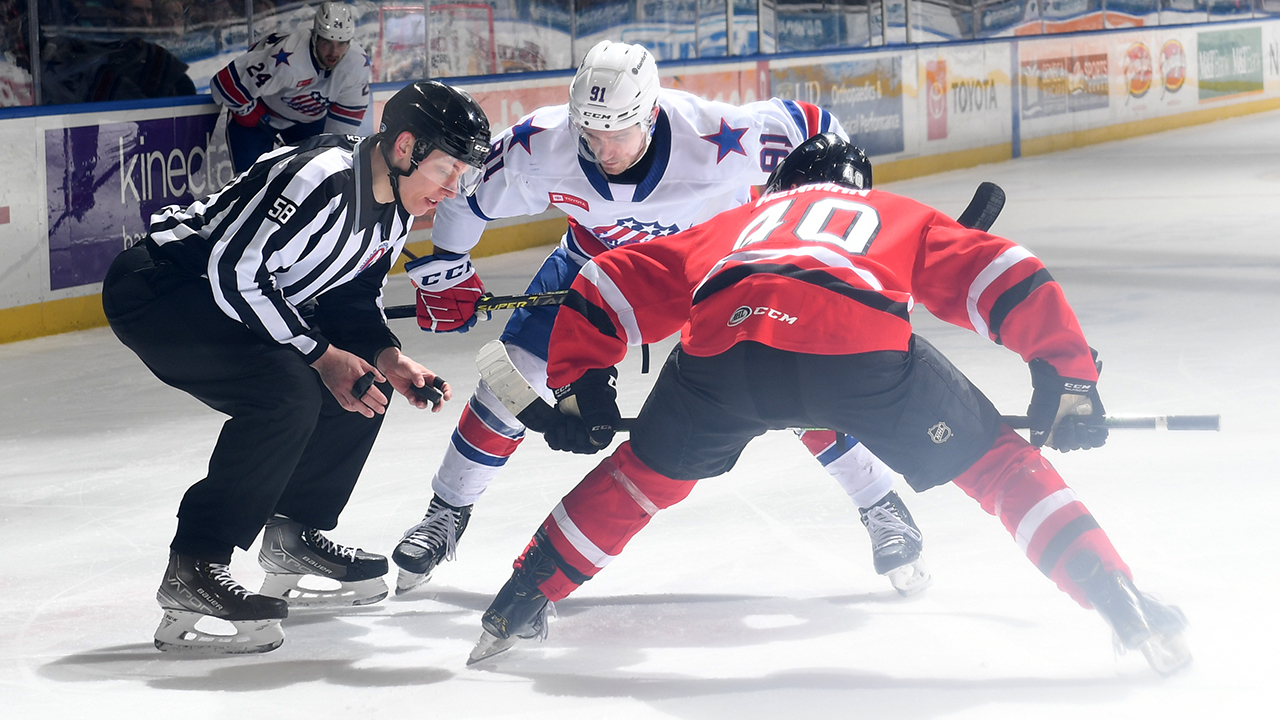 The Checkers avenged their midweek loss to Rochester in a big way on Friday, taking down the Americans 5-2 behind a hat trick from Zac Dalpe.

The Charlotte captain opened the scoring with a singular effort on a slick wrap-around goal early on in regulation and never looked back. He extended Charlotte’s lead early in the third with a nifty breakaway move, then erased Rochester’s comeback hopes minutes later by converting a neutral-zone turnover into a tally to complete his hat trick, the third by a Checker in the last 10 games.

Watch all three of @ZacDalpe22’s goals from tonight and then drop a 🧢 in the replies to congratulate him on his @NovantHealth Hat Trick! pic.twitter.com/I7wzDxuQpg

Dalpe’s third-period outburst broke open a contest that had been locked down into a defensive duel for much of the middle frame. After the captain and Logan Hutsko struck in the first to give Charlotte an early advantage, the second period featured much more physical play, with the two sides seemingly constantly coming together in scrums. Rochester would strike once more between Dalpe’s second and third tallies, but a Scott Wilson empty-netter would put any rally attempts to rest.

SCORE SHEET PHOTO GALLERY
Spencer Knight got called for his second start in the last three games and was once again solid between the pipes. The rookie stopped 24 of the 26 shots he faced - including helping his squad shut down all three Rochester power plays - and picked up his second win of the season for Charlotte.

Zac Dalpe is the fourth Checker to record a hat trick this season, the most in a single season in franchise history … Dalpe has four multi-goal games this season and has 11 goals in his last 14 games … This was Dalpe’s fourth career hat trick and his first since March 2019 … Dalpe matched a career high with four points tonight … Charlotte has scored a power-play goal and gone perfect on the penalty kill in four straight games … With two assists tonight Cale Fleury has eight points in his last seven games … Spencer Knight has won each of his last two appearances for Charlotte … Logan Hutsko’s goal was his first since Dec. 15 … Jordan Sambrook made his AHL debut … Scott Wilson has goals in three straight games … The Checkers finished their season series with Rochester with a 3-1-0-0 record against the Amerks … Grigori Denisenko, Ryan Lohin, Max Gildon, John Ludvig, Gustav Olofsson and Christopher Gibson missed the game due to injury … Antoine Bibeau, Max McCormick, Max Zimmer, Bobby Russell, Brandon Fortunato and Blake Siebenaler were healthy extras

The Checkers wrap up their New York road trip tomorrow by returning to Syracuse for a 7 p.m. puck drop.