Checkers Thriving In Development Side Of AHL 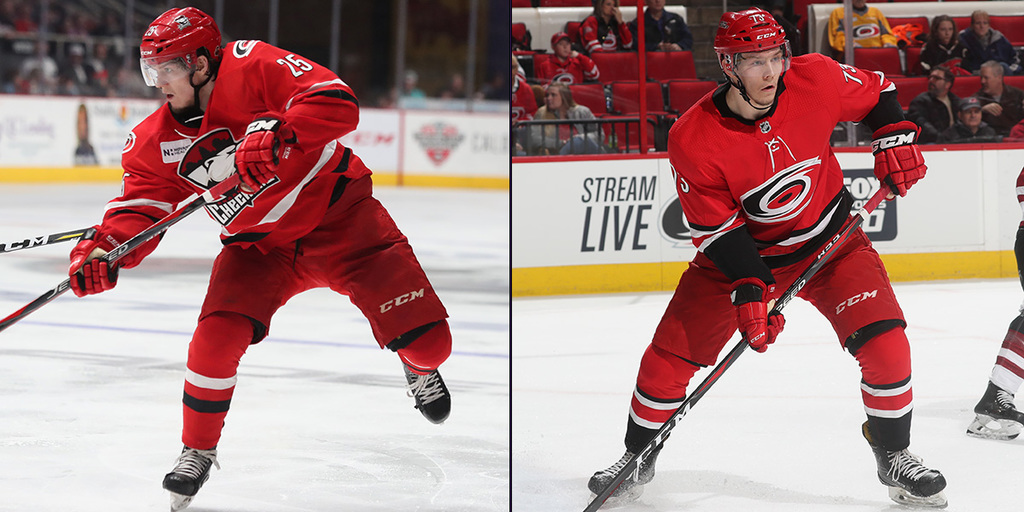 The American Hockey League is a balancing act.

On one hand it’s a highly competitive league driven by some of the top hockey talent in the world. On the other hand, it’s a tool for grooming future NHL players and preparing them to take the next step in their careers.

Maintaining that balancing act is a formidable task, and one that Mike Vellucci handled well in his first season behind the Charlotte bench. Having spent his previous few years serving solely as one of Carolina’s assistant general managers, Vellucci was well-versed in the development side of things and carried that with him from day one on the Checkers’ job.

“It’s a fine line here,” he said. “We’re here to win and to develop. I think we did both this year with a young team. My job is to get these guys prepared to play in the NHL.”

From the hockey side, Vellucci was successful. He helped guide the Checkers to their best regular season in team history and pushed his team beyond the first round for the first time in seven years.

From the development side, one could argue that Vellucci was even more successful.

“For the most part I thought we accomplished that,” said Vellucci of the team’s development goals. “A lot of guys took strides this year and the guys who did get called up did really well.”

All together, this particular Checkers team had a heavy imprint on Carolina’s season.

“It just shows that we’re doing the right things down here,” said Vellucci. “They’re listening and working hard and they want to get to the next level.”

Those recall stints weren’t just for show, either. Three of the Checkers’ best players this season – Foegele, Wallmark and Zykov – in particular all made the most of their time with the big club and turned heads in the process.

“When the guys got called up, Carolina was very happy with them,” said Vellucci. “Z put up big numbers when he was there, Foegele played two games and scored two goals and Wallmark did well. The organization was excited about that.”

Before the players left for the summer, they met with Vellucci one last time at Bojangles’ Coliseum for exit interviews – one final tool in the coach’s arsenal to push them closer to their ultimate goal.

“We talked about what they need to do this summer from strength and conditioning to maybe work on their skills and skating,” said Vellucci. “All those little things that are going to make it easier for them to make it to the National Hockey League next year. This is a development league and I’m trying to get them to the next level.”

Vellucci showed a penchant for the development side of his AHL responsibility and, come NHL training camp, Carolina fans will see just how well he prepped the next wave of Hurricanes.

“Hopefully all the players are going to have a good summer this year and make it difficult for the Canes to send them down,” he said. “And hopefully they make it.”