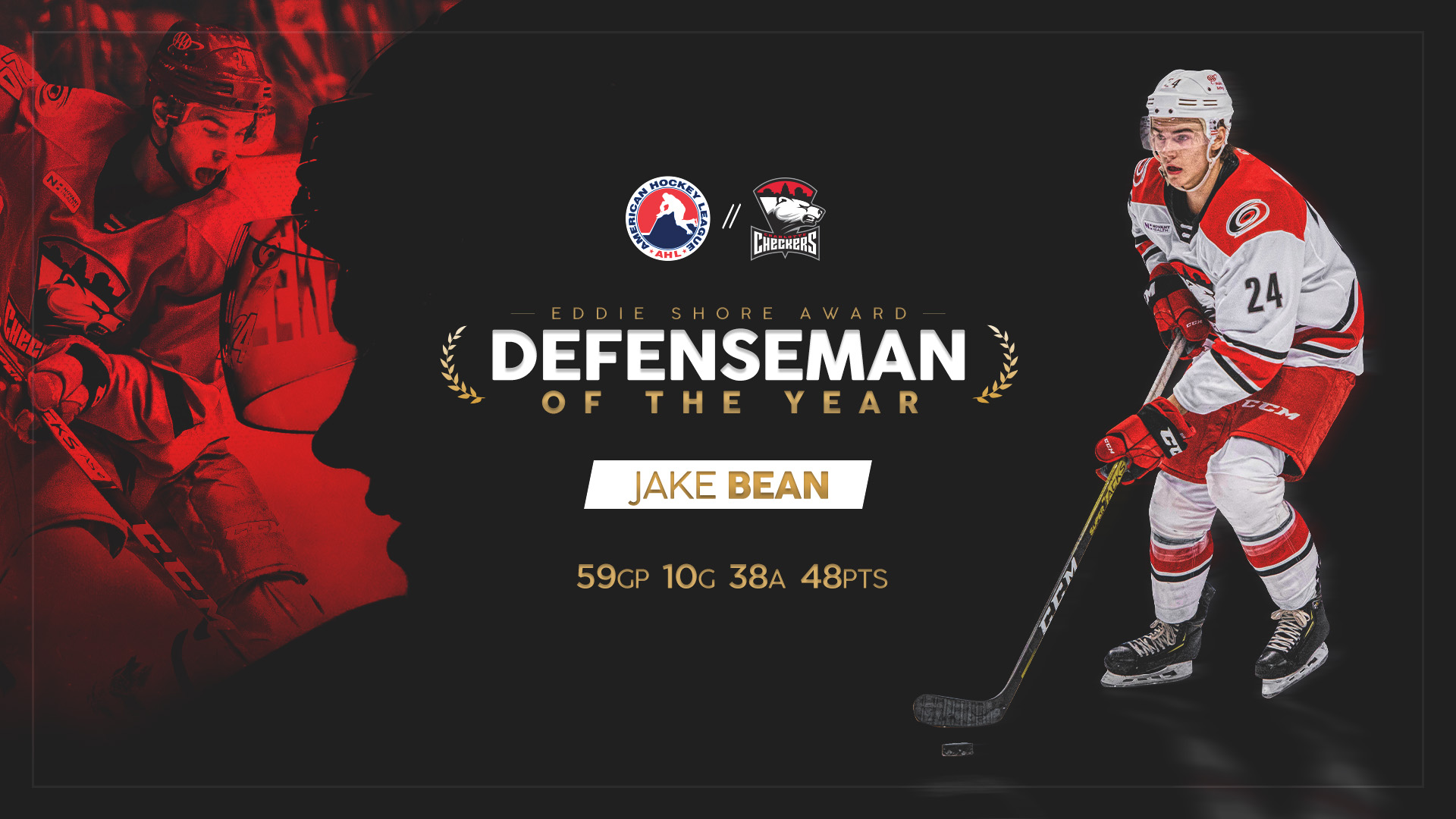 The accolades continue to pile up for Jake Bean, as the AHL has announced he is the winner of the Eddie Shore Award as the AHL’s Outstanding Defenseman.

Bean led all AHL defensemen in scoring during the 2019-20 season, posting 48 points in 59 games. Charlotte’s leading scorer, Bean also tied for fourth in the AHL overall with 38 assists.

The 13th overall pick in 2016, Bean is just the third player in AHL history to win the Eddie Shore Award before his 22nd birthday, joining Sami Niku in 2018 and Craig Levie in 1981.

In his two pro seasons Bean has earned a spot on the league’s All-Rookie Team in 2018-19, was selected to the 2019-20 AHL All-Star Classic and was most recently named to the league’s First All-Star Team last week.

This marks the seventh time in franchise history that a Checker has taken home a year-end AHL award and the fourth in the last two seasons. Bean is the first Charlotte player to ever win the Eddie Shore Award and the first to have earned All-Rookie, All-Star and Year-End Award honors.