Shaya: A Tribute to My Dad 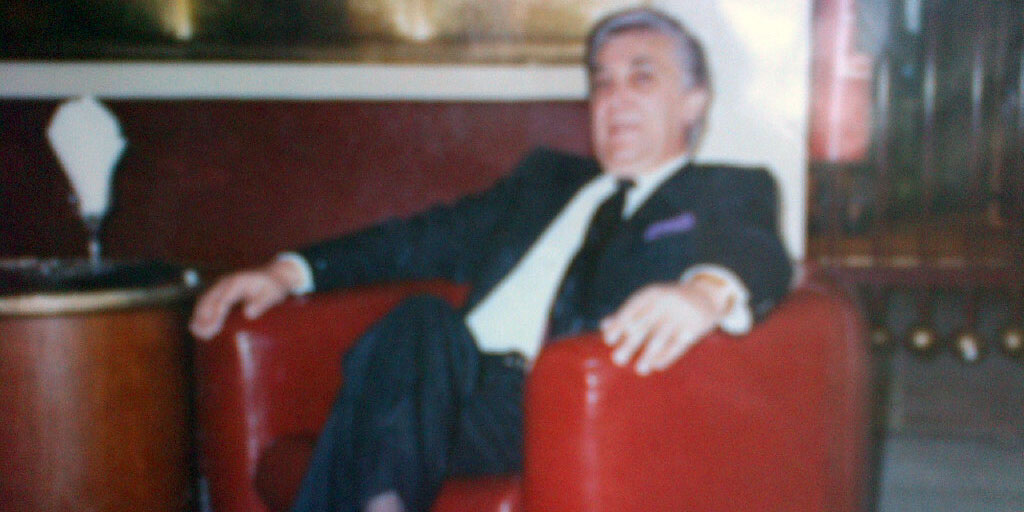 Voice of the Checkers Jason Shaya reflects on the 20th anniversary of his father's passing. It was probably early December 1996 and I was working at my father's business about 20 minutes from home. As I finished my shift, I got into the car, a 1989 Geo Prizm, which was basically a small grey box with four wheels, to drive home when I realized the entire city was in the middle of a blizzard.

I had my driver's license for less than a month and I had never driven in rain let alone the icy frozen streets of Detroit. I was alone and I kept thinking it would be nice to have my dad in the passenger seat to help. Back then, there were no cell phones so a drive that should've taken 30 minutes took about two hours.

I kept wondering what my parents were thinking and when I finally got home I walked into the house and saw my dad sitting alone in the family room with a mountain of cigarettes he smoked. He saw me, put out the cigarette he was smoking and said, "If you can drive in that, you can drive in anything. Goodnight." So much happened on the drive home that I wanted to tell him every detail but he was clearly exhausted from anxiety and nerves. So, I just hugged and kissed him goodnight.

We used to drive back from the store when I was younger and listen to Bruce Martin on the radio call the Red Wings' games. My father was an immigrant from Iraq but when he came to the United States he totally absorbed American culture. He spoke with no accent whatsoever and his handwriting, of which only a few samples remain, was absolutely impeccable in both Arabic and English. He was an entrepreneur his whole adult life. He didn't have any money when he came here but worked himself into a middle class life with his wife and three children in suburban Detroit. My house growing up had tons of love and discipline. Everything a kid needs.

He was a passionate man. When he would watch Wings' games when we were kids, he would get so mad when goalie Tim Cheveldae would give up a bad goal, which happened often, he would pretend to spit at the television in disgust. When he wasn't around, my siblings and I would pretend to be drowning in the spit as we walked by the TV. He wasn't around for this of course. Mocking my father wouldn't go over well. 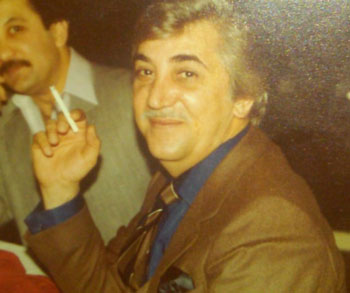 My dad desperately wanted to see the Wings win the Stanley Cup. Like most fans in Detroit of that era, we only knew heartbreak. He took me to Joe Louis Arena for the first time when I was probably seven or eight years old. I remember thinking that Steve Yzerman wasn't as big in real life as I anticipated. In Yzerman's defense, as a kid I imagined he was about 10 feet tall. As I sat there with my dad at the Joe, it was like heaven. Just two men eating hot dogs and watching a game. Good times.

My Dad was an incredibly hard-working man and his goal for me was to become a doctor. On one of my birthdays he bought me a really nice pen and I remember the card attached said, "Write prescriptions with this." He had high expectations for me. Dad was the best-dressed man you'd ever meet. Three-piece suits, pinkie ring, tinted glasses and silver hair perfectly combed made him look more mafia don than small business owner. When he walked into a room, you stood up straighter. Like all boys, my only goal in life was not to upset my dad. As long as I didn't evoke the anger of a bad Tim Cheveldae goal, then I was on the right path.

The Red Wings finally went on to the win the Stanley Cup on June 7, 1997, but my father lost his battle with cancer five days before. It was 20 years ago tomorrow. I was 16 years old and my hero was gone. I try not to torture myself with questions of, "What if?" but sometimes I can't help myself. I wish he could've seen me put myself through high school then college and find a career in professional hockey. I wish I could've had his help when a teenager needed it most and mostly I wish he could've met his three grandkids. When he was in his final days, I desperately wanted to tell him thank you for raising me and being the best dad ever but I couldn't muster the courage because I knew then, like now, I'd just break down.

I honestly have no idea what he'd think about my career path. Frankly, if he was still around, it's hard to believe I would be working in this business and I can say, without hesitation, I'd be fine doing something else if it meant he was with us. He didn't leave us any money and the turbulence of his loss still reverberates in many ways two decades later. There is no upside either. Sometimes, life just doesn't work out. I feel like the last 20 years has been me driving in my car alone in a snow storm. So much has happened in the last 20 years, if I saw him again, I wouldn't know where to start but a hug and kiss would be the beginning.

To the man whom I miss more than anything in the world, thank you and I love you.