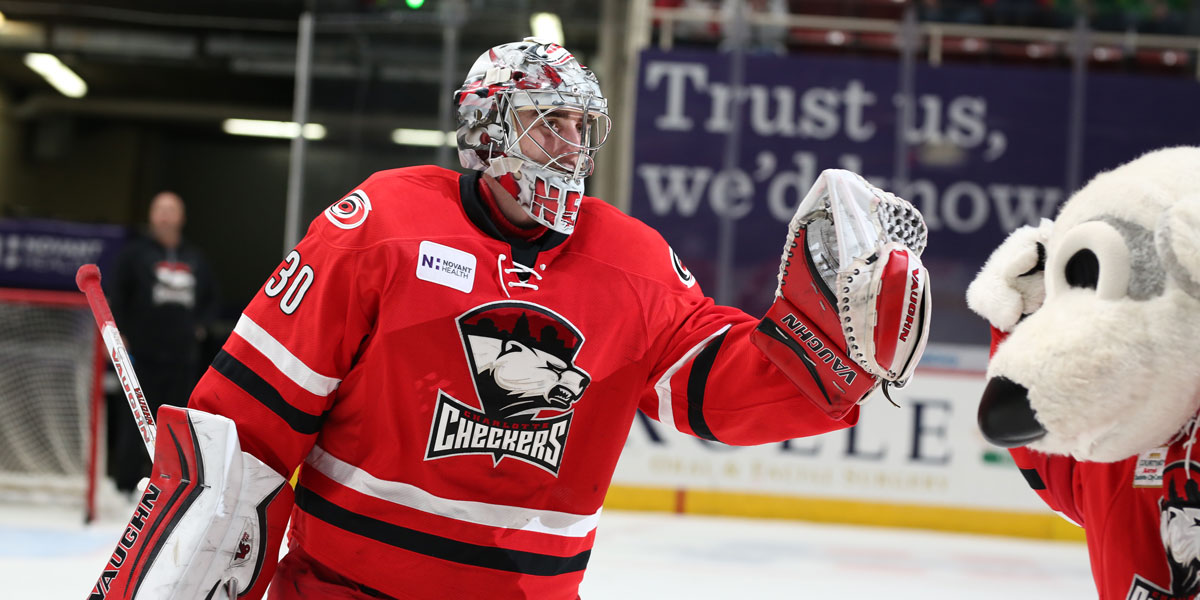 During the season, Checkers broadcaster Jason Shaya checks in each week with his 10 Thoughts - a series of observations about the team and the hockey world in general. 1) Not sure there is a better all-around player for the Checkers right now than Phil Di Giuseppe. He is doing everything for the Checkers. The hard work is paying off with Charlotte and soon enough, I am sure, with Carolina.

2) This season has been strange when you look at the difference between home and road games. The team just has a different swagger at the Coliseum. With few exceptions, home is where the team has played its best hockey. If this current home stand looked anything like the previous road trip, the season might as well have been over. However, with a string of victories, the potential for making the playoffs is suddenly alive and well. There is no doubt that, in part, the team’s rejuvenated confidence comes as a result of their goaltenders. Both Alex Nedeljkovic and Daniel Altshuller are playing very well. 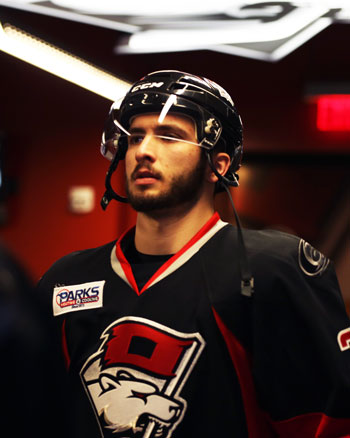 3) I was listening to an ESPN analyst discuss the way Patriots head coach Bill Belichick handles questions about his players at press conferences. He never seems to praise anyone too highly or get down on anyone too severely. One of the reasons is that he doesn't want to signal to his team that a particular player is so vital, should they lose them to injury, suddenly they are lost. There is no cog in the machine more important than another. Belichick is a master of protecting his team. I hope he wins another Super Bowl next weekend.

4) If your favorite NHL team feels the need to make a blockbuster deal at the deadline to help win a Stanley Cup, then they will not be winning a Stanley Cup.

5) One of the saddest things I've noticed from young people today is that they expect their lives to work out in their favor all the time. Once you understand that most of life is spent trying to overcome obstacles in order to be more prepared to face yet another challenge, then you'll considerably lower your expectations and find solace far easier. I'd read Schopenhauer as a primer.

6) The Tucson Roadrunners flew all the way to from Arizona to play the Checkers this past weekend. That's a long flight and a long day of travel to not really show up to play. Entering the game on Saturday, they were the top team in the Pacific Division. After back-to-back defeats against Charlotte, it's really hard to understand how that was possible. The total lack of effort and execution was astounding. Everyone had a bad weekend. With the exception of their goaltenders, including the phenomenal Justin Peters, it was a flop.

7) A few weeks ago, I had a chance to talk with Zac Dalpe. The former Checkers and Hurricanes forward is looking forward to his first child being born and he is beaming with excitement. It would be fun to have Zac around again in the organization. You never know what the future holds but the good Paris, Ontario, boy is still a heck of a hockey player.

8) It's pretty clear this has been the best season in Jake Chelios' career. There isn't a more consistent player every single night than Jake and he is earning all the ice time he can handle. With five assists in his last seven games, the offense has been moving in the right direction. I'd have to imagine that he gets a chance to make his NHL debut at some point before the season is over.

9) The Checkers did a phenomenal job celebrating equipment manager Steve Latin's 2,500th game. The video tribute was amazing and Bob Seger blasting on the speakers afterwards was the best of all. "Seve," as we call him, is one of the best guys to have in the dressing room because he refuses to have a bad day. He has taught me a lot over seven years and one thing I'll always remember is when he says, "You gotta have fun." In a sport filled with people who take themselves way too seriously, he's absolutely right.

10) As the DOW hits 20,000 for the first time ever, I wanted to end this column by asking everyone to read about the Austrian Business Cycle Theory. But, that would be ridiculous and boring. So, I'll end by saying the two games against Manitoba on Friday and Saturday could prove to be the biggest two games of the season. Manitoba is one of the teams the Checkers have to leapfrog in order to get to the postseason. This weekend could be an eight-point swing. Based on a few different scenarios, the Checkers could have the fourth highest points in the division after the weekend is over. If you're not coming to the Coliseum, download the Checkers app and listen to the game or watch on AHL Live. The broadcaster is average but the sound quality is the best in the league!