Checkers Turning Disappointment Of Playoff Exit Into Hunger For Next Season 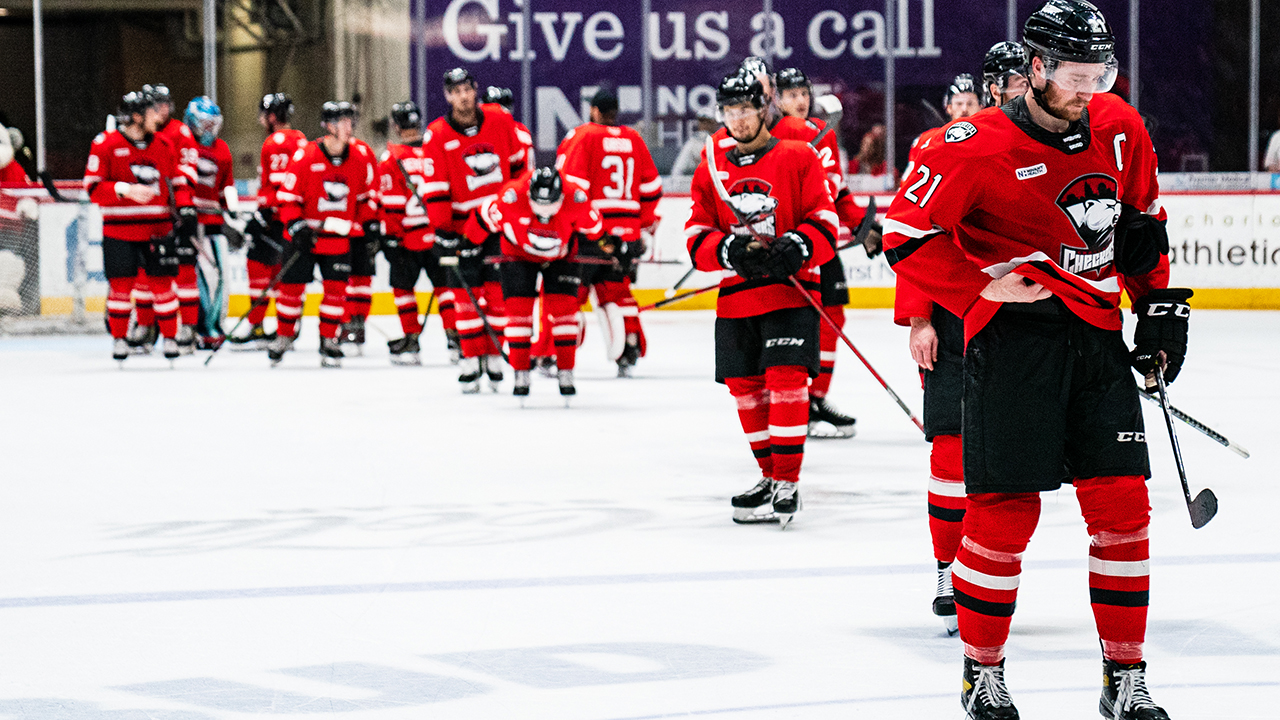 Less than 24 hours before that, the Checkers saw their season come to an end when they dropped Game 3 of the Atlantic Division Finals to Springfield.

“The wound is still fresh,” said team captain Zac Dalpe. “You win the division and then you fall short.”

In a unique campaign marked by challenges on and off the ice, the Checkers put together an impressive run - winning the Atlantic Division and tying for the fifth-best record in the AHL overall. After earning a bye past the first round, Charlotte dispatched the Bridgeport Islanders to advance to the third round of the Calder Cup Playoffs - where it ran into a Thunderbirds team that would ultimately advance.

“It was a disappointing way to end,” said Henry Bowlby. “I thought we had the group of guys and the skill to make it all the way.”

Disappointment is always going to be the dominant emotion after seeing a season come to an abrupt end. But it would be doing this team a disservice to not zoom out and look at all they did this year.

“Honestly, I’m so proud,” said Head Coach Geordie Kinnear immediately after Game 3. “We were kind of like an expansion team with two different organizations and guys that I didn’t know, and I didn’t know [Assistant Coach] Dan Bylsma at all. We had no exhibition games. The first game in Hershey we didn’t know anything about our group at all, and we just kept building over time. You look at the guys that stepped in, all the adversity that we went through, all the goalies we went through – they had a special bond, this group. I couldn’t be more proud of our group.”

What started out as a headline-dominating quirk - having a dual affiliation with both Florida and Seattle - quickly melted away as the team solidified into a single unit.

“We were really just invested in winning here in Charlotte,” said Chase Priskie.

That cohesion became apparent in the final two months of the season, when the Checkers emerged as one of the hottest teams in the AHL and steamrolled their way into the postseason - after sitting at 26-21-3-0 at the end of February, Charlotte went 16-3-2-1 for the remainder of the regular season.

“I think we got better every day and then we really hit our stride later in the year,” said Connor Carrick. “Our identity as a team was well known around the group - it didn’t need to be rehashed all the time. There was an accountability on how we wanted to play from our leadership on down. We just had great people in our locker room and we had great coaches. I have nothing but really special memories and that’s what makes it sting so bad that it’s over.”

“I’ll stand by this, I think the fans in Charlotte are some of the best fans in the AHL - if not the best in the AHL,” said Priskie. “Bojangles was absolutely rocking every home game. Through the ups and downs, the wins and the losses, the fans were always there supporting us. Without them we couldn’t make this thing go.”

“They were super loud all year,” said Luke Henman. “The support from them really meant a lot. And I think it had a lot to do with the success we had this year.”

Starved for hockey for over a year, the fans embraced the new-look Checkers and made a difference.

“This building and the fans and the energy they bring, if you ask any of our players it’s second to none,” said Kinnear. “We were a committed group - all the way from the fans to the players. When you have that you can do special things.”

An earlier exit than hoped for will certainly sting for a while this summer, but it can also be a stepping stone to bigger things.

“We came up short, it’s hard to win in this league,” said Dalpe. “It’s a valuable lesson.”

It’s also fuel to add to the fire.

“Obviously we didn’t get the result we wanted, but for me I’m hungrier than ever,” said Cole Schwindt. “I’m ready to get back here and get going.”

When Kinnear took over as head coach, one of the first things he did was put the photo of the 2019 Checkers with the Calder Cup on a wall in the locker room as motivation.

Now, he’s ready to turn this disappointment into a drive to return a championship to the Queen City.

“I just looked it up, when [the Checkers] won the Calder Cup here, they lost out in the second round the previous year and had to learn how to win,” said Kinnear. “The next year they got some different pieces in and were able to win a Calder Cup. That’s how my mind works, we need to get better as a group, we need to add a couple more pieces, and we’ll have a group back that should be more hungry than ever to take that next step. We want to make sure we have that hunger and know how hard it actually is to win in the end. I think they know that now.”