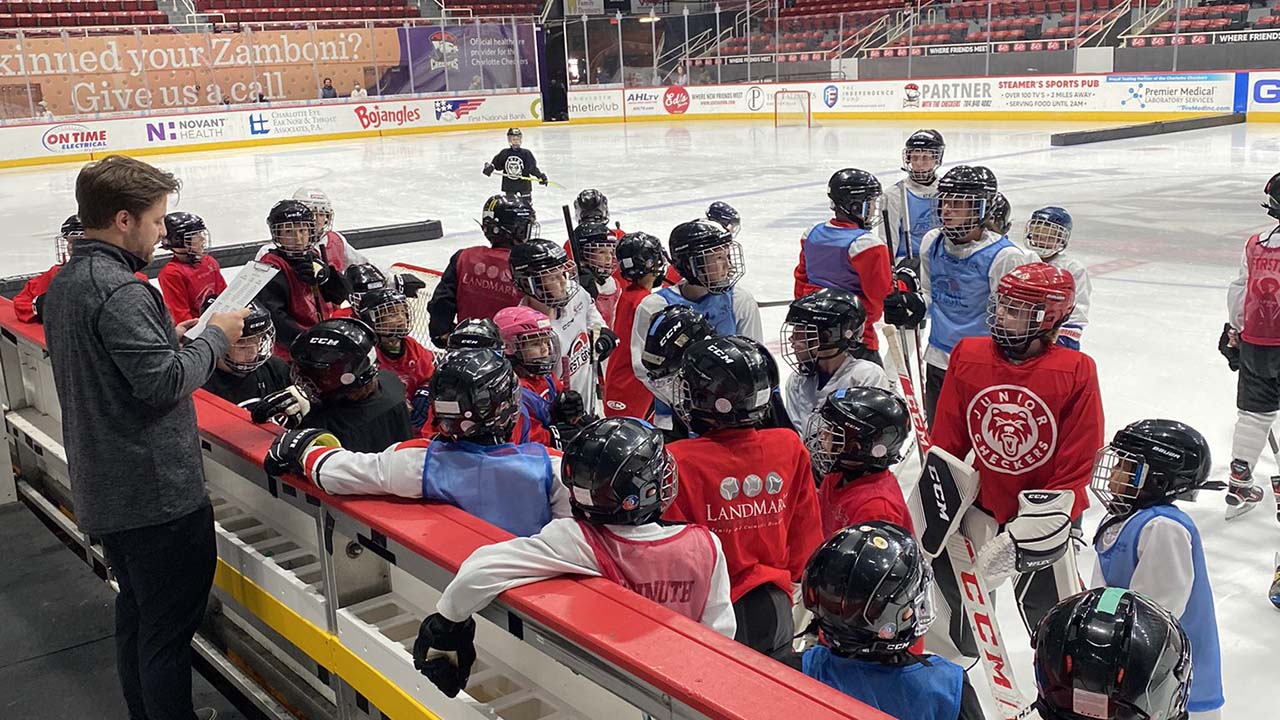 When the pandemic derailed things last year, it was unclear how the Charlotte youth hockey scene would be affected.

A year later, the Jr. Checkers program is once again thriving.

Since restarting, the main U8 Jr. Checkers program has grown from 15 kids to 23. Both First Goal Programs sold out, with nearly 50 kids from that transitioning into full time Jr. Checkers.

There are now about 75 full time players in the Jr. Checkers program - with some age groups doubling in size - all while starting from scratch earlier this year.

“We keep putting more kids in the market,” said Jr. Checkers Vice President Zac Houle. “It’s been unreal seeing the amount of interest from families every year to just give it a chance and put their kids in the sport.”

The Jr. Checkers program focuses on introducing the younger kids to the sport, so they have built a relationship with other programs in the Charlotte area to make sure these young athletes can continue their progress.

“The biggest challenge that we had was finding a home for the kids after they got done with our programs and creating some kind of trail for them to continue playing,” said Houle. “Pineville has been great at creating an option for these kids. We work really well together at creating an avenue for these kids to essentially not have to travel to Pineville as much if they can’t. They can use [Bojangles Coliseum] and be able to skate in our building, which makes the travel not as bad for some of these families, especially those who live in Lake Norman. We’re really hitting a whole new demographic of families, which is awesome.”

Getting to see those kids progress all the way through the different levels is a treat for everyone involved.

“The beauty of a great hockey community is being able to find coaches and people that want to spend the time to really get invested in these kids,” said Houle. “It’s something that creates a sense of pride that the kids stuck with it, but also to say that you were a part of that. To have some sort of responsibility for how these kids are treated and what you teach them, it’s a lot, but there’s a lot of reward in being able to see those kids go on and continue.”

Through a combination of efforts, the success of the Jr. Checkers program is creating a launch pad for the continued growth of youth hockey in Charlotte.

“I think having the support of the Checkers and the city and Pineville and the community as a whole is great,” said Houle. “They’ve all come together and really just created a great community for these people to have a starting point.”