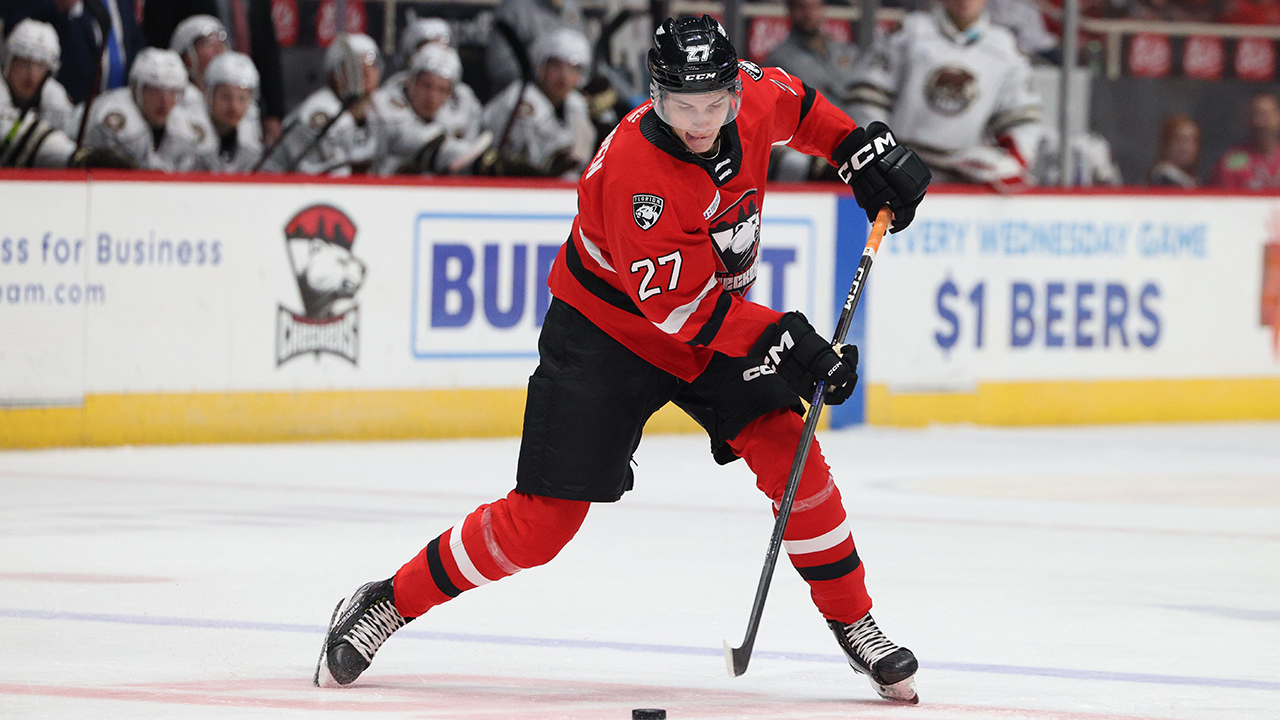 A season ago Anton Levtchi and Santtu Kinnunen were standing atop the mountain of Finnish hockey, having helped carry Tappara Tampere to a Liiga championship as two of the team’s top performers.

This season, they’re on a new continent and taking on an even bigger challenge.

The duo made the jump to North America in the offseason and are now a month into navigating their first campaign as pros here.

“It’s been pretty good,” said Kinnunen. “I’m getting used to the smaller rink and the way they play here.”

The smaller dimensions of the North American rinks define the style of play and the way it differs from the European leagues.

The process of completely adjusting your game can take some time, but the early indication is that the two Finns have been able to translate their skills early - Kinnunen currently leads all Charlotte blue liners in scoring and Levtchi ranks second on the team in goals.

“There’s not a lot of time and space to make plays because the ice rinks are a little bit different,” said Head Coach Geordie Kinnear. “But I think our guys [Kinnunen and Levtchi, as well as Swede Calle Sjalin], if you look at them, they’ve made plays in tight spaces. To be able to do that early on is a good sign. We want them to continue to build and be able to do that more and more and have some freedom to make plays but be structured in how we want to play.”

The familiarity between Levtchi and Kinnunen has certainly helped ease them into their new environment, but a key piece has been having a fellow Finn with plenty of North American experience in the room in Aleksi Heponiemi.

“It’s nice to speak Finnish,” said Kinnunen. “English is fine, I can speak English with everyone, but it’s nice to have Finnish guys here.”

“If there’s a language barrier but a guy like Hepo can help along, it makes a world of difference,” said Kinnear. “Because in all honesty you learn a lot from your teammates.”

While he has the cultural connection with the incoming European-born players, Heponiemi is hardly the only one in the room lending a helping hand to their new teammates.

“I think everyone has just been friendly and welcomed them in there,” said defenseman Johnny Ludvig. “It’s sort of a new game for them coming over, so guys are just giving them tips and ideas and stuff for them to use in their game. It’s been awesome.”

In Kinnear’s experience, building that camaraderie among teammates goes a long way toward getting the newbies up to speed on the ice.

“As much as I feel coaching is very important, it’s the guys showing you around that helps you the most,” he said. “I know I’ve got a good group here that can teach those guys to pick it up just as quick. Proud of that leadership to take that role.”

The style of hockey isn’t the only cultural shift for the young Finns, as they adjust to life in a new country outside of the rink as well - although Charlotte is a pretty great landing spot.

“It’s awesome,” said Kinnunen of his experience so far in the Queen City. “There’s so much to do in the city, watch the NFL and NBA, it’s awesome. I’ve never been in a big city like this so I’m going to explore it and enjoy it.”

There will undoubtedly be plenty more hurdles for the likes of Kinnunen and Levtchi to face as they continue to grow in North America, but the first impression has been a positive one.

“We have a good team and that helps the European guys who haven’t played here before,” said Kinnunen. “They want to help and we want to play good as a team.”