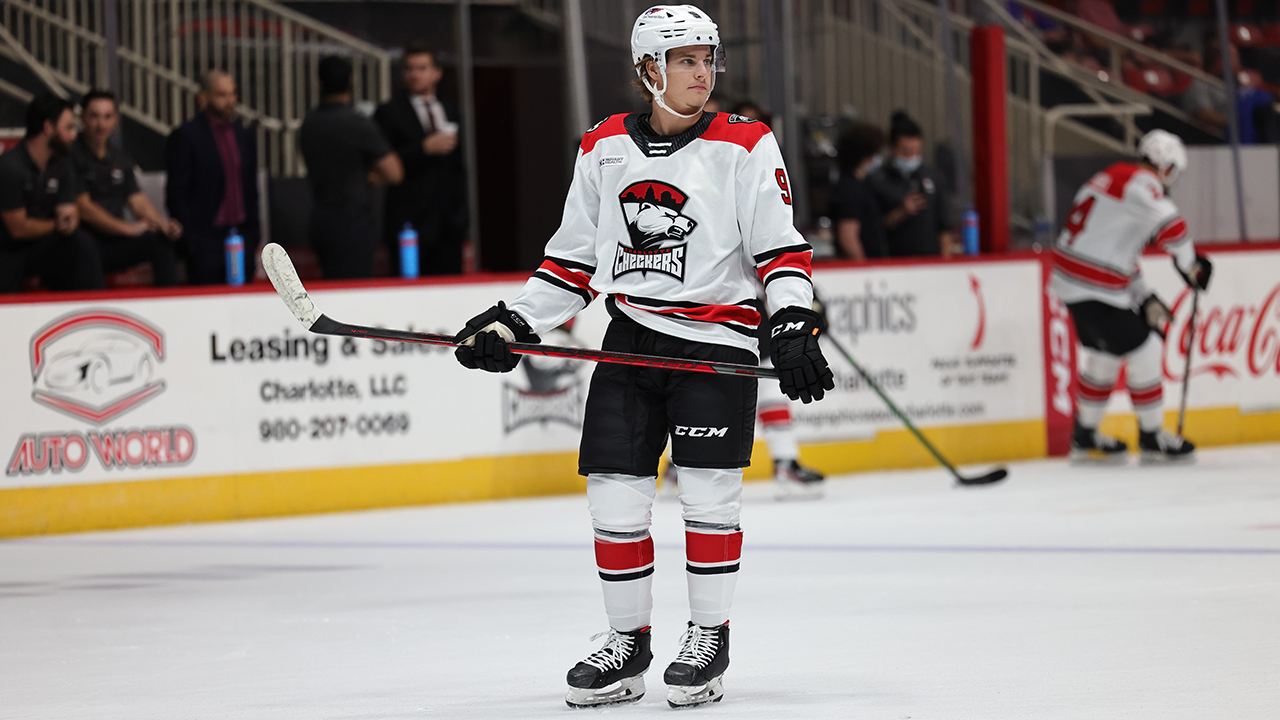 In doing exit interviews at the end of each season, there’s one sentiment that seems to consistently come up.

It’s that making the jump to the pro game is not easy.

Logan Hutsko saw this firsthand as he navigated through his rookie year.

“Just getting used to it was a big adjustment,” he said. “It’s over double a college season.”

The 23-year-old stepped into the AHL this season after finishing a standout career at Boston College. Hutsko made a splash early by posting eight points in his first eight games, and finished up his rookie campaign with 38 points in 71 games - leading all team rookies in scoring and ranking second on the team overall in assists.

“I just think holding onto pucks and finding the open guy,” said Hutsko on what worked for him in year one. “That’s kind of always been a part of my game. That part translated from college.”

While Hutsko saw success on the scoresheet, that didn’t stop him from absorbing as much as possible as he worked through the intricacies of the pro game.

“Some things translated, some things didn’t, some things I have to work on,” said Hutsko. “Just learning every day and taking little things here and there. It’s all a part of the growth of being a rookie.”

By the time the calendar flips to the fifth and sixth months of the season, the mileage really starts to pile up and the signs of wearing down can start to show. But for the coaching staff, that’s when the real development can happen.

“I think the grind is good,” said Checkers Head Coach Geordie Kinnear. “If it’s easy you don’t really learn as much. When it becomes hard, that’s when you have your most growth. You look at [Aleksi] Heponiemi, who was with me his first year - it was a grind, it was hard. But now you see him thriving.”

Hutsko battled through that grind, facing all the ups and downs of the pro game head on - from racking up a seven-point run over a four-game stretch in December to finding himself out of the lineup at times. But he came out on the other side ready to take another step in year two.

“For a first-year pro, you learn a lot,” said Hutsko. “I’m going to do the little things during the summer and have some fire to outwork the next guy. Just get better every day.”

The transition to the pro game is a difficult one, but for a player like Hutsko it can be a springboard to finding success at the next level.

“You just have to work through the grind and the struggle,” said Kinnear. “You’re going to have the most growth when you come out of it. Keep fighting, keep getting better and good things will happen.”