Fresh off his final season at Ohio State, a 20-year-old Zac Dalpe made his pro debut on March 20, 2010 for the Albany River Rats.

Yesterday, with his wife and three kids in the stands, Dalpe took the ice for pro game number 600.

“It’s been a pretty fun ride for me,” said Dalpe.

That ride has quite literally taken Dalpe across the continent and back again - from Albany to Carolina to Charlotte to Vancouver to Utica to Rochester to Buffalo to Iowa to Minnesota to Cleveland to Columbus to Florida and back to Charlotte. It’s seen him log 154 games in the NHL - including at least one in 11 of his 12 full pro seasons - and 446 in the AHL.

The physical mileage he has traveled over his career is second only to the mileage Dalpe has put on his body over the years, making his path to this milestone even steeper and the fact that he’s reached it even more of an accomplishment.

“Six knee surgeries, a hip, a shoulder,” said Dalpe. “I’ve grinded. So this is something that I’m proud of.”

From the very beginning, Kinnear pegged a key trait that has propelled Dalpe throughout his career.

“The one word that comes to mind with Dalps is passion,” said Kinnear. “Passion to play. It doesn’t matter what level he’s at, he has an extreme passion for the game. He loves it.” 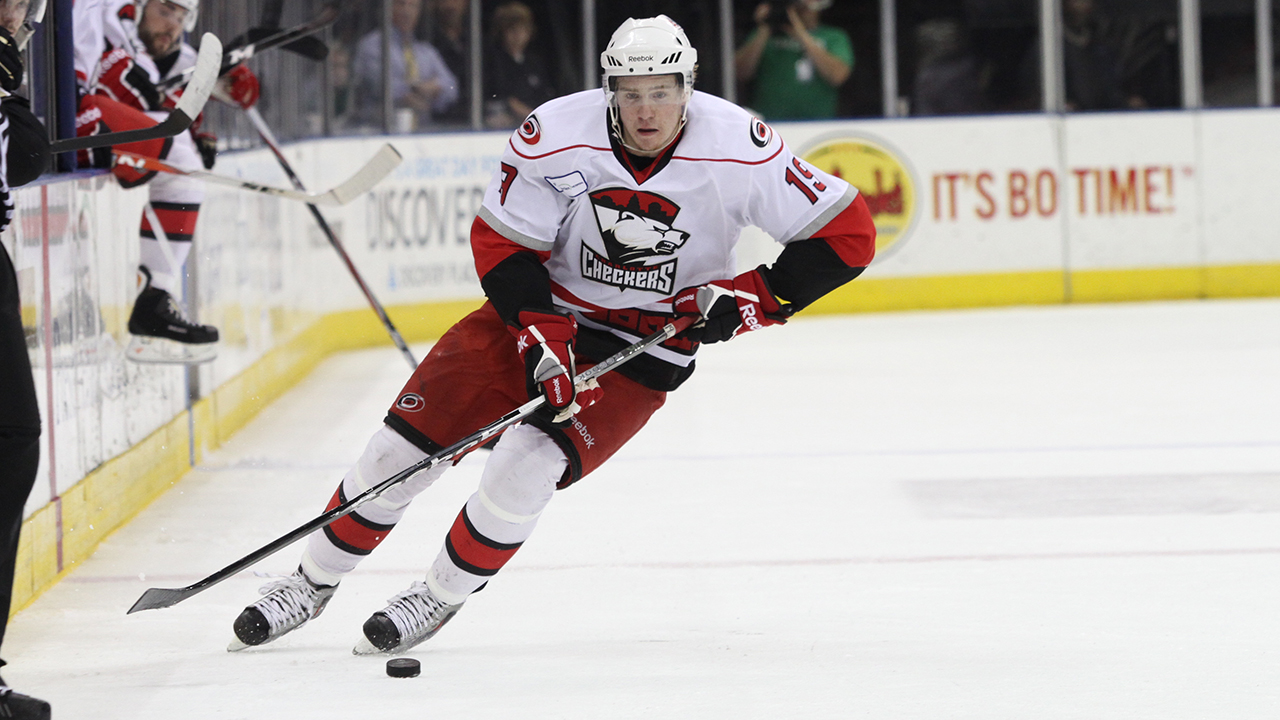 The career that Dalpe has carved out for himself through these 600 games is an admirable one, especially for the younger players sitting beside him in the locker room.

“He’s probably the best captain I’ve ever had,” said rookie forward Luke Henman. “His professionalism and approach to the game after this many seasons is really incredible. We’re really lucky to have them.”

While he stands as a leader and an example for this Checkers squad, the passion that has pushed Dalpe from game one doesn’t appear to be going anywhere, even through game 600.

“He takes it personally when he doesn’t do well,” said Checkers defenseman Connor Carrick. “When you’ve had success and the games that he’s accrued in his career, it’s easy to say that maybe the losses don’t mean as much. But he still cares deeply.”

Don’t mistake Dalpe as simply a passenger 600 games in. If this season has proved anything, it’s that the scoring touch that made him the 45th overall pick in 2008 is still very much kicking around - as exemplified by his team-leading 28 goals on the year.

“I’ve seen a lot of people go through this league,” said Kinnear. “I don’t think anyone likes to score more than Zac Dalpe.”

Never give up on a play ? pic.twitter.com/ERpVKqDftt

The on-ice product is only half of the story of Dalpe’s journey through 600 games, though.

Kinnear has seen firsthand the growth of Zac Dalpe the person.

“He’s a good human,” said Kinnear. “I saw him as a young kid coming in here, now he has three kids and a great family and he’s leading the way here.”

Balancing life on and off the ice comes with the territory for veterans in this sport, and Dalpe has been a shining example of that to his teammates.

“I have a young kid at home too so I know the energy that you need to be a good father,” said Carrick. “He does that and then he always shows up ready to rock at the rink.”

Milestone night with his family in the crowd, can’t beat that! pic.twitter.com/adHgMAMDEq

Dalpe has plenty of reasons to celebrate hitting the 600 game mark, but his eyes remain on the bigger prize - one that he has this Checkers team poised to compete for.

“I’m proud of the games played obviously, but I want to win something at the end of those games played,” said Dalpe. “Hopefully we have the right group to do it here.”