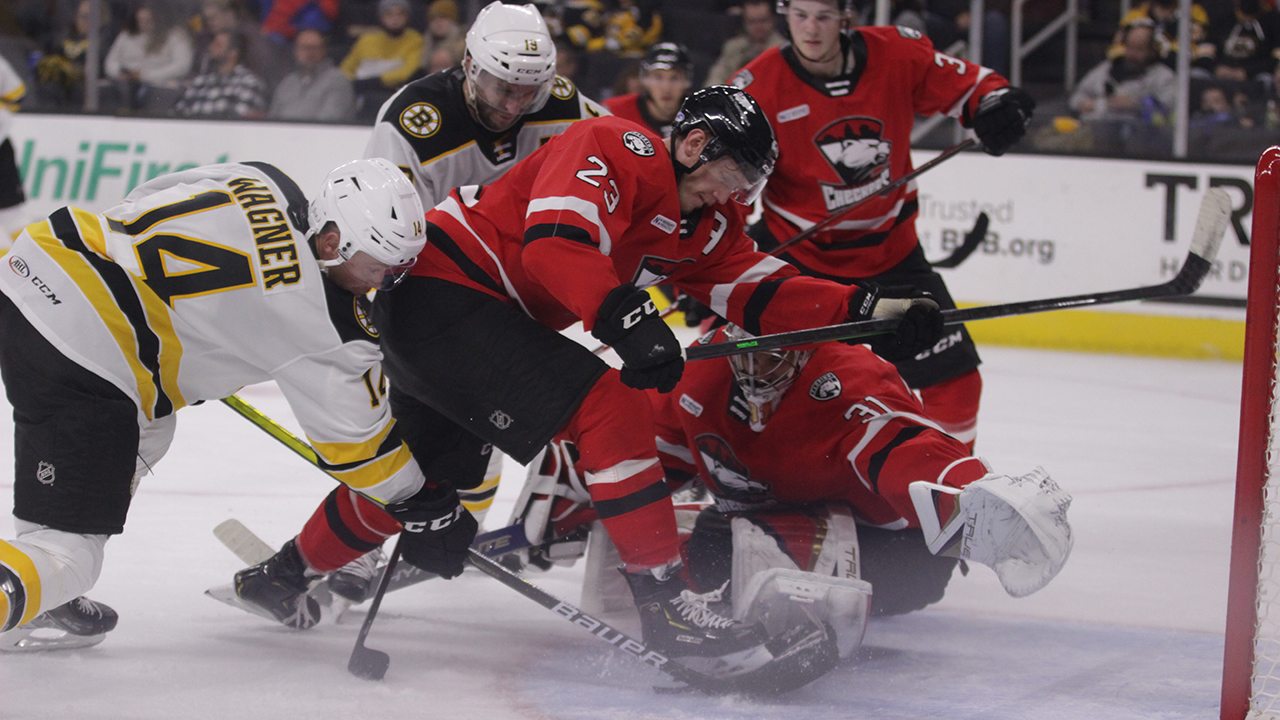 The Checkers and Bruins locked in a back-and-forth affair Friday night, but it was Providence that emerged victorious by a 4-3 score.

Charlotte’s offense broke the ice late in the first thanks to a power-play snipe from Grigori Denisenko, but that would be the only conversion they saw on six man advantages across the night.


SCORE SHEET PHOTO GALLERY
The scoring bounced between the two sides, with the Bruins erasing Charlotte’s original lead within three minutes and the Checkers returning the favor by responding to Providence’s subsequent go-ahead tally less than 90 seconds later. The game’s difference came on either side of the second intermission, as the Bruins took a 3-2 lead with under three to play in the middle frame and then doubled that advantage 61 seconds into the third.

That would prove to be enough for the home squad, as Charlotte’s late rally ran out of time and the Checkers were handed a road trip-opening defeat.

Both sides fired plenty of rubber on net across regulation, with both Christopher Gibson and Providence’s Kyle Keyser stopping 31 shots on the night.

Tonight snapped a three-game point streak for the Checkers … This was Charlotte’s first regulation loss since the season opener in Hershey … The Checkers are now winless in each of their last two contests … Lucas Carlsson recorded his second multi-point game of the season, tied for the most on the team … Alex True and Logan Hutsko both saw their point streaks come to an end … Grigori Denisenko, Maxim Mamin and Henry Bowlby all scored their first goals of the season … The Checkers snapped a two-game scoring drought on the power play … Christopher Gibson has recorded over 30 saves in each of his last two starts … Zac Dalpe returned to game action after missing the last contest due to injury … Max McCormick, Luke Henman and Frank Hora were all healthy extras