Passion For The Game Pushes Zac Dalpe To A Stellar Season 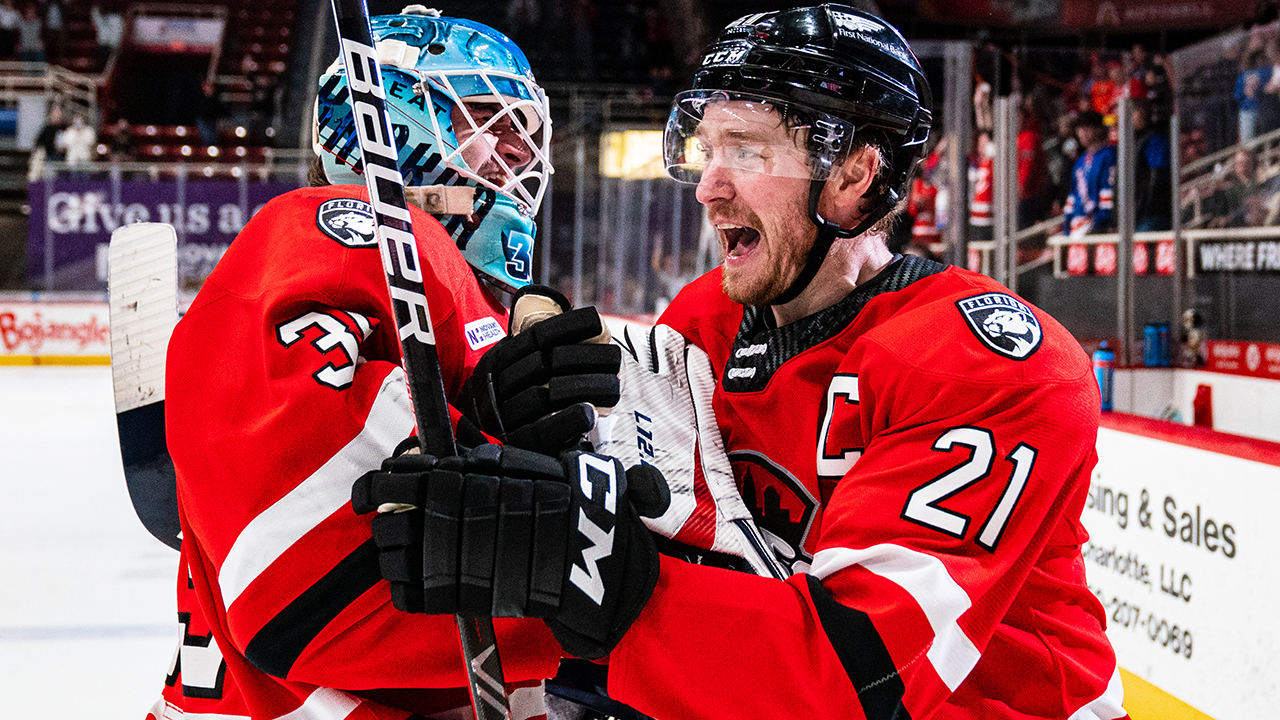 Moments after the final horn sounded on the Atlantic Division Finals, an emotional Zac Dalpe emerged from the locker room to speak to the media.

The loss put an end to his 12th pro season, but it was evident that the grind of those 600-plus games hasn’t chipped away at his drive in the slightest.

“I’m upset,” said Dalpe after the game. “I’ve played a long time and I haven’t won anything, and I really want to win. I’m upset.”

It was a disappointing end to the season, but the passion that made his team’s elimination sting so much is the same passion that helped push Dalpe to what was a tremendous campaign.

When the 12-year pro made his return to the Queen City at the start of this season, he became the obvious choice to serve as the captain for a team filled with impressionable prospects. There was also the added challenge of joining two different organizations into one locker room, but it was a challenge he tackled head first.

“I don’t want to say I’m a grizzled vet, but I’ve been around the block a bit,” said Dalpe. “Once I realized how special of a room we had, it was easy for me to kind of drive the boat a little bit. With the coaching staff and the way we wanted to play, it was easy to be a leader. I take great pride in that.”

Dalpe’s impact on this team went beyond just the leadership aspect, though. The veteran forward was the offense’s driving force all year, filling up the net for a team-leading 30 goals while becoming just the fifth player in franchise history to reach that mark.

“I just trust my game and I work hard when no one is watching,” said Dalpe on the key to his offensive surge. “You hope that the harder you work, the luckier you get. And I shot the puck a lot.”

For someone like Checkers Head Coach Geordie Kinnear, who has coached Dalpe in both of his stints with Charlotte, the common thread of passion and hard work is evident in his approach to the game.

“He has a passion like he’s just learning how to play the game,” said Kinnear. “He comes to the rink and loves the game, he loves to score goals, loves to shoot the puck, loves practice, loves workouts, loves being around the guys. When you have that much fire and passion for something, you’re going to do it well. He works extremely hard and his energy and passion for the game is second to none, and I think it just runs through the room.”

It’s no secret that Dalpe has battled more than his fair share of injuries throughout his career. Year 12 proved to be a high water mark, however, as he stayed in the lineup for the vast majority of the year - a highlight produced once again by hard work.

“I played the most games in my career this year,” said Dalpe. “I’ve never played over 61 games and then this year I played 68. I switched up my training last summer, and then obviously having Artie [Hairston, the Checkers strength and conditioning coach] here, I trained a lot during the season and I think that kept my strength. I didn’t wear down as much as I used to.”

Even with all the mileage that he has accumulated over his career, Dalpe remains hungry for that NHL chance. His play earned him a game with Florida early on in the year, and he uses that drive not only internally, but as an example to his teammates.

“I’m 32 years old and still kind of knocking at the door to get to the NHL,” said Dalpe. “That’s something that I take pride in, showing these young guys that you can be this much into a career and still have a chance. It’s not over after your entry level or whatever. I’m still trying to make it too.”

The passion remains a constant driving factor for Dalpe even 12 years into his career. But for all the emotion that came with this season, from the personal successes to the call ups to the tough ending, there’s now a bigger picture for him - his wife and three boys, who could often be found all around the rink.

“It’s funny, life goes on,” said Dalpe. “That’s what helped me throughout the year too. When you lose or play bad, they don’t deserve the attitude that you have coming home from the rink. They keep you humble, they keep you sharp, they keep you awake. It’s special to see them. I always was a young guy looking at older guys with kids around the rink and I always thought that was going to be me one day. I can’t believe it is now. It’s something that I’ll cherish for the rest of my life.”

Dalpe has another year remaining on his current contract with the Florida Panthers, meaning he could very well be back in Charlotte next season. After making his triumphant return to the Queen City after almost 10 years away, Charlotte remains a special place to Dalpe.

“My wife loves it, my kids love it - they go to school here,” he said. “I don’t want to just be here for two years, I want to retire here and play more than two years here. Charlotte has been held near and dear to my heart from the start of my career. I love that my kids and wife love it.”